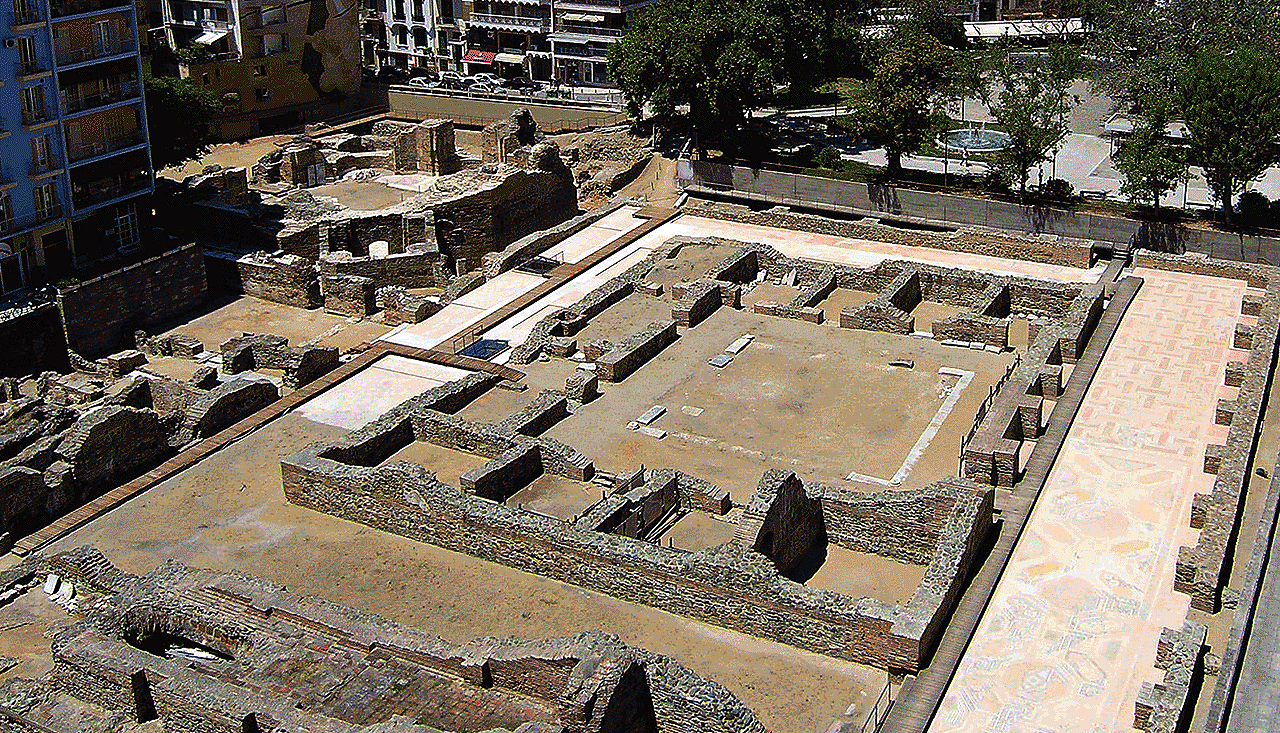 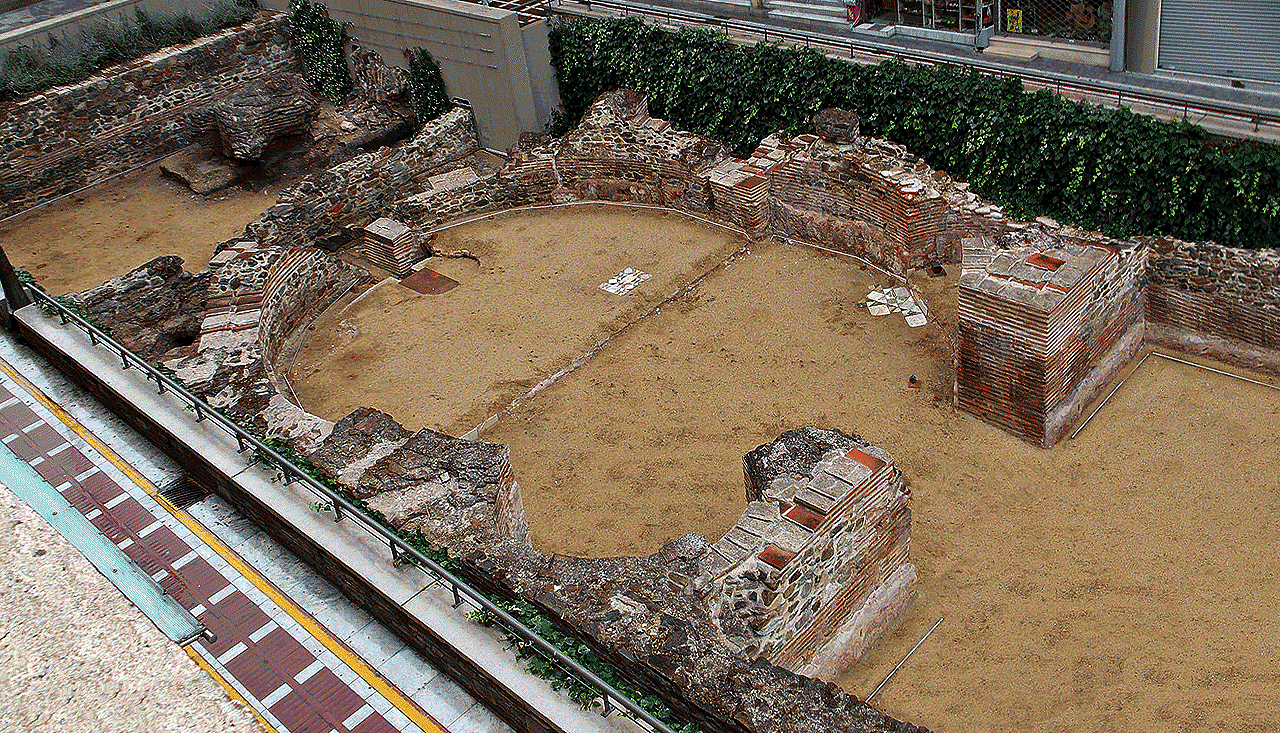 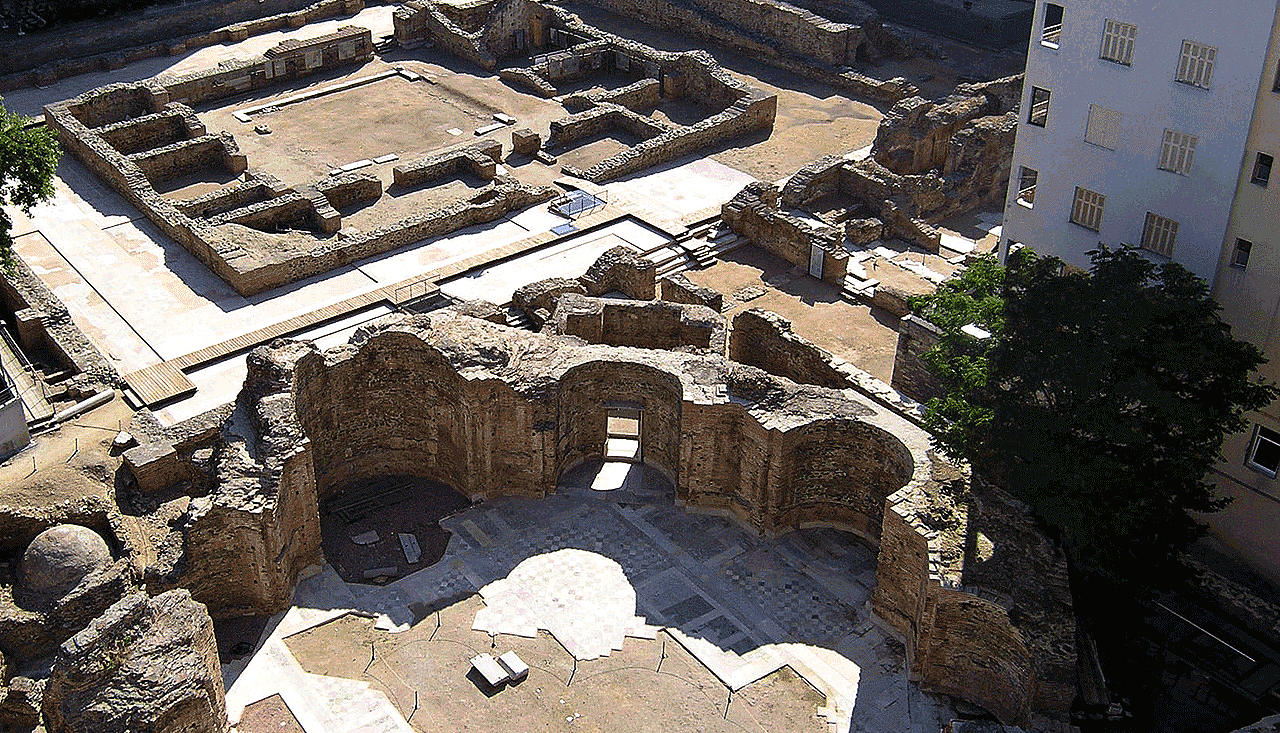 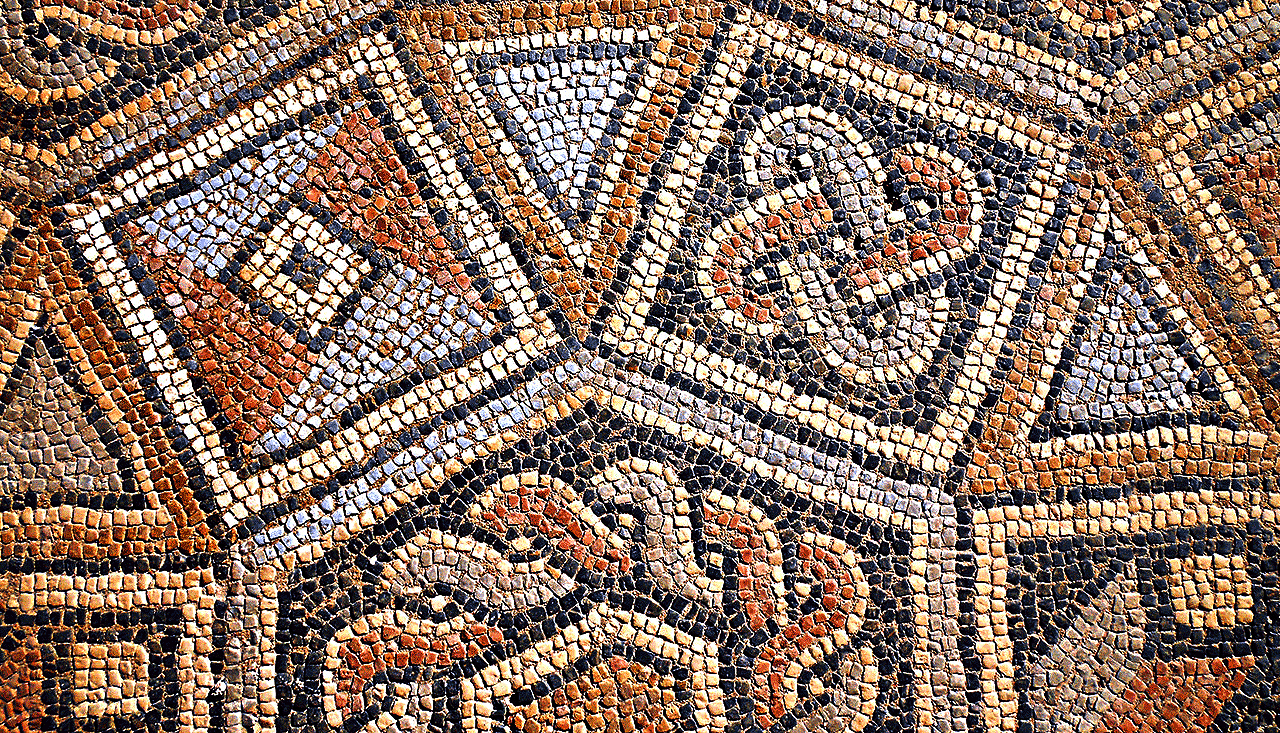 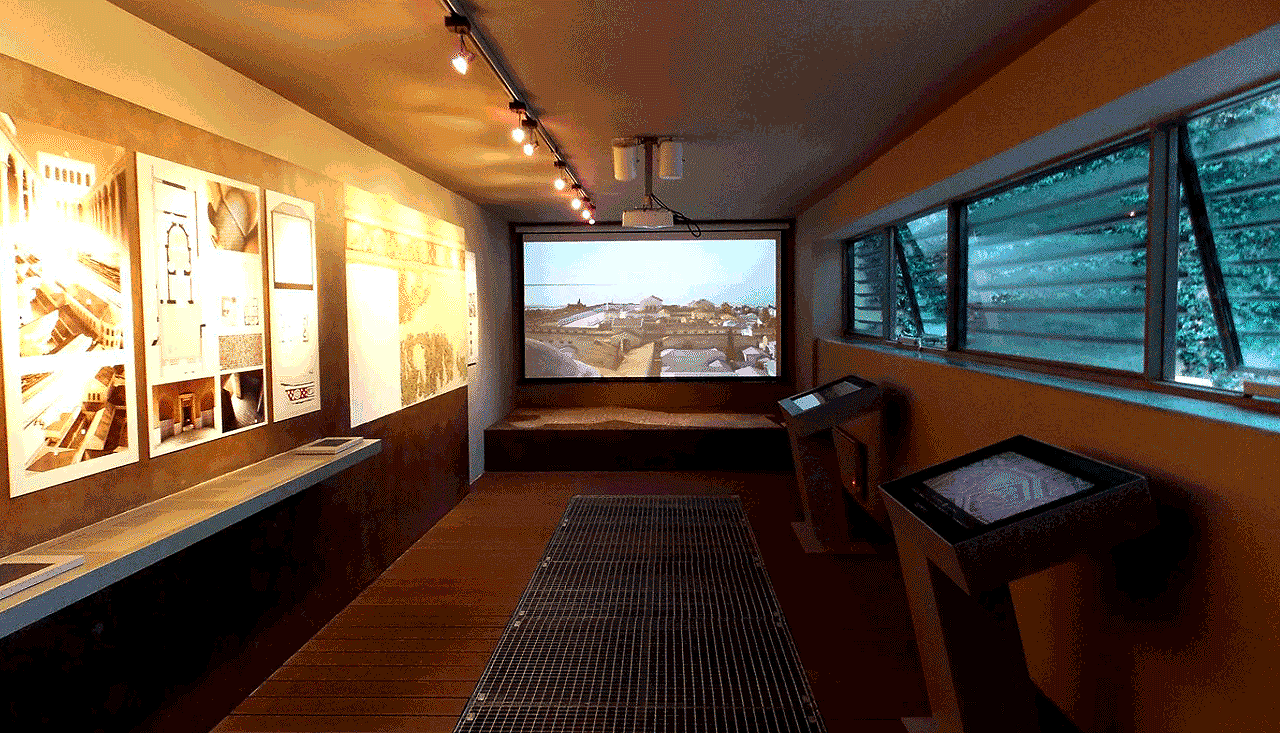 The Galerian Complex, the most important monumental group in Thessaloniki, was built at the turning-point of two worlds, the Roman and Byzantine. Its erection began in the late 3rd century-early 4th century AD, when the Caesar Galerius Valerianus Maximianus.

Significant building remains of the complex came to light in excavations carried out during the second half of the 20th century. Some of these, like the Apsidal Hall and the buildings at the archaeological site in Navarinou Square, are visible and open to the public, though most have been buried due to the reconstruction of the historic city center.

In 2008, the archaeological site received an award from the European Union and Europa Nostrafor the exceptional and exemplary restoration and conservation of its ruins, as well as the totality of interventions which transformed an abandoned site into a well-organized, educational one which functions as a pole of attraction in the heart of the contemporary city.

photos of the museum by galeriuspalace.culture.gr

Directions -> How to get there
More in this category: « Arch of Galerius “Kamara” Byzantine Walls of Thessaloniki »
back to top