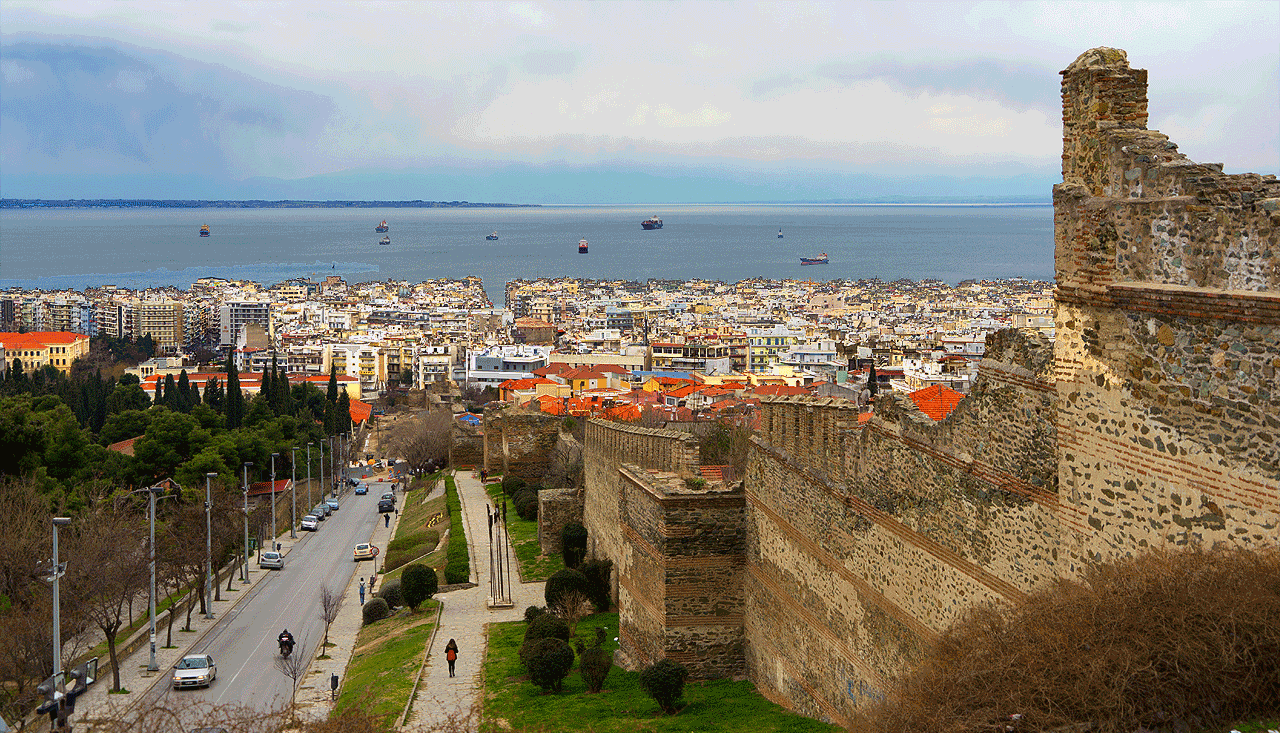 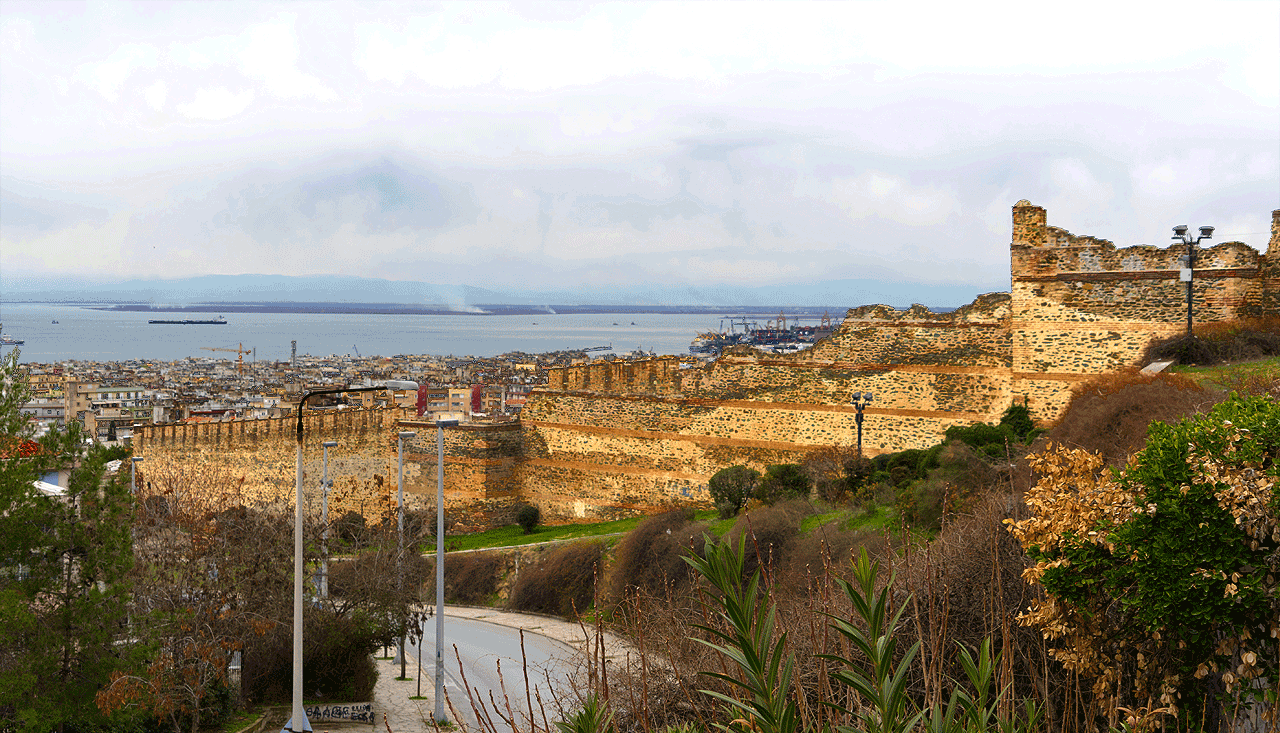 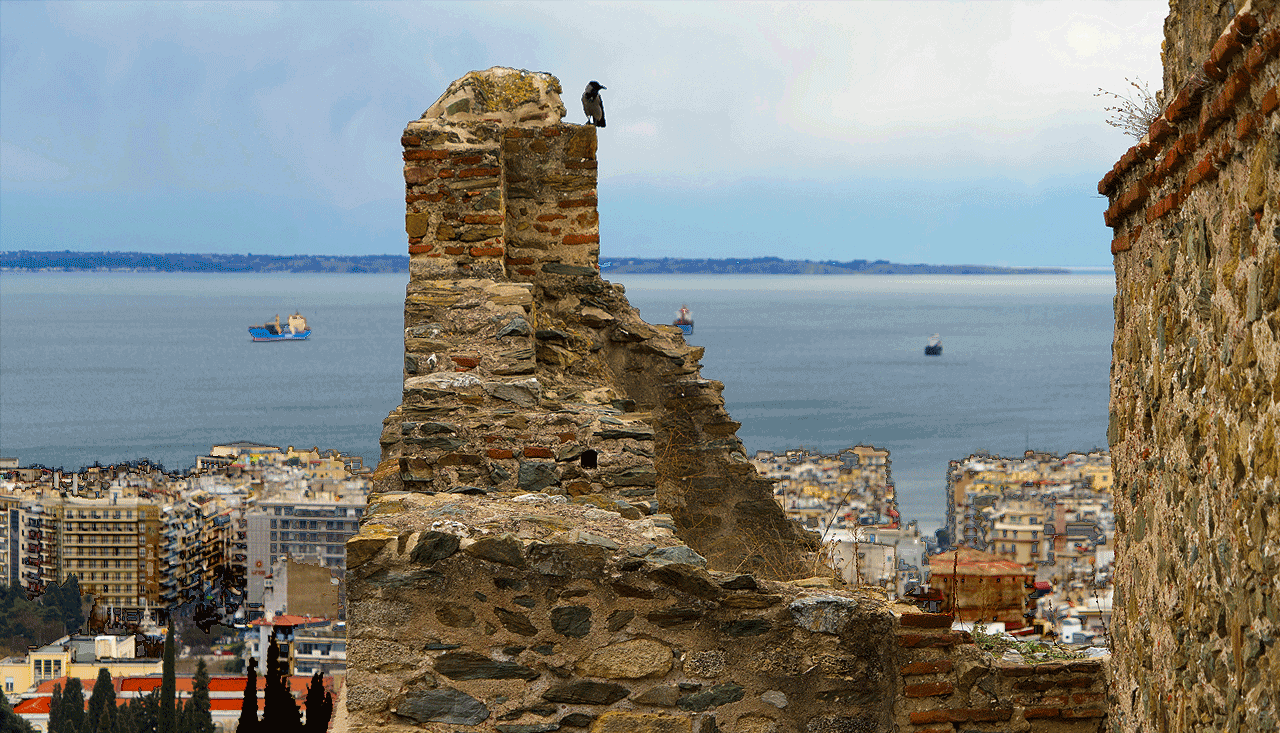 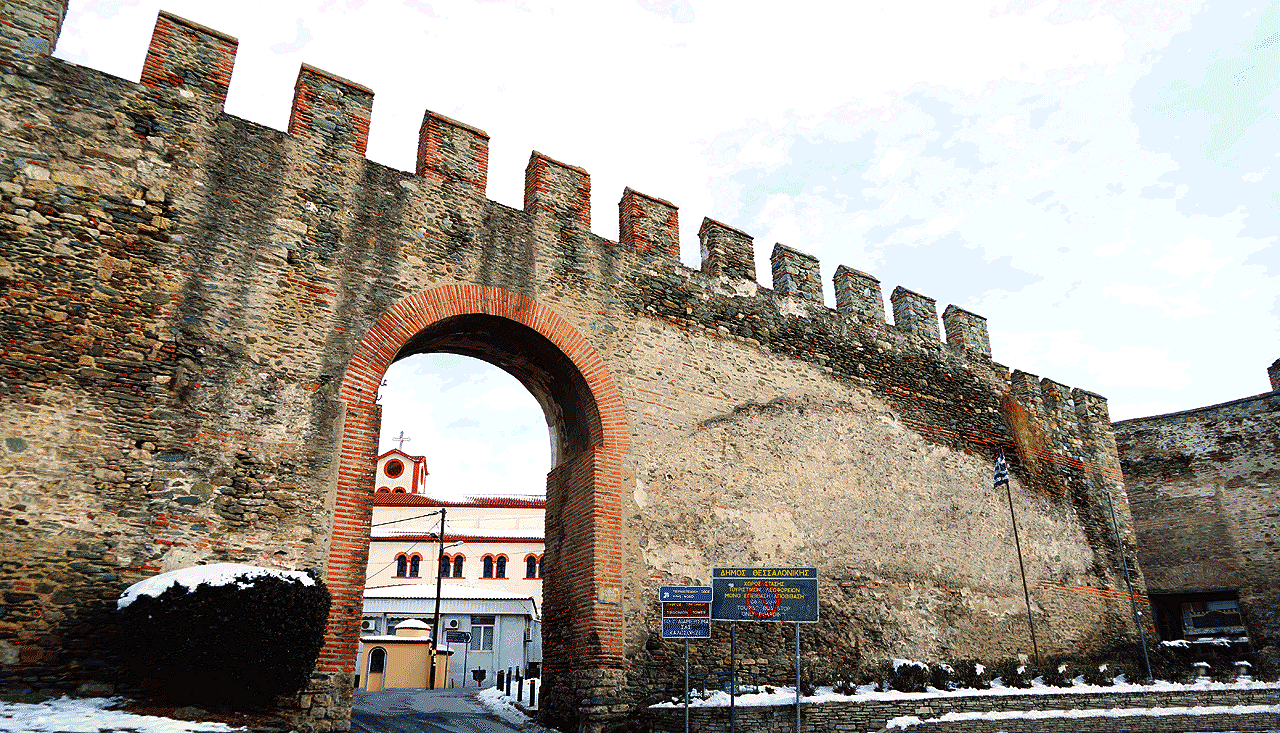 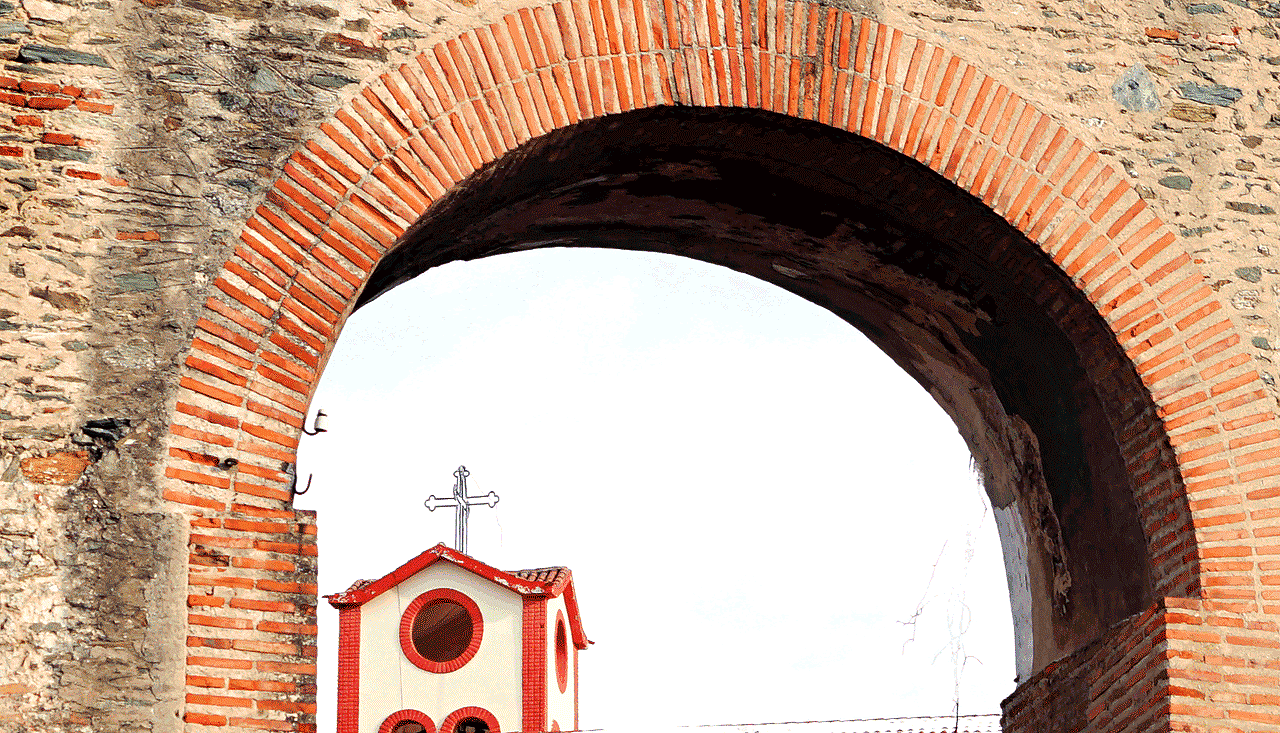 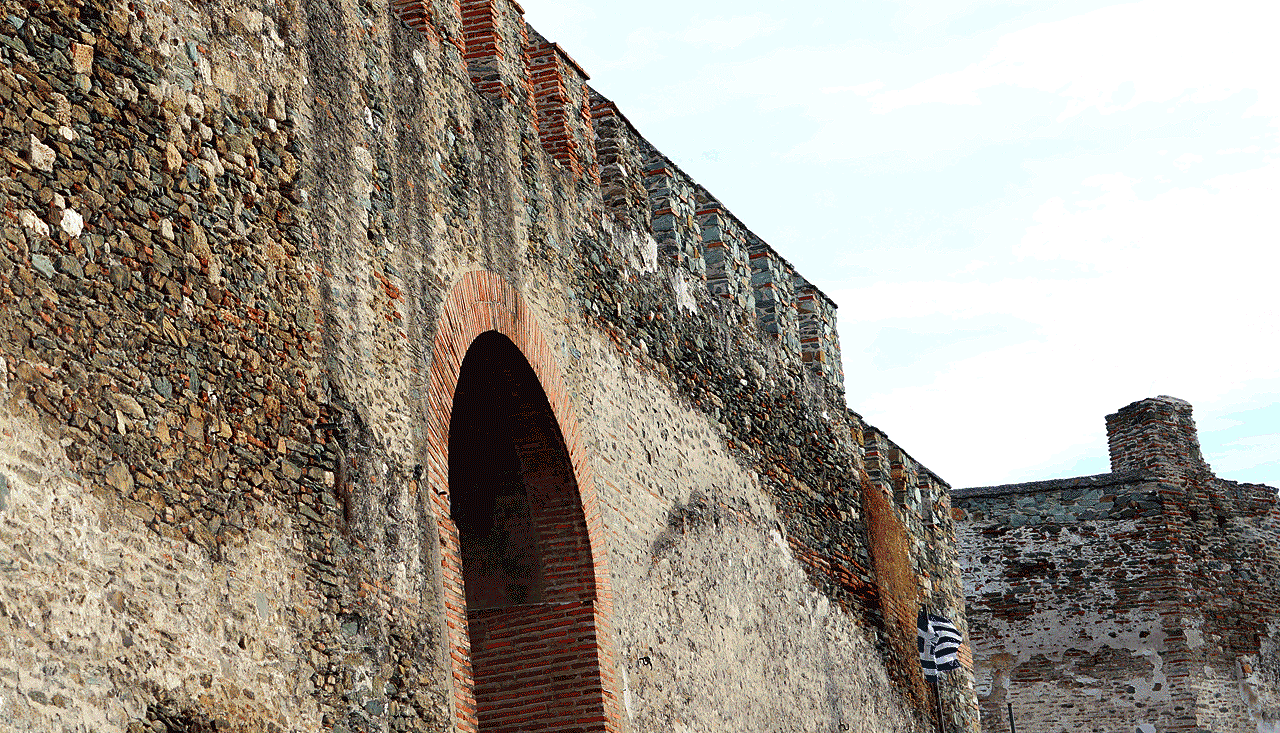 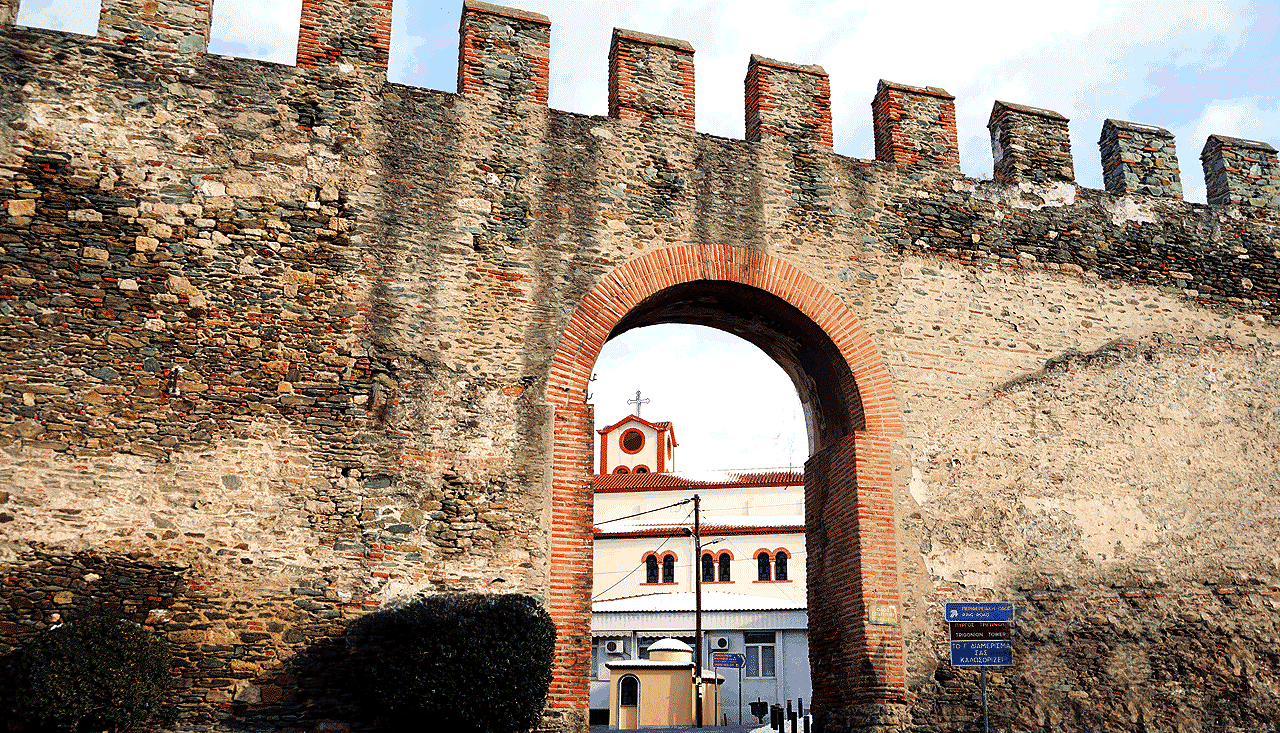 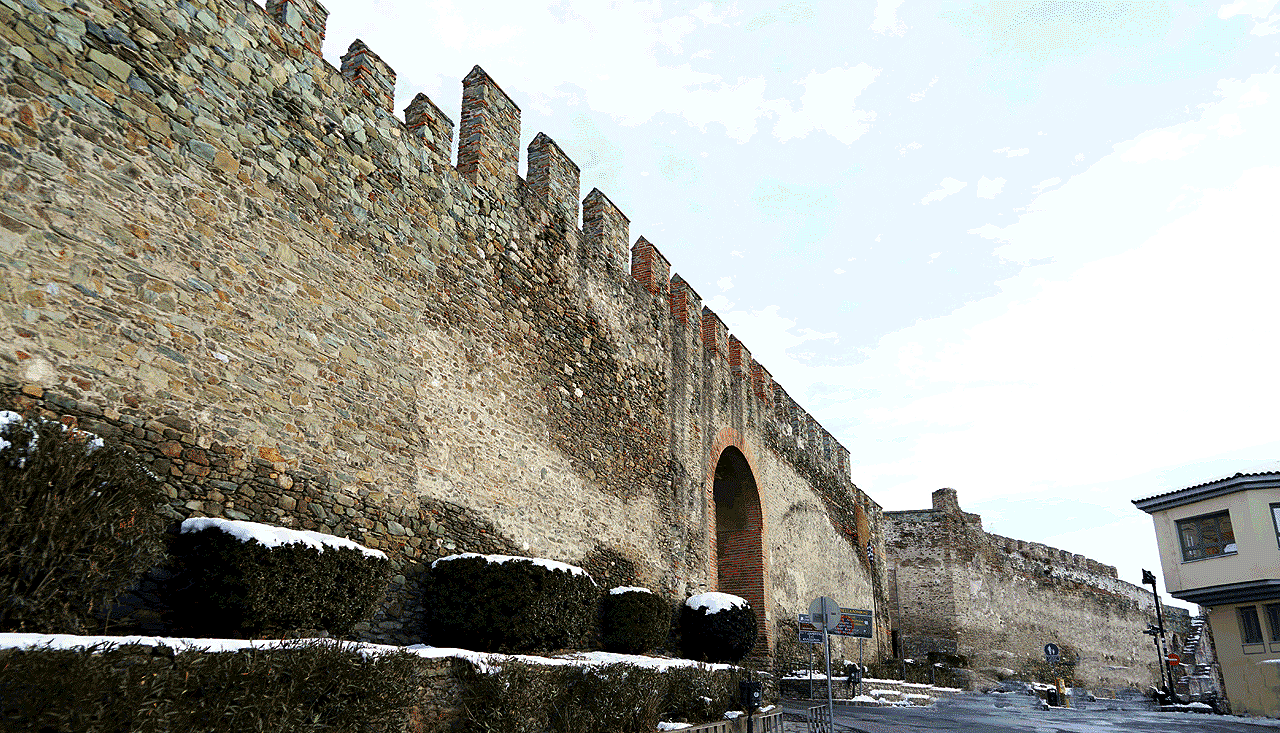 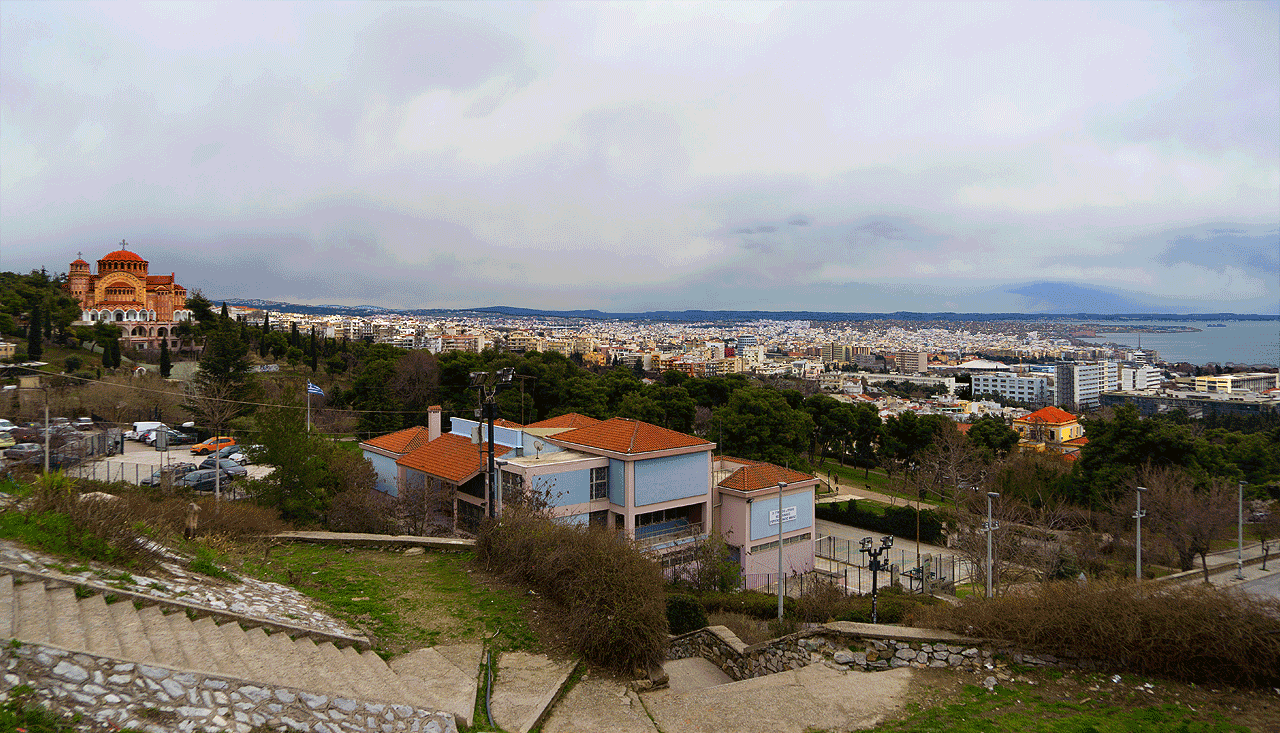 Thessaloniki was walled immediately after it was founded by Cassander; At the south-west end of the sea wall was the large artificial harbor that was constructed by King Constantine during his stay in Thessaloniki (322-323).  In 390 AD a series of large-scale changes took place by Theodosius I.

The new walls had the shape of a trapezium and were about 8 km long. Towers were built on the slopes of the hill, most of them rectangular. Triangular bulwarks alternated with rectangular towers at the most sensitive within it points of the Acropolis. On the side facing the sea, the city was protected by the sea wall, which also incorporated architectural members taken from the late Roman buildings in the Agora, probably for use in repairs made after the earthquakes of 620-630.

During  the 1st half of the 15th c. there  were efforts to boost it in the light of the Turkish threat; this is why certain scholars support that the Trigoniou Tower and the White Tower were built during that period.

The Acropolis was appended to the exterior of the north-east section of the enceinte, and followed the general arrangement of the fortifications in the lower city, with alternating rectangular towers and defensive triangular bulwarks at its most vulnerable points. Inside the Acropolis there is a large cistern in the south-east section which was used for the city's water supply. On the north edge of the perimeter wall is the Fortress of the Heptapyrgion, to the south of which an Early Christian basilica has been excavated.

At the end of the 19th century, the sea wall began gradually to be demolished, followed by large sections of the land walls in the lower, flat area of the city. The surviving fortifications, however, a length of almost 4 km, including the Acropolis and the Heptapyrgion, form an imposing complex; their height ranges from 8.30 to 10.50 m. and their width may measure up to 4.50 m, making them an impressive monument and one of great archaeological and cultural value. The line of the sea wall is being uncovered by excavations.

Directions -> How to get there
More in this category: « Galerian Complex-Arched Hall Trigoniou Tower in the city’s Byzantine walls »
back to top