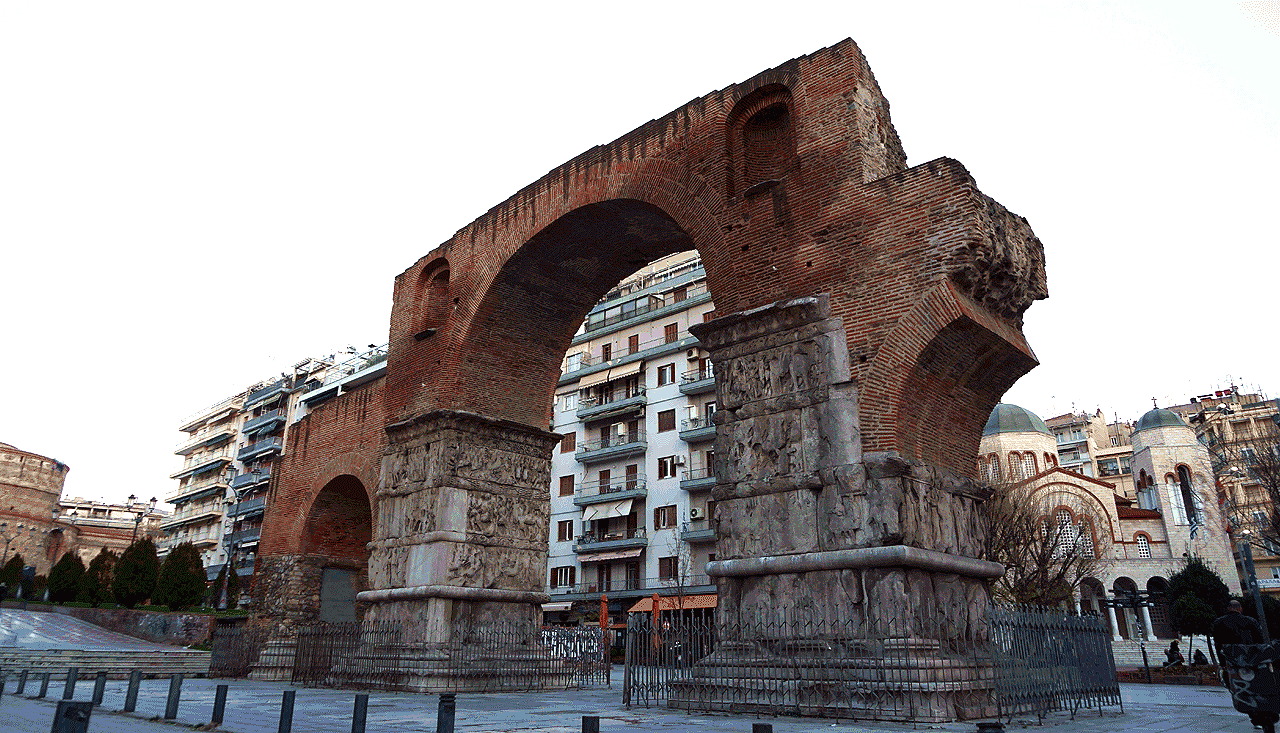 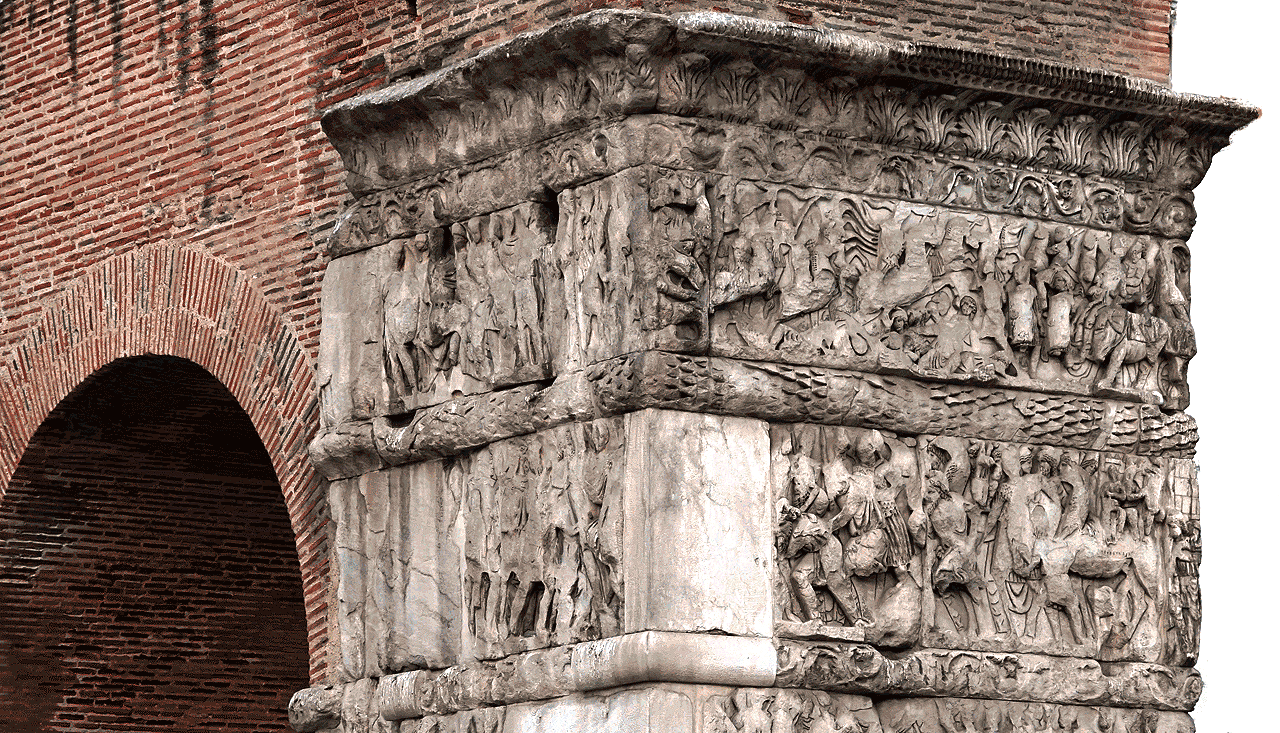 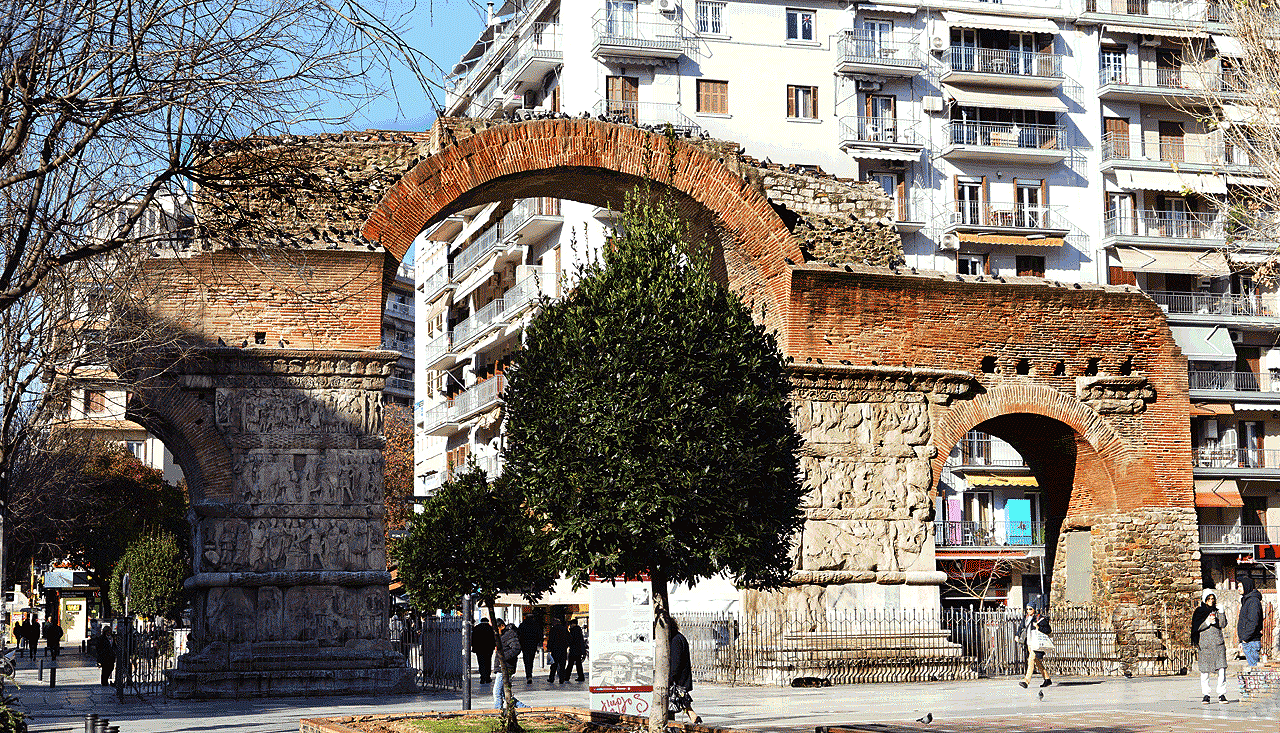 The Arch of Galerius (known today as “Kamara”), is perhaps the most distinctive and interesting roman structure of Thessaloniki. It is also one of the most popular destinations of the city along with the White Tower for both locals and tourists.

It was built to honor the Roman Emperor Galerius who returned victorious to Thessaloniki (about 306 AD) after the wars against the Persians. The triumphal arch was placed vertically on ancient Roman Egnatia Road, passed through the city and was part of the Roman palace which stretched further southwest, and where Navarinou and Ippodromiou squares stand today.

The structure was originally an eight-pillared gateway that formed a triple arch faced with brick and marble panels with sculptural relief. Only three of the eight pillars and parts of the masonry cores survive. The two pillars that flank the central arched passageway retain their marble sculptures that depict Roman soldiers fighting against the Persians.

The sculptured panels hold the interest of history buffs and art lovers alike. One panel shows Galerius attacking the Persian general Narses. Another depicts the imperial family, including Galerius’ wife, Valeria. The arch asserts the glory of the Roman tetrarchy and Galerius’ dominance and is located within the ruins of Galerius’ palace.

South of the square, the so-called “Apsidal Hall” of the complex was built. Today its remains are visible at the archaeological site on D. Gounari Street.

Directions -> How to get there
More in this category: Galerian Complex-Arched Hall »
back to top