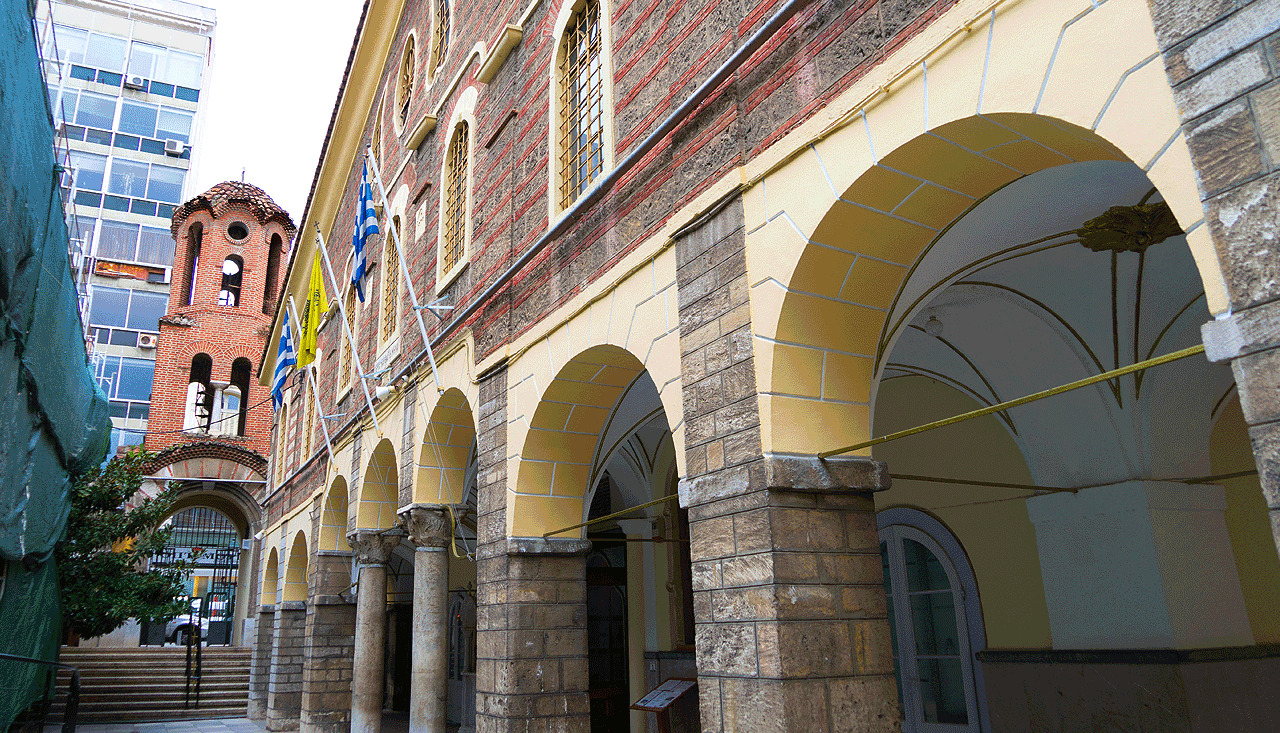 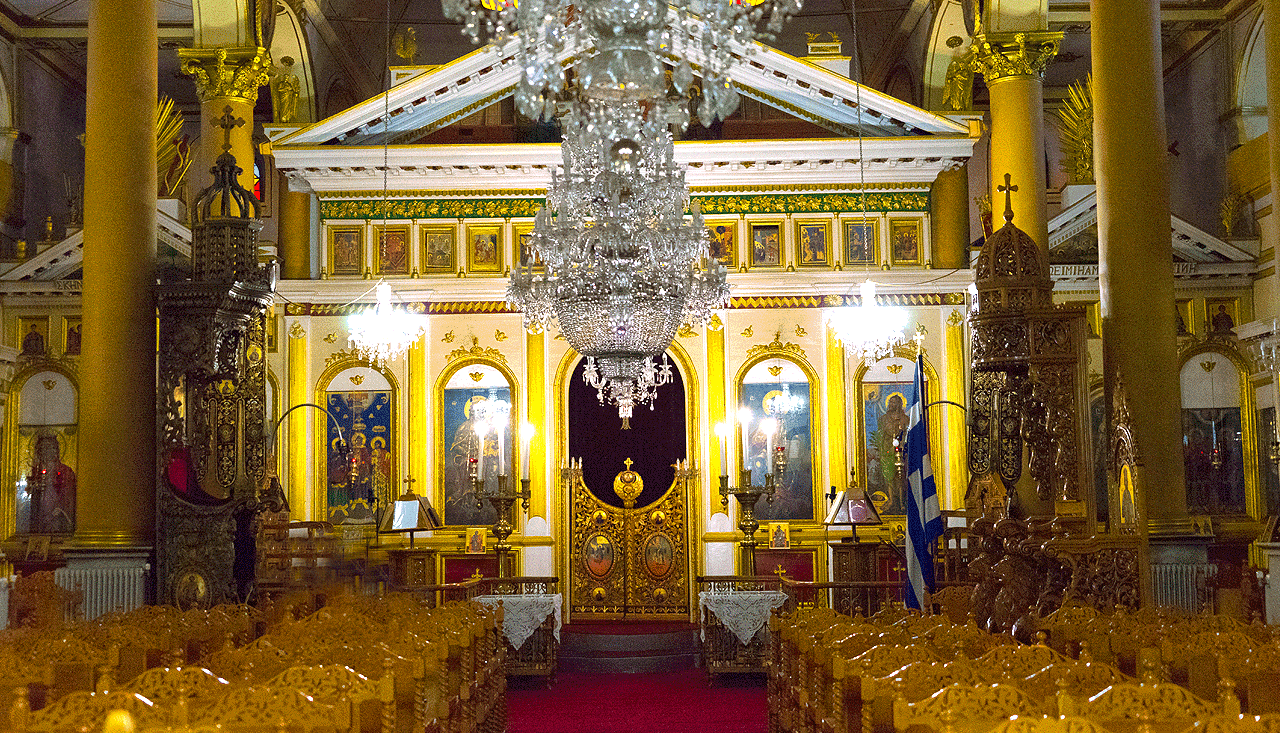 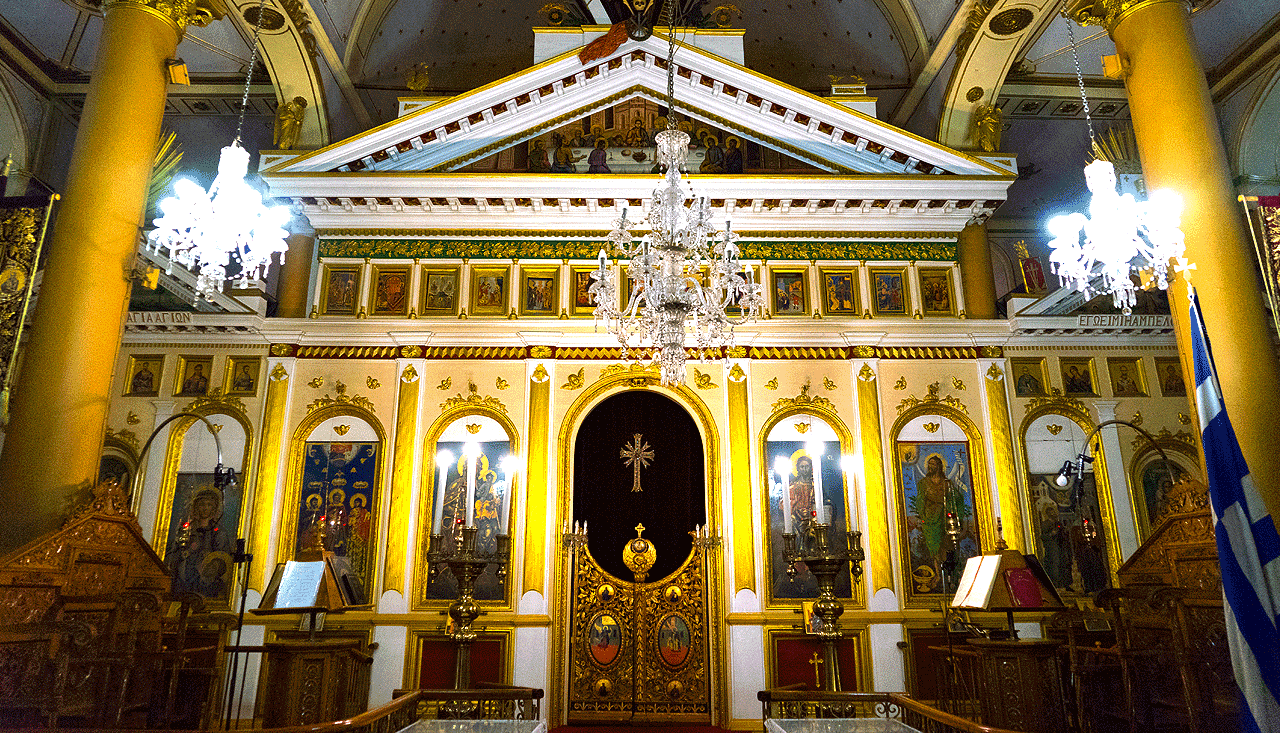 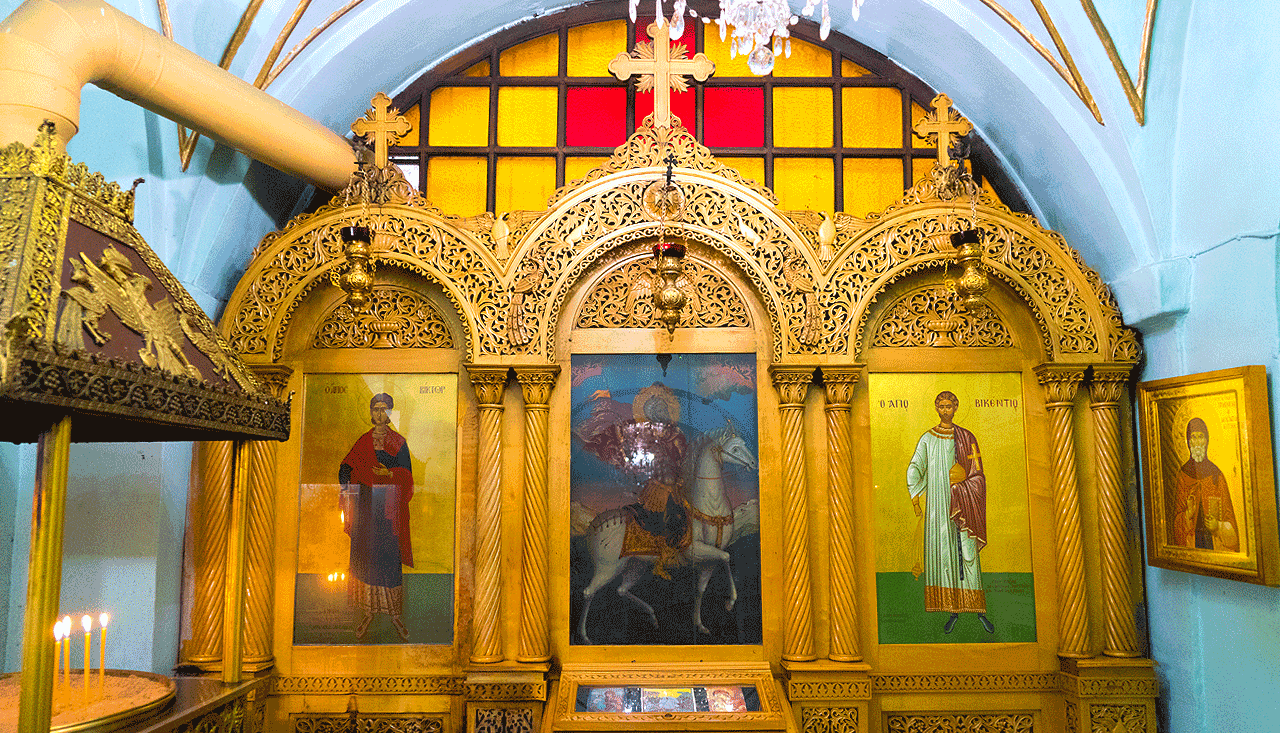 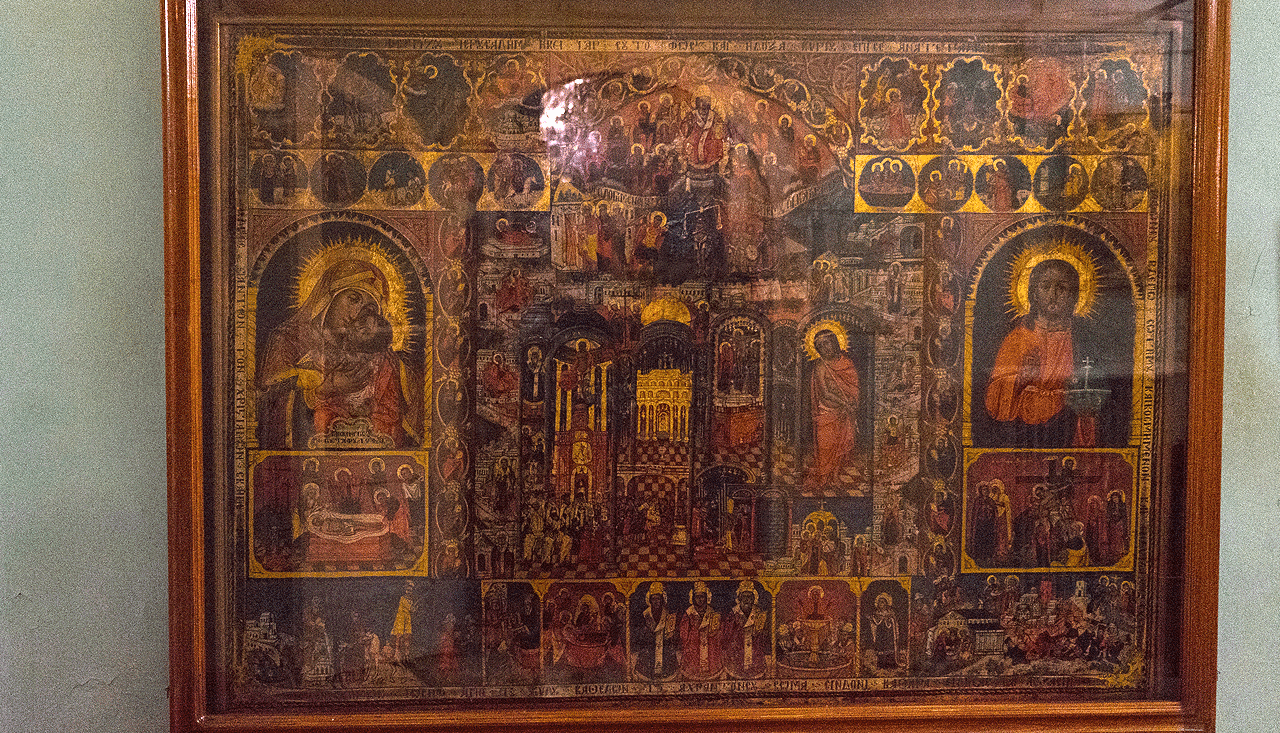 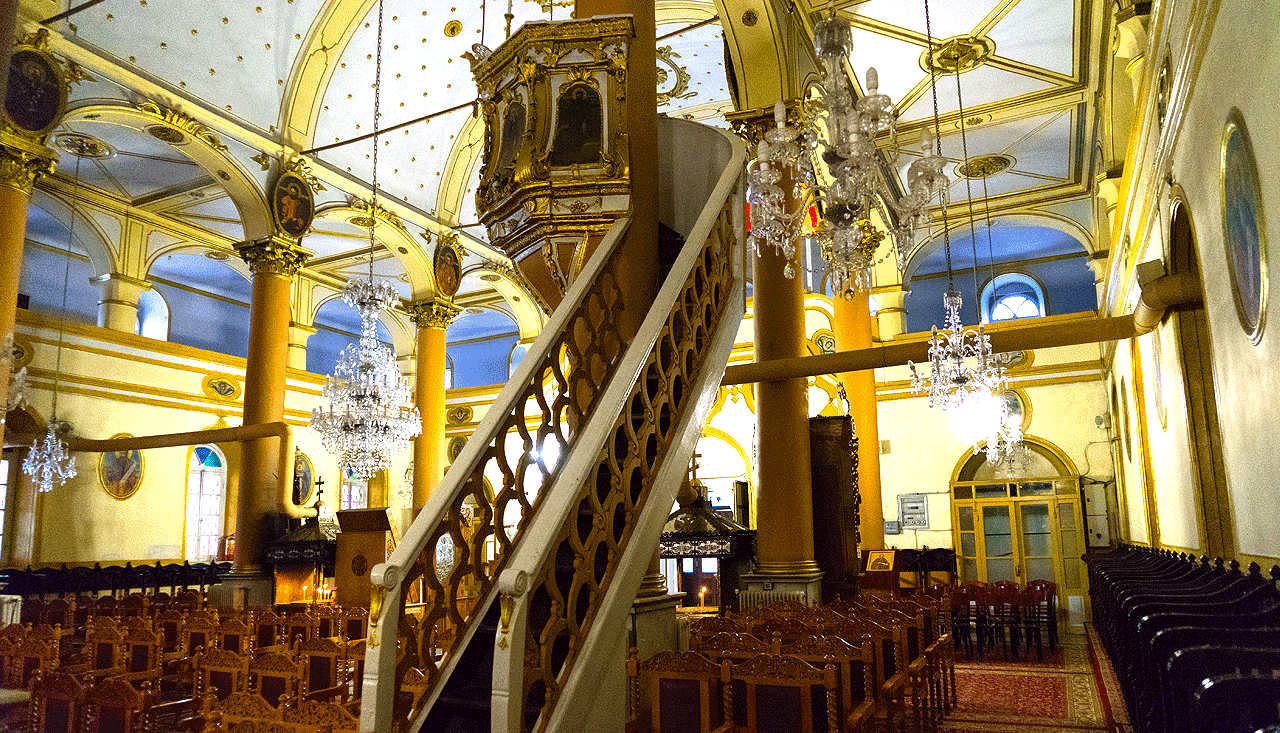 The original church of St. Minas was built during the 8th century and was the oldest church in the area. Testimonies of Byzantine documents affirm that the church existed and operated from the early 9th century Byzantine Thessaloniki as the Turkish invasion of 1492.

Unfortunately, the Church of St. Minas, along with another who was later built was destroyed by a series of fires that occurred in the region. The temple was destroyed in 1687 during the bombing of Thessaloniki from the Venetians and again by fire in 1700.

It’s just one of three monasteries in Thessaloniki not converted into a mosque after the Ottoman conquest of the city. It has burned down several times, and the most recent reconstruction took place in the mid-19th century. The church served as the Metropolis of Thessaloniki from 1890 to 1912.

In this church took place the holly service for the liberation of the city on October 26, 1912. Agios Minas is the protector of the commercial market of Thessaloniki.

Telephone: +30 2310 272700
Website: agiosminas.gr
Directions -> How to get there
More in this category: « Metropolitan Church of Saint Gregory Palamas Church of Panagia Deksia »
back to top