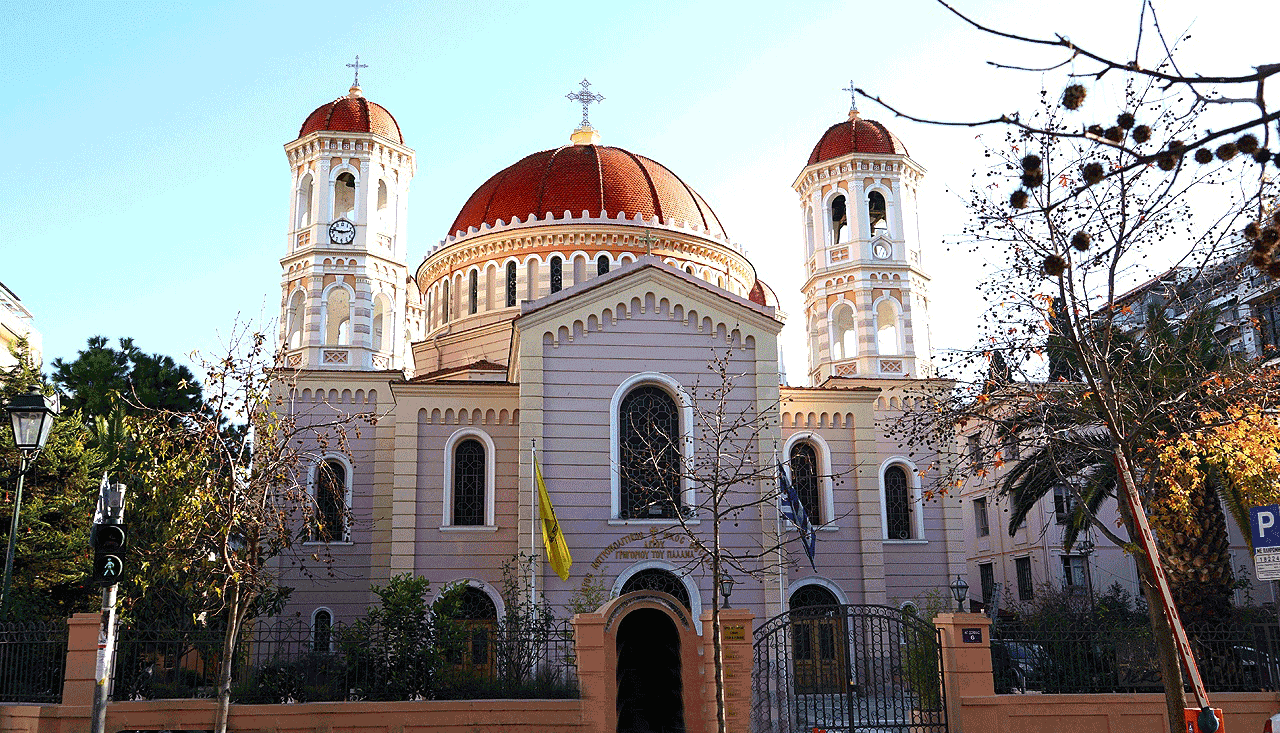 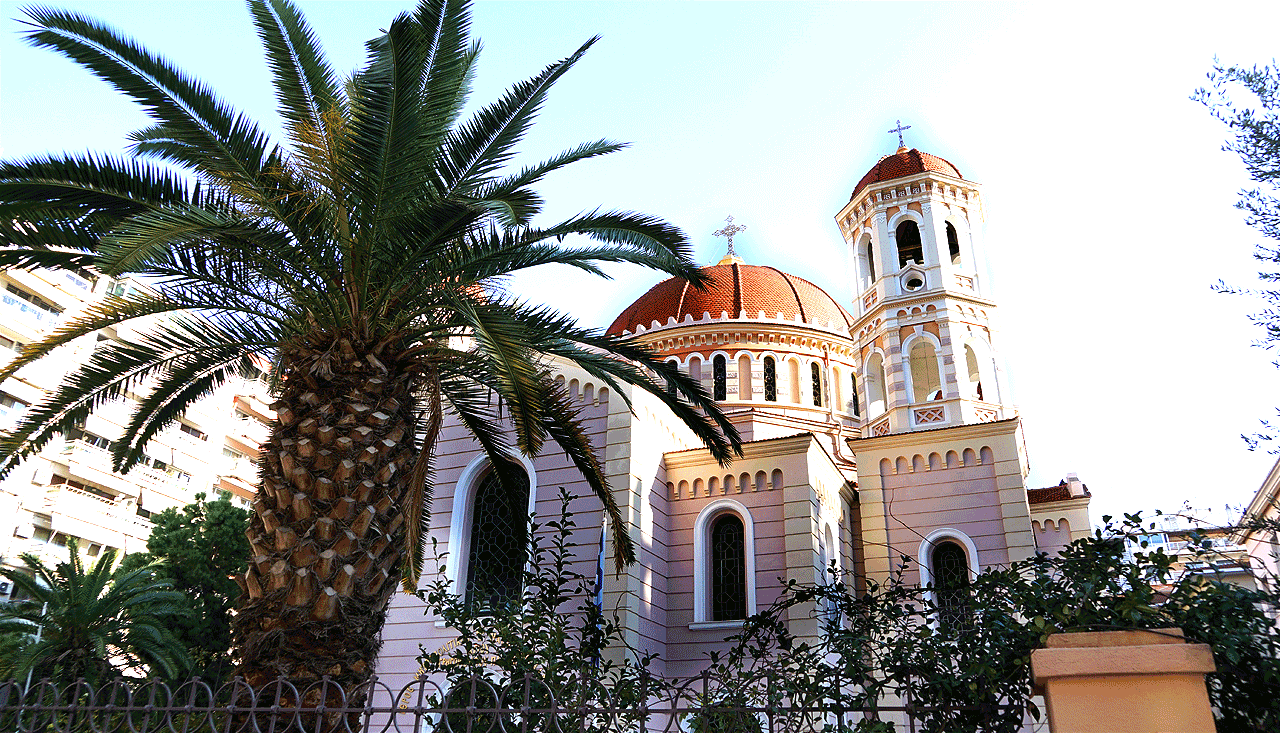 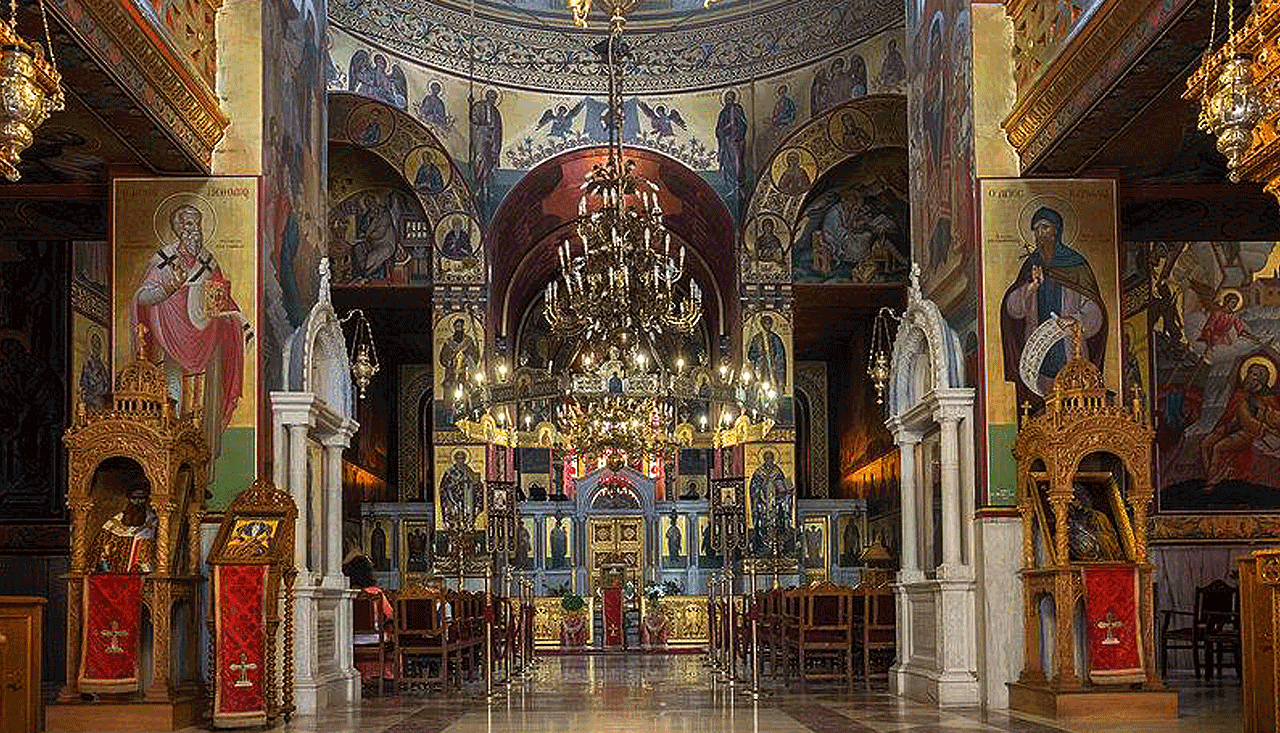 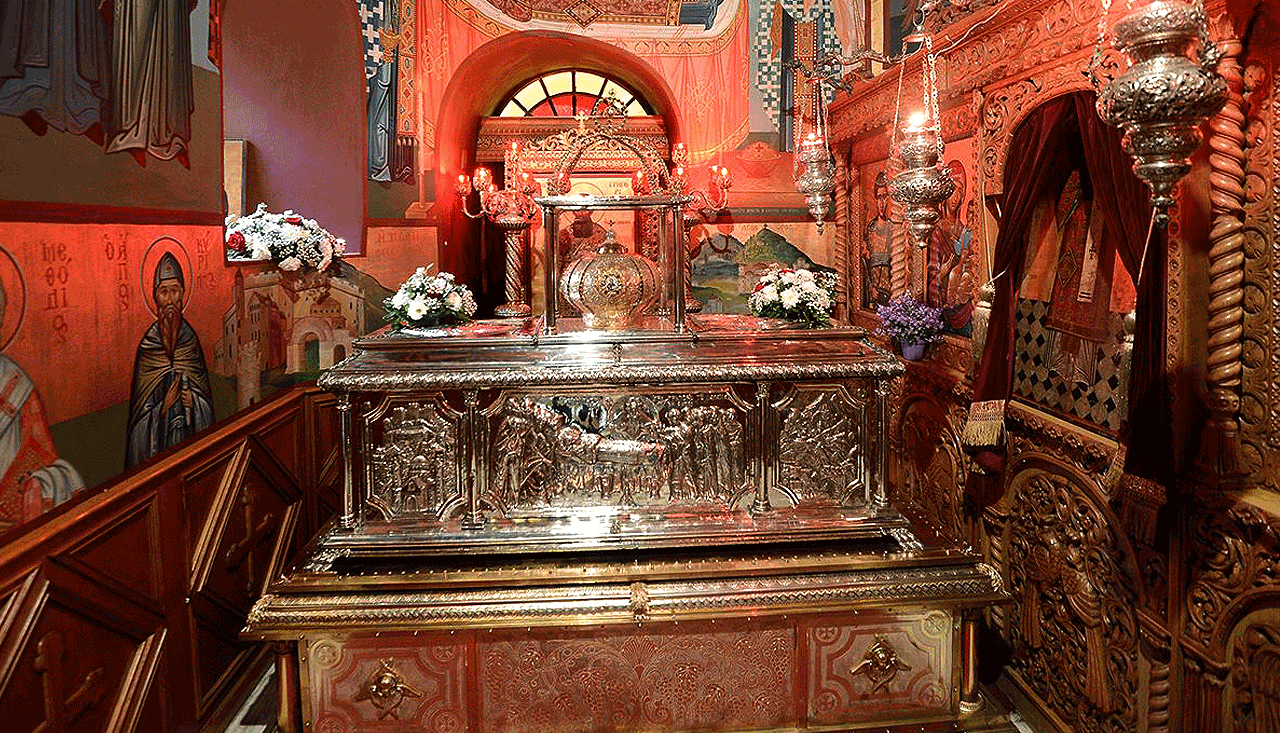 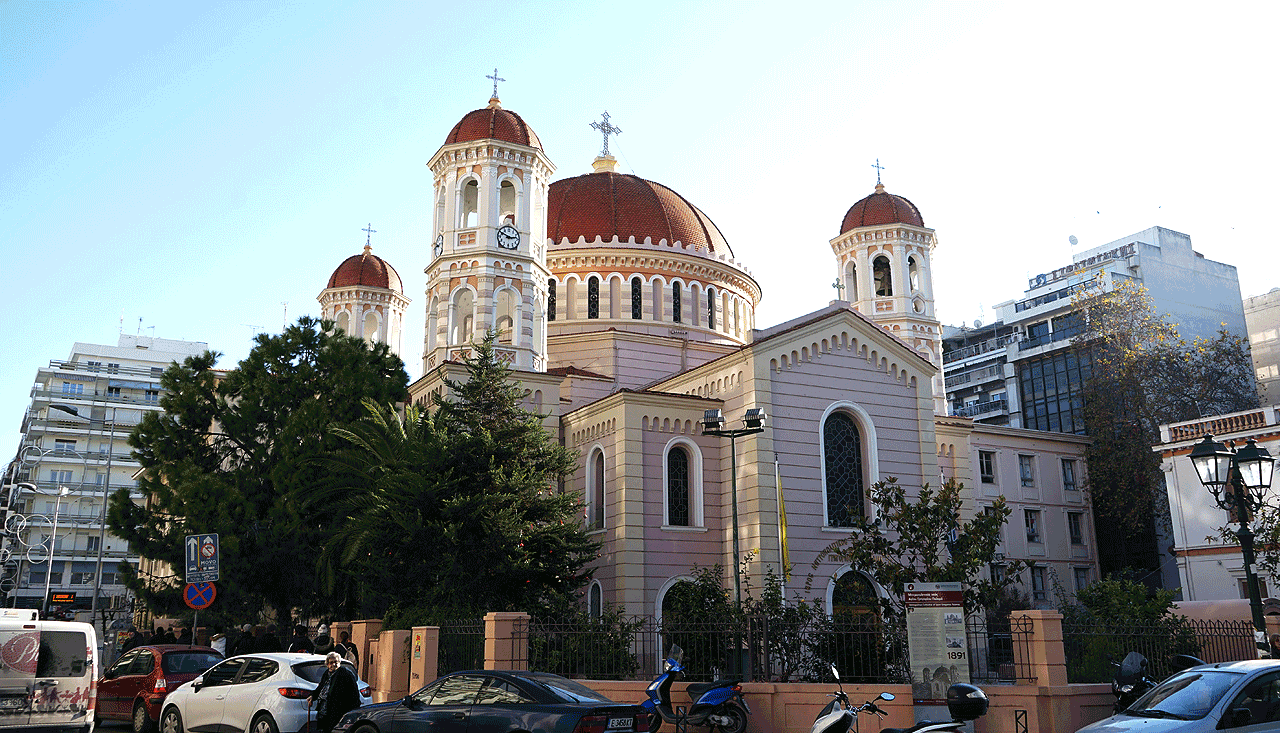 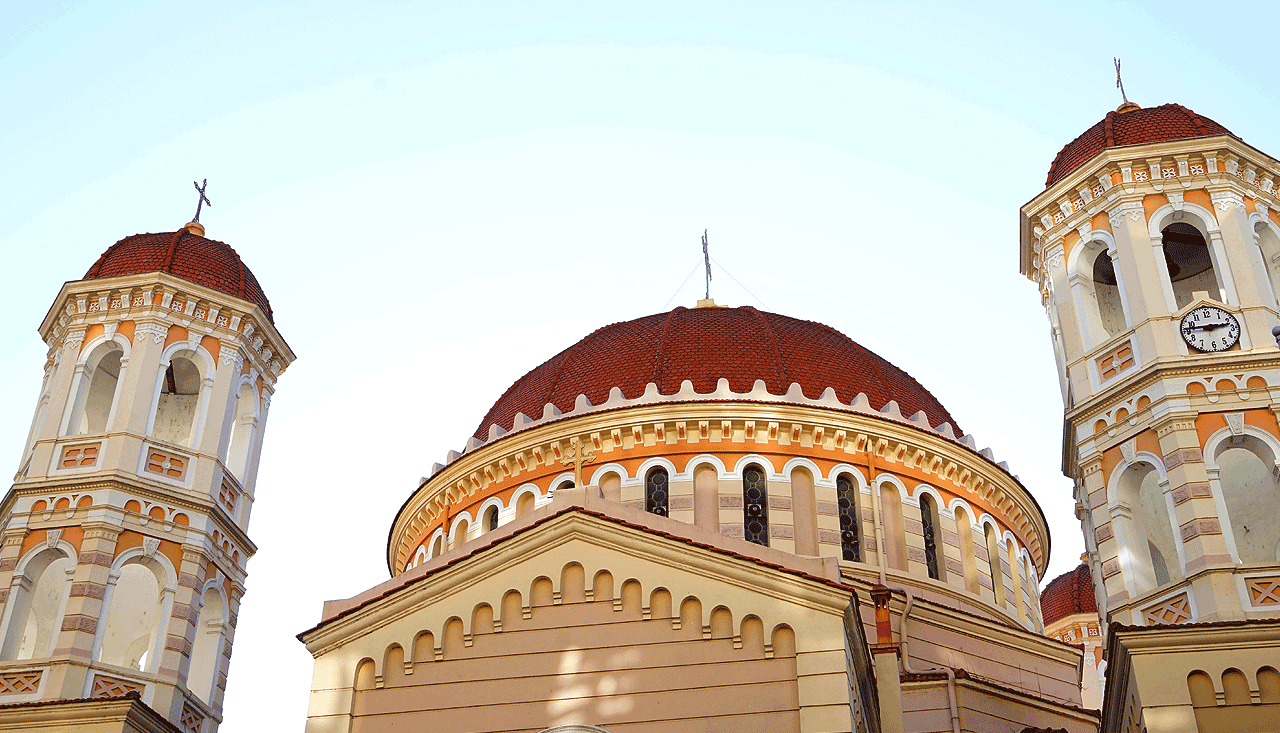 The Metropolitan Church of Thessaloniki is dedicated to one of the most significant saints in the Orthodox history, Saint Gregory Palamas, who was The Archbishop of Thessaloniki from 1350 to 1359 A.D. The relics of the saint are kept in this church.

The earlier church was a three-aisled Basilica type building, built in the late 13th century. At the end of the 16th century, it was established as the Metropolitan Cathedral of Thessaloniki, replacing both the Church of Saint Demetrios and Hagia Sophia, while it was destroyed in 1890 after a huge fire.

The present Metropolitan Cathedral was built between 1891 and 1914, and was the first domed church to be built in Turkish-occupied Thessaloniki. The architectural design of the reconstruction was done by Ernst Ziller and the modifications by his Greek colleague Xenofon Paionidis. Apart from the considerable Roman - Byzantine influences which can be easily detected, there are certain neoclassical elements, something quite reasonable, as the latest rebuilding efforts took place soon after the destruction.

The building is based on the Roman - Byzantine octagonal type while the main temple has a cross shaped form, similar to many other Orthodox churches. After the earthquake of 1978, when the frescoes were repainted, a secret crypt came to light under the altar, perhaps built and used as a hiding place during the Macedonian struggle (1904-1908). Now the crypt houses an historical exhibit.