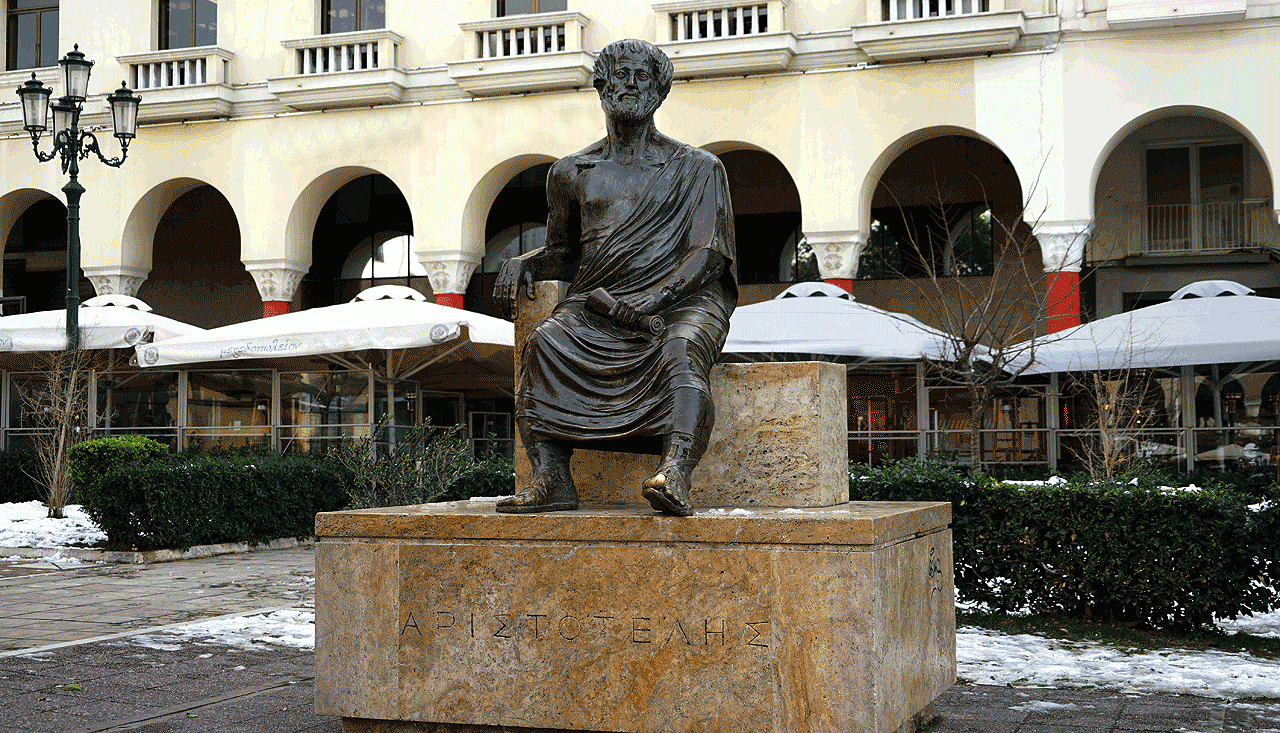 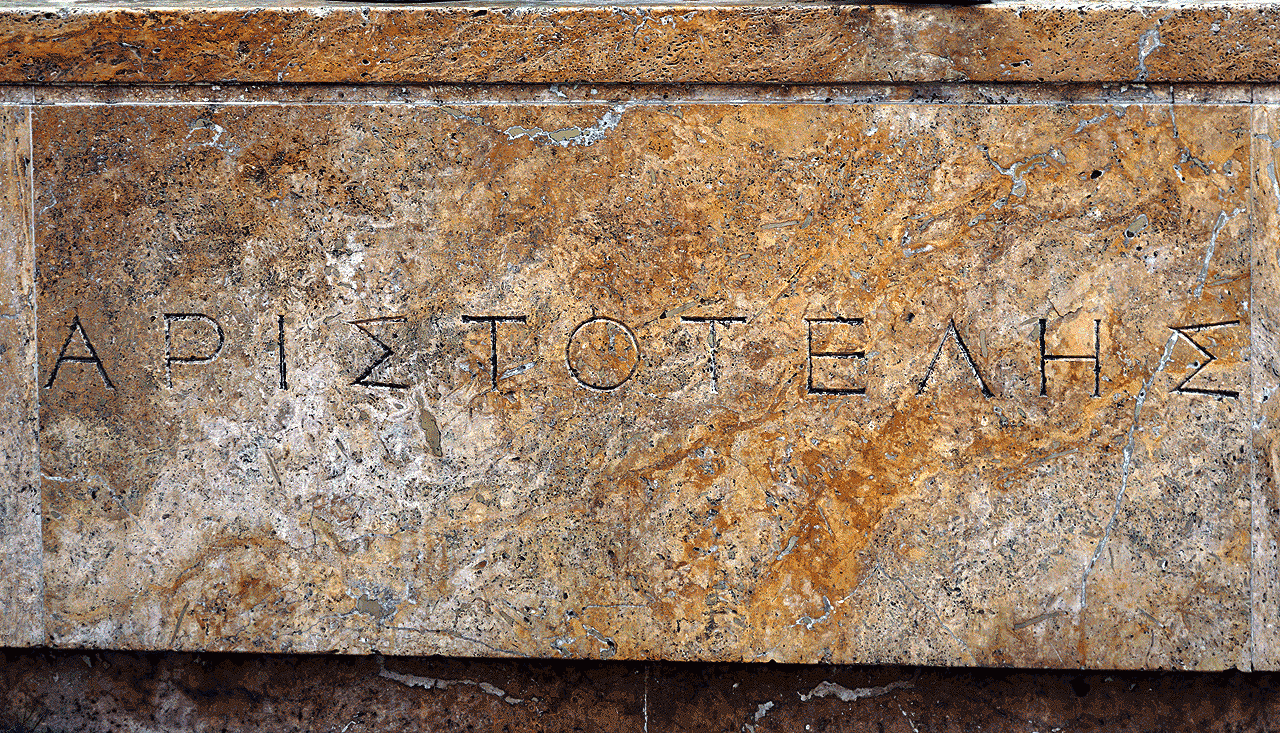 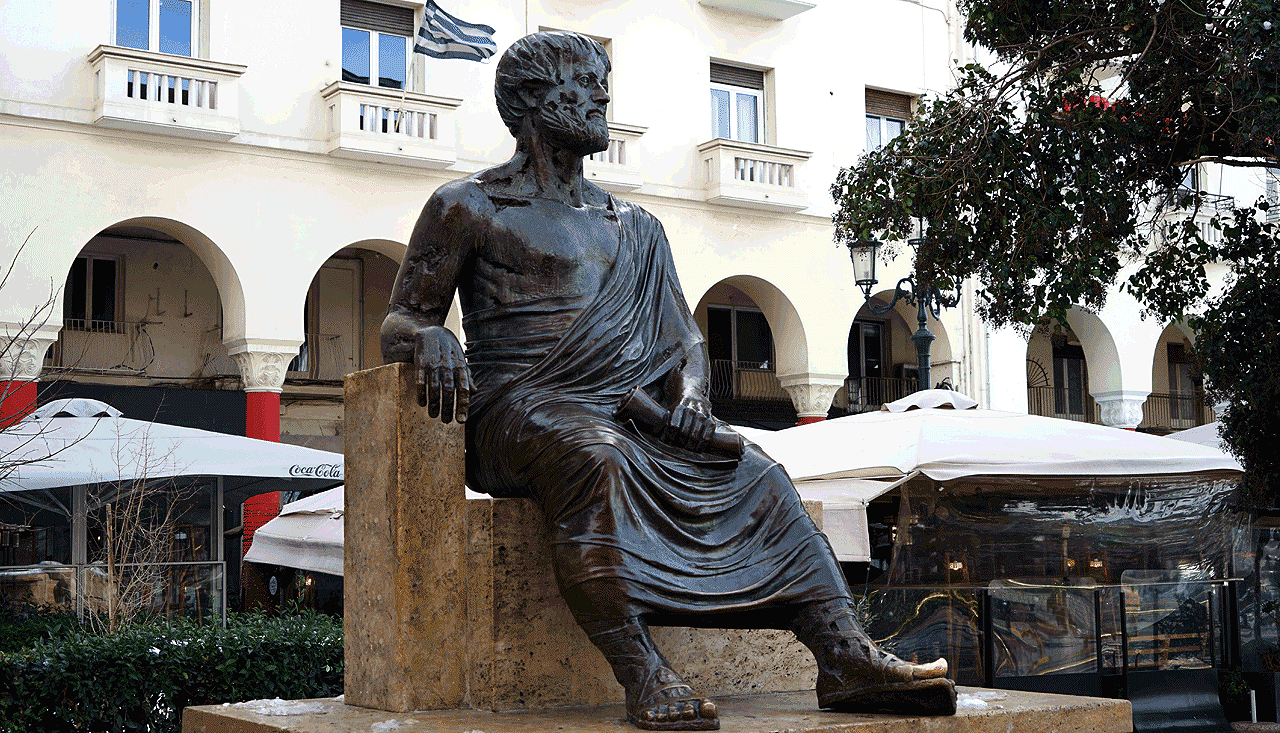 Aristotle, Greek Aristoteles, (born 384 bce, Stagira, Chalcidice, Greece—died 322, Chalcis, Euboea), ancient Greek philosopher and scientist, IS one of the greatest intellectual figures of Western history. He was the author of a philosophical and scientific system that became the framework and vehicle for both Christian Scholasticism and medieval Islamic philosophy. Even after the intellectual revolutions of the Renaissance, the Reformation, and the Enlightenment, Aristotelian concepts remained embedded in Western thinking.

The central square of Thessaloniki is named in honor of the ancient Greek philosopher Aristotle. The statue of the Greek philosopher appears to be holding a pergamine paper in his left hand, while his right one rests with serenity on a higher marble base.