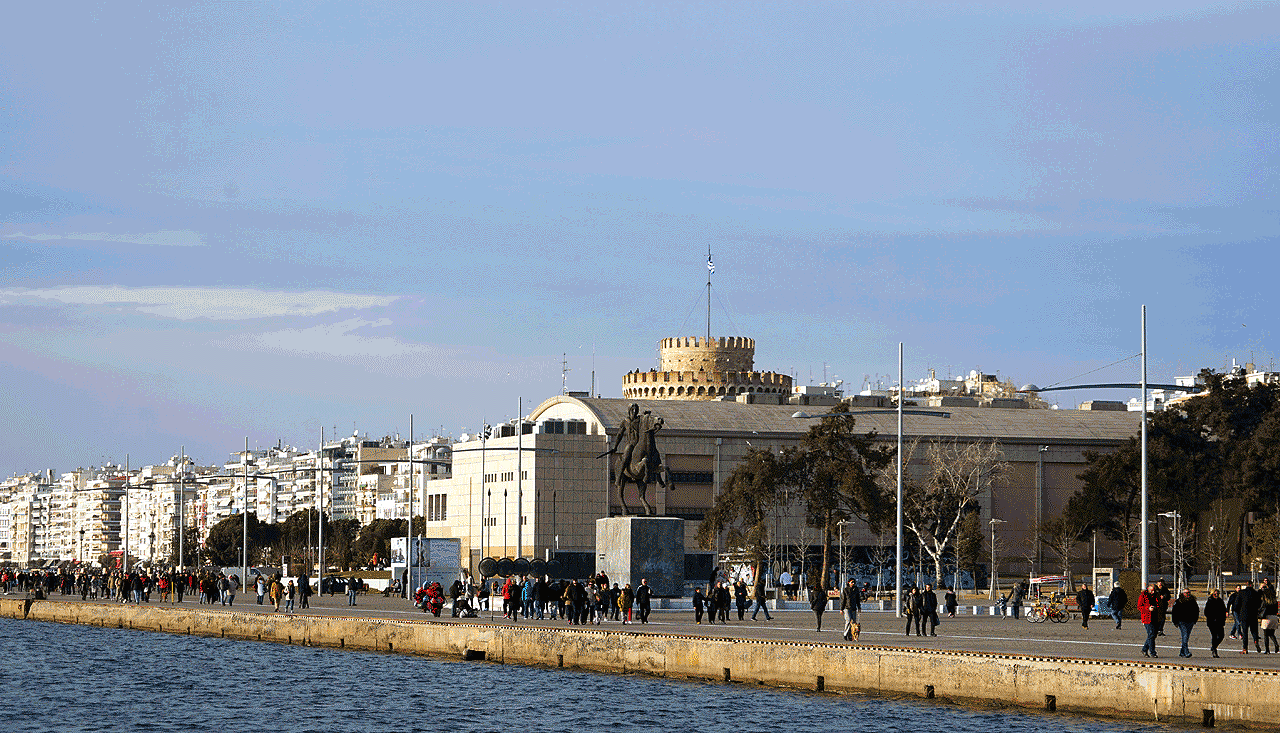 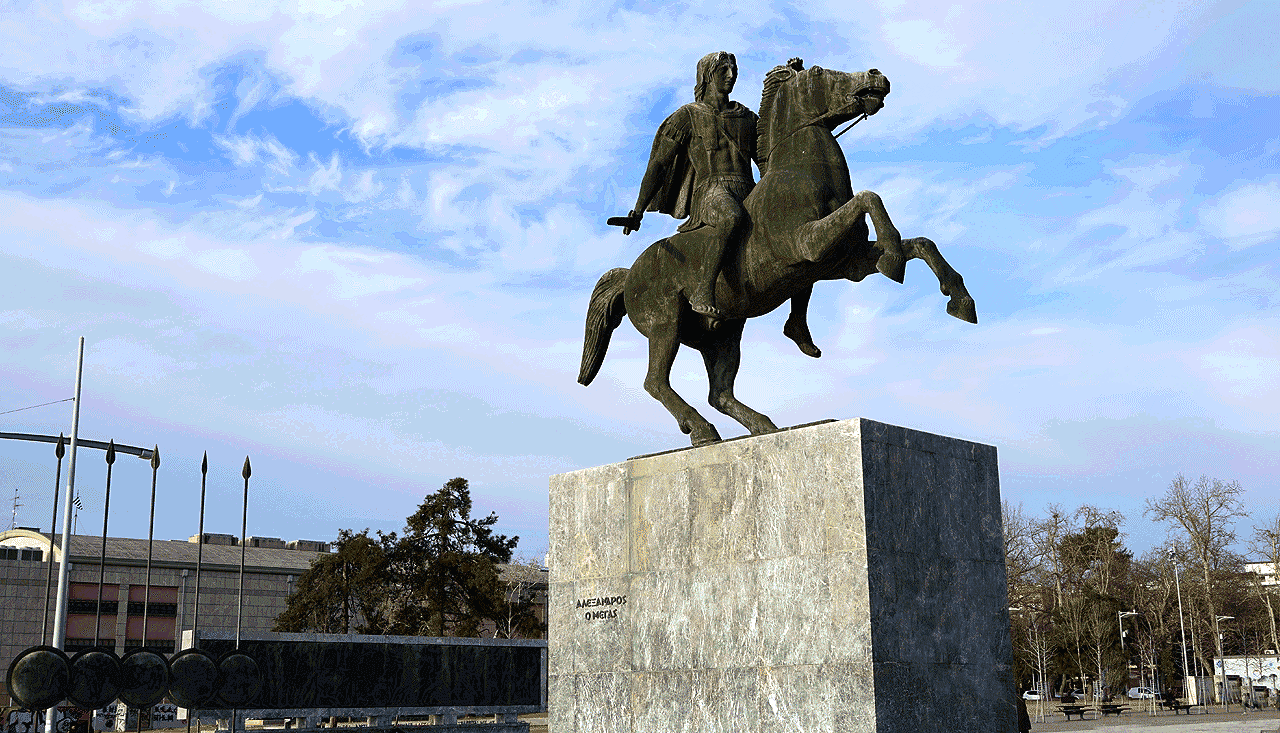 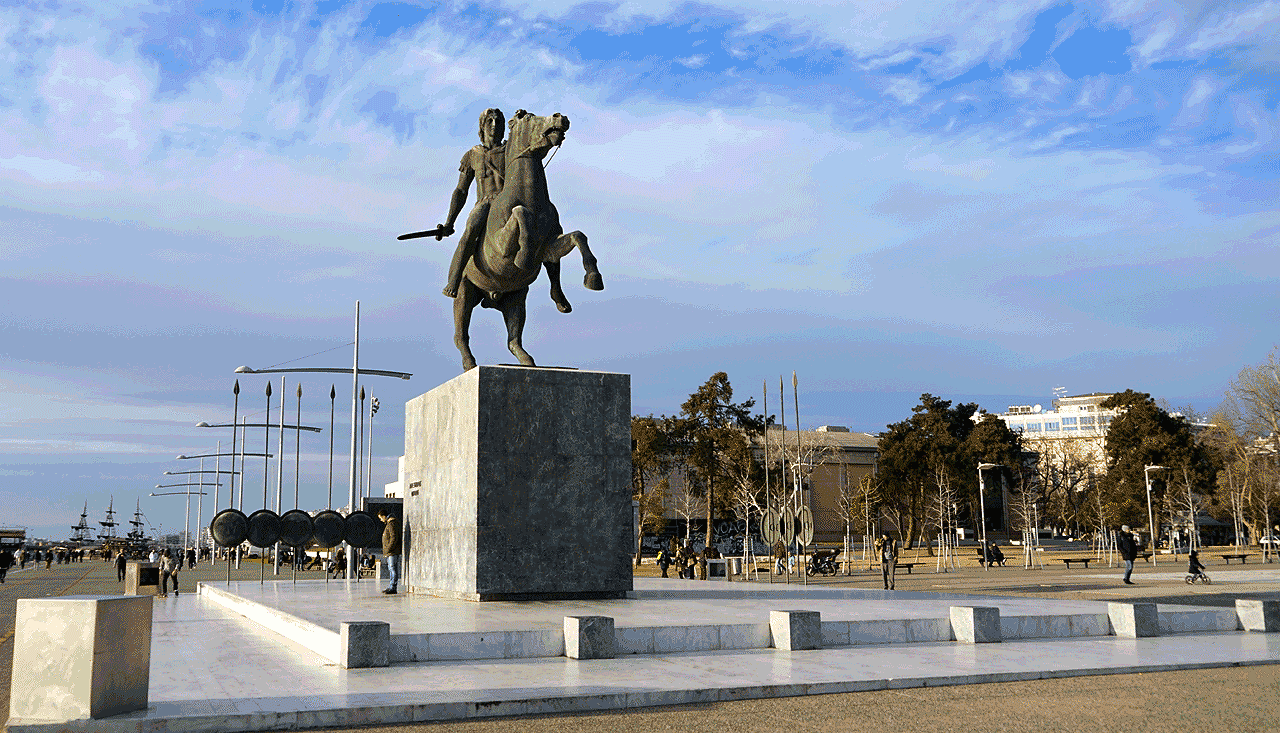 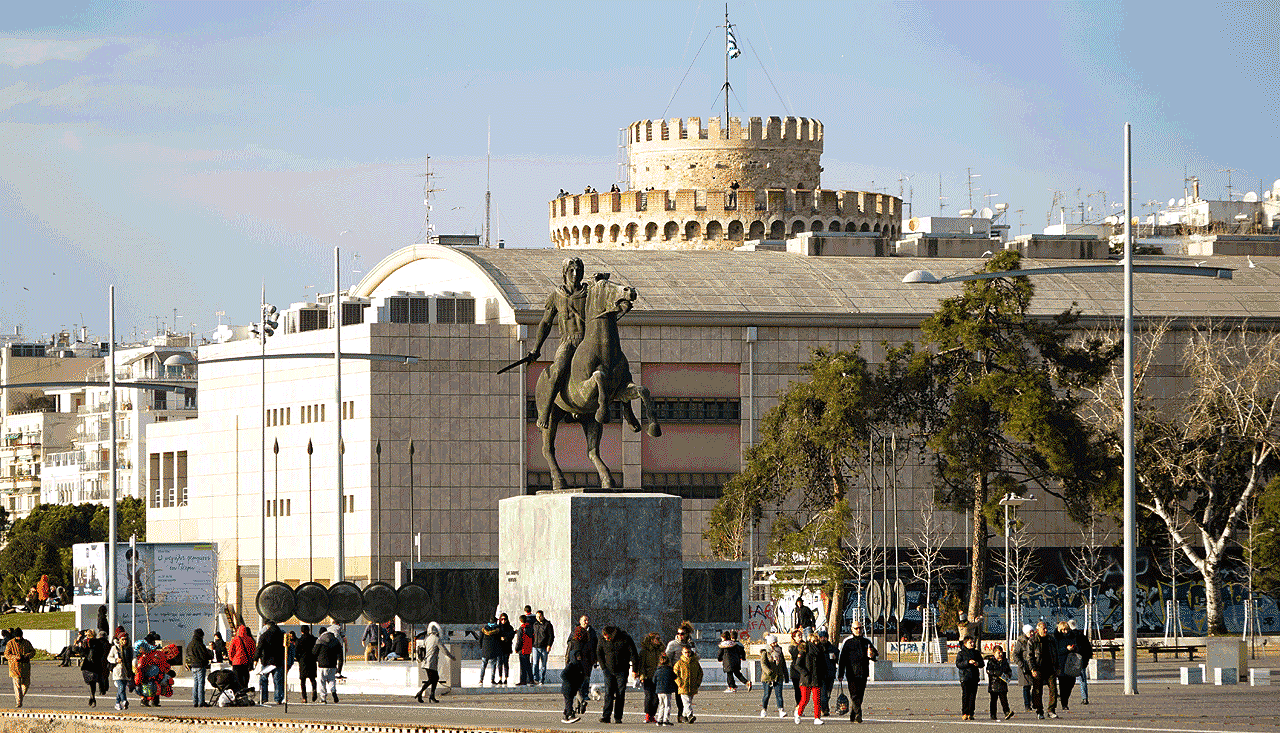 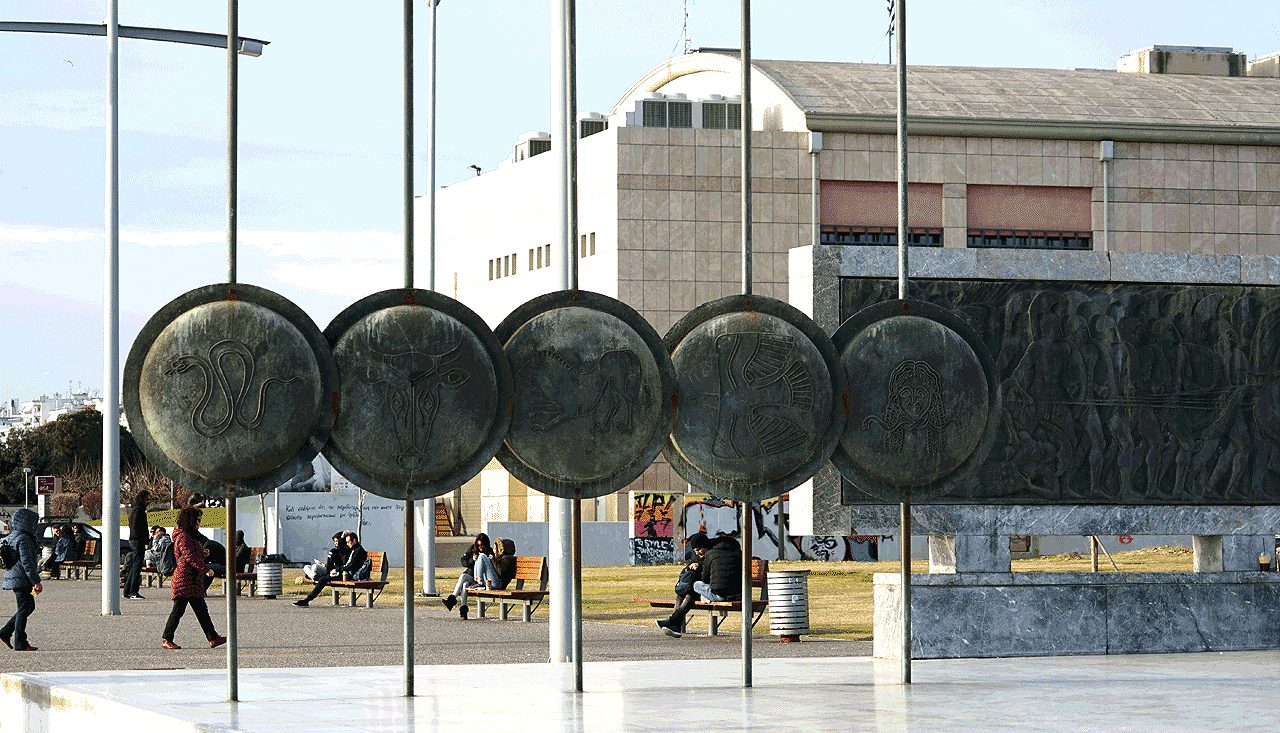 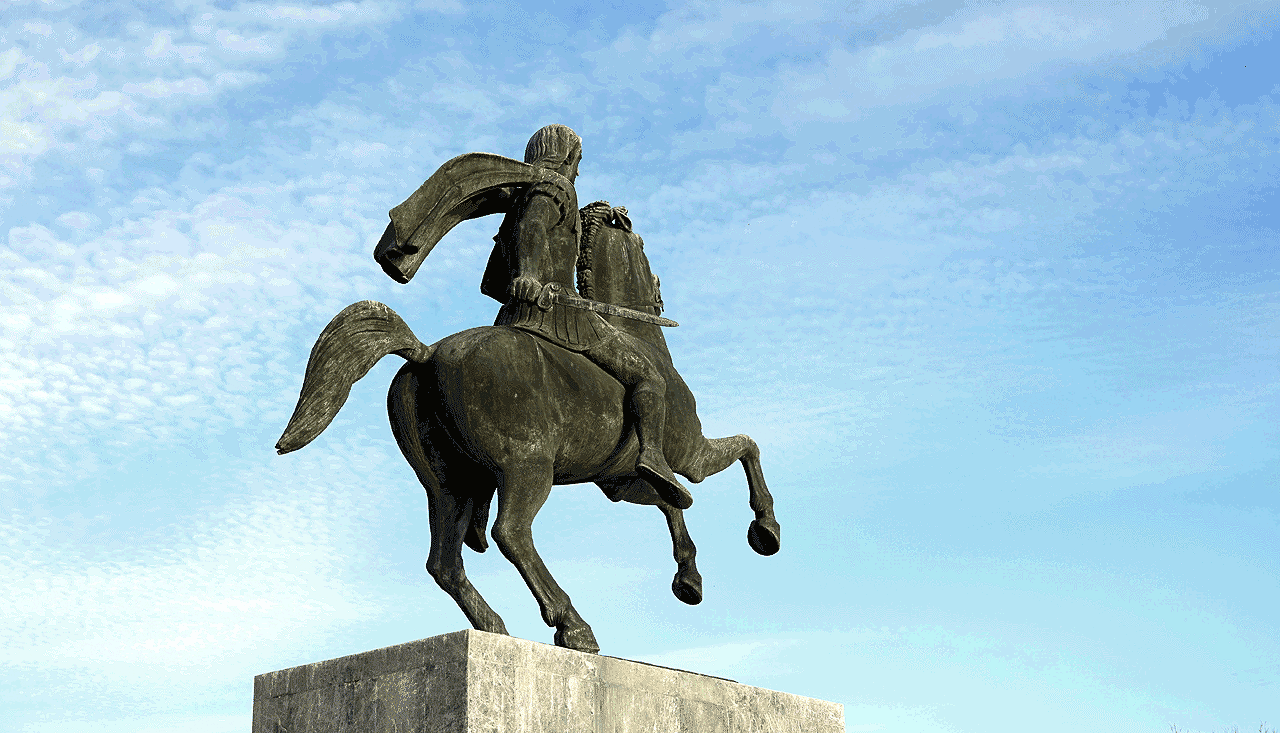 The imposing bronze statue of Alexander the Great riding his faithful companion of 20 years, Bucephalus, dominates Thessaloniki's Nea Paralia, a few meters away from another city landmark, the White Tower. This is one of the city's most photographed sights, which was erected in 1973 with public fundraising. It was unveiled in 1974. The equestrian statue of the Macedonian commander was created by the sculptor Evangelos Moustakas and is the tallest in Greece, reaching almost 6.15 meters in height.

Directions -> How to get there
More in this category: « Heptapyrgion - Yedi Kule Statue of Aristotle »
back to top