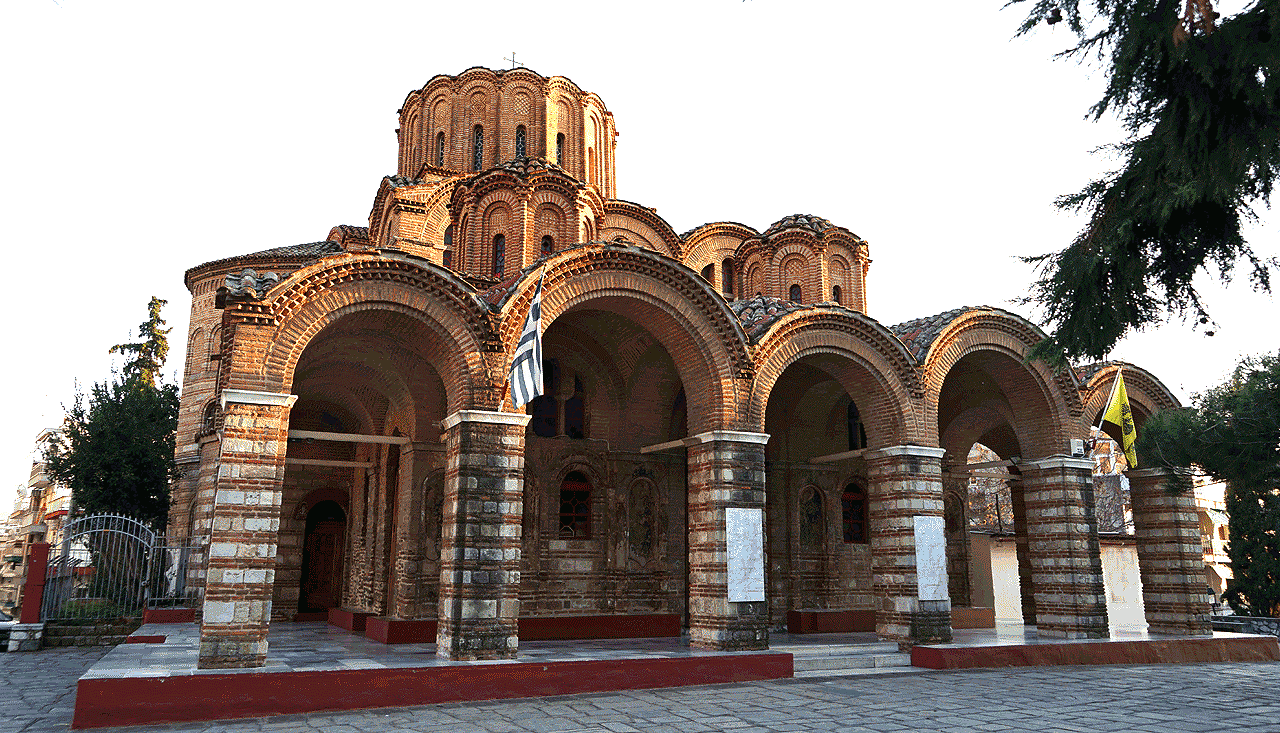 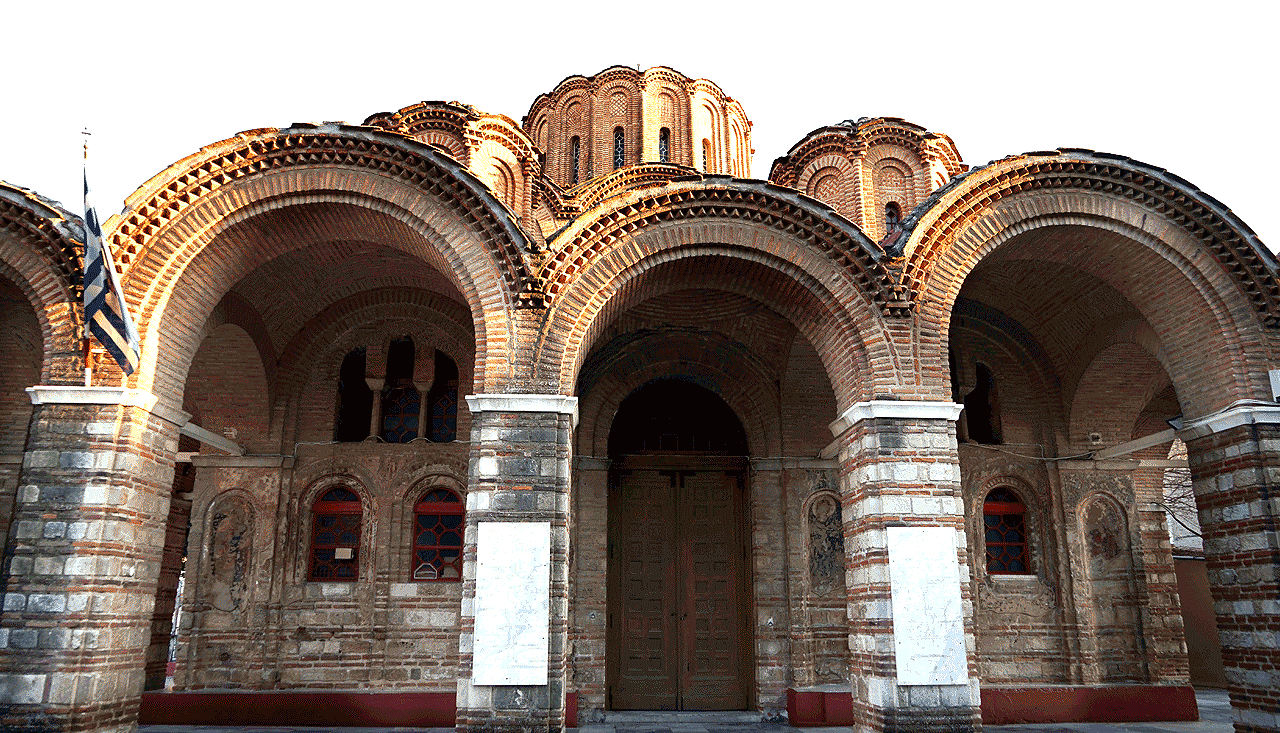 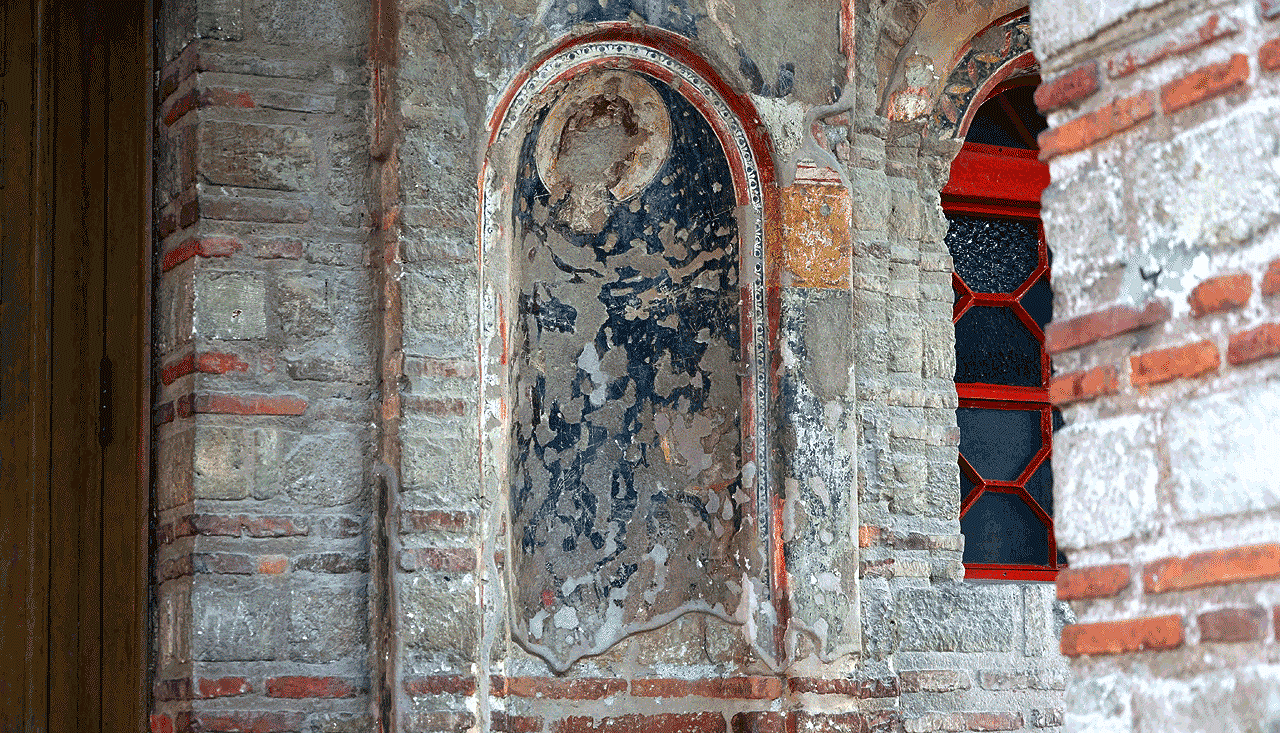 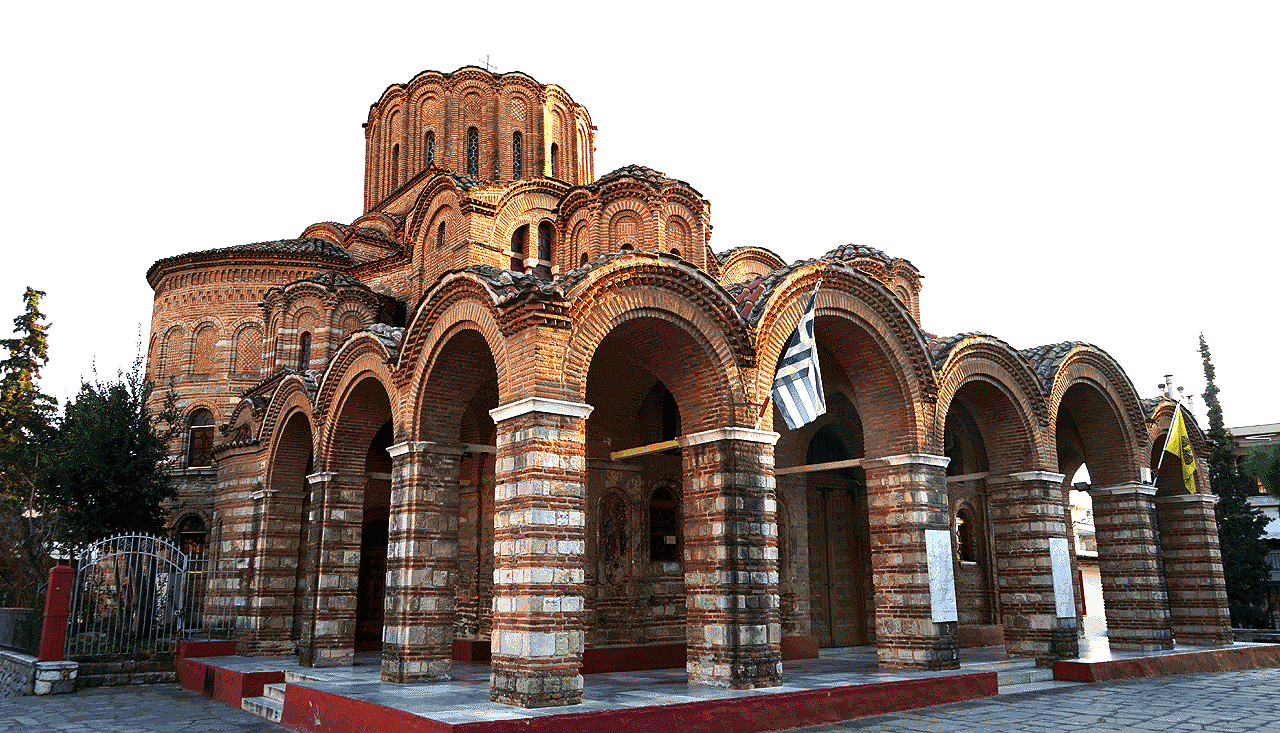 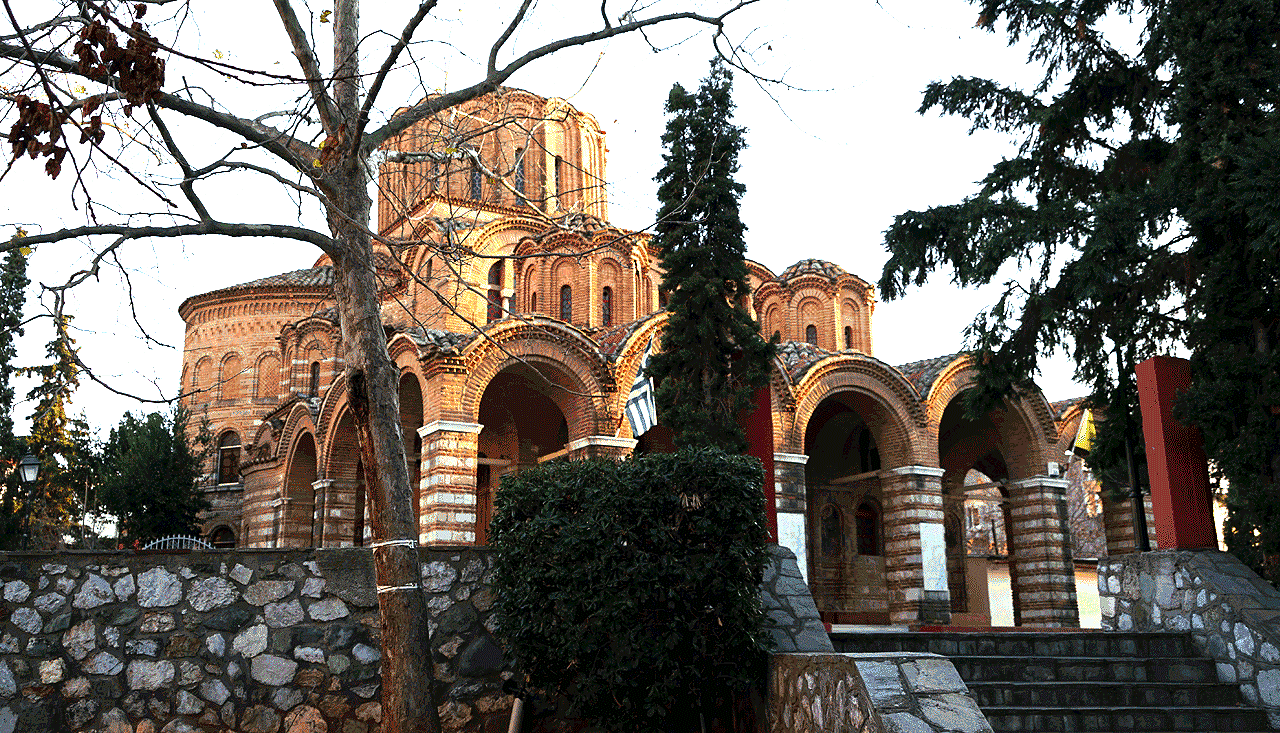 The Church of the Prophet Elijah – a monument of brilliant design and construction – was built around 1360 on the site of an earlier sanctuary. It is one of the 15 Paleochristian and Byzantine Monuments of Thessaloniki that were included in the UNESCO World Heritage List in 1988.

The architectural type of Profitis Elias is unique in Thessaloniki. It is a tetrastyle cross-in-square church with side choruses, known as the Athonite type, since it was invented by Saint Athanasios the Athonite, the founder of the Great Lavra, about 1000. This type was used exclusively for the katholika of monasteries.

The church was built of courses of well-dressed blocks of white stone, alternating with two or three courses of bricks. This masonry system is very rare in Macedonia, but is the predominant form in Constantinople.

The painted decoration scenes are preserved of the childhood and Miracles of Christ, and some individual figures of saints. There were also wall-paintings in the apses of the exterior west side of the lite, as is clear from the depictions of Saint Anne and the Virgin, and the Virgin and Christ in two of them. The wall-paintings are usually dated to between 1360 and 1370, and have an impressive richness and unprecedented realism in some of the scenes and figures. At the interior some wall paintings of the 14th century (1360-1370) still survive, where scenes from the Life of Christ dominate, as well as isolated saints.

Telephone: +30 2310 273790
Website:
Directions -> How to get there
More in this category: « Church of Agios Panteleimon Church of the Wisdom of God (Church of Agia Sophia) »
back to top