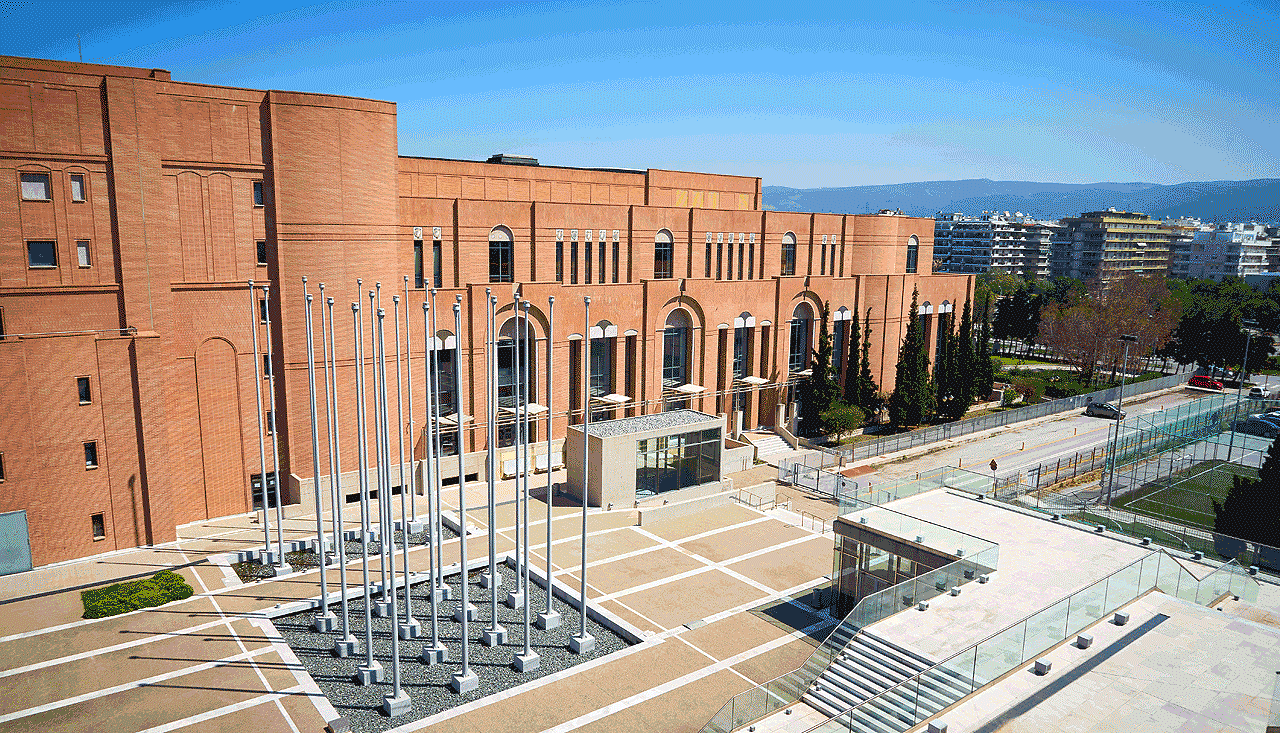 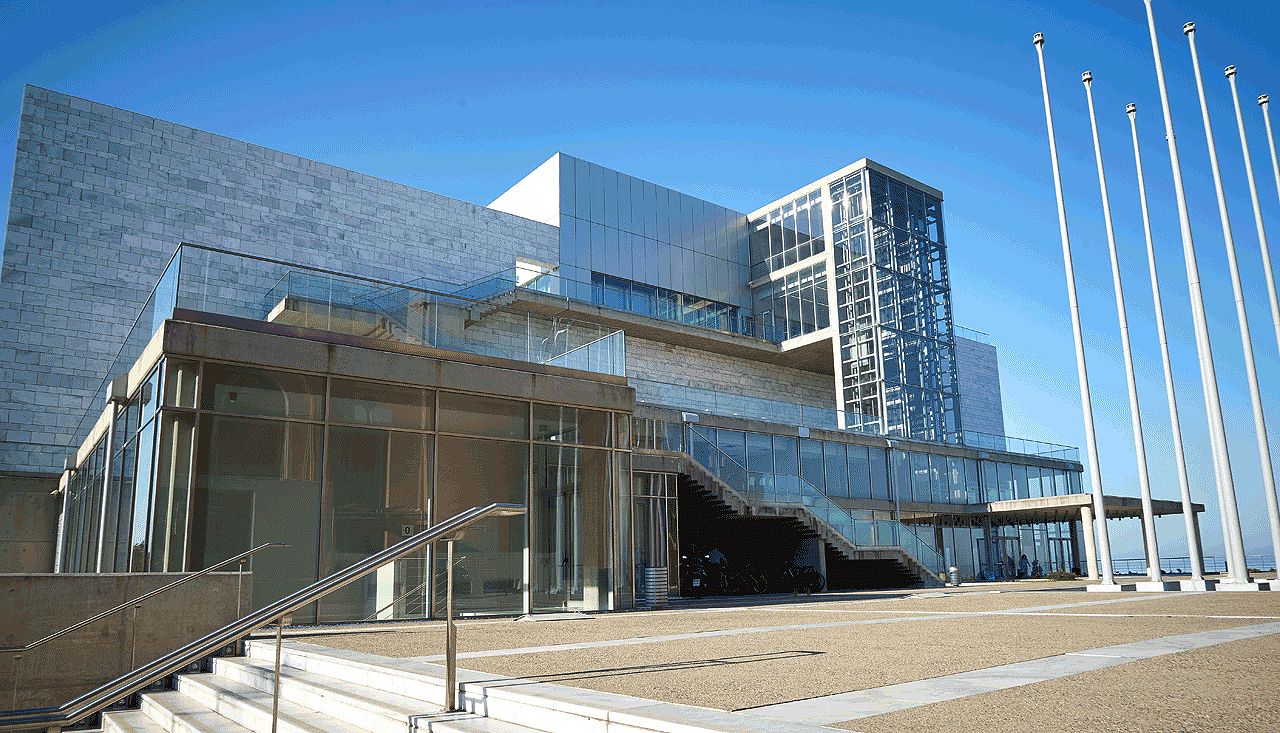 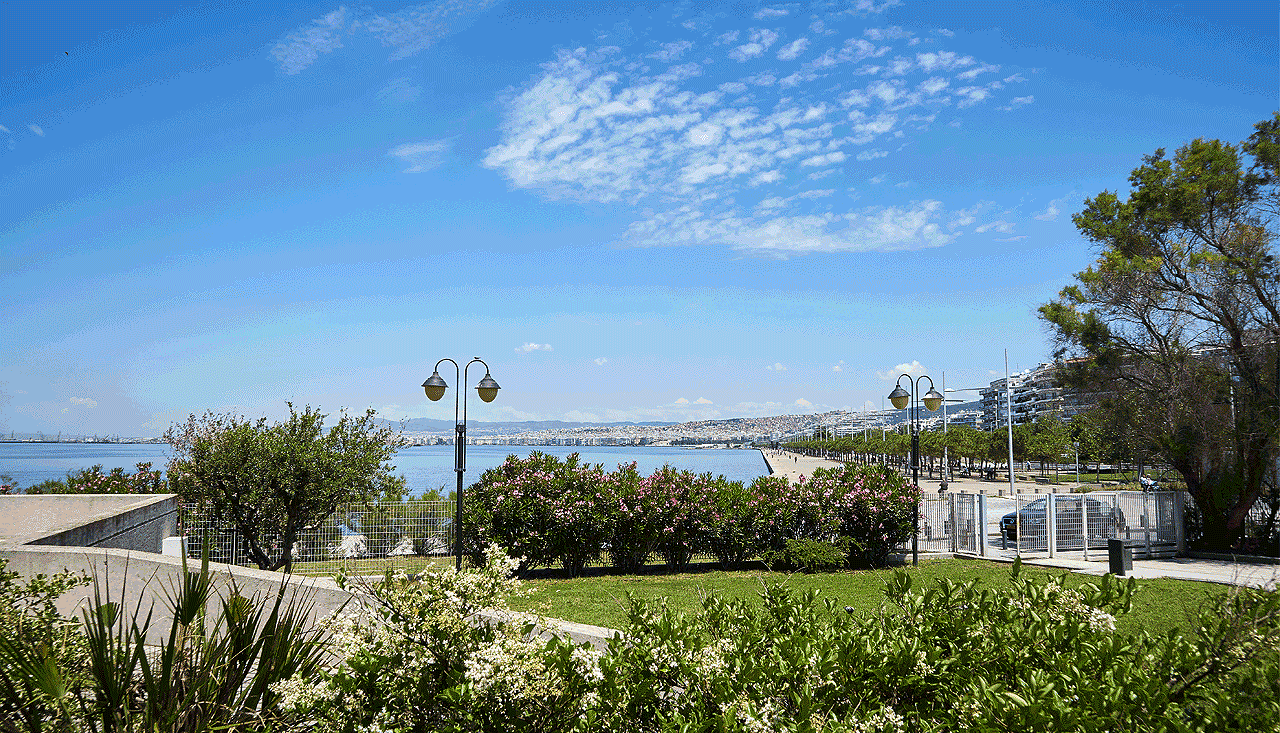 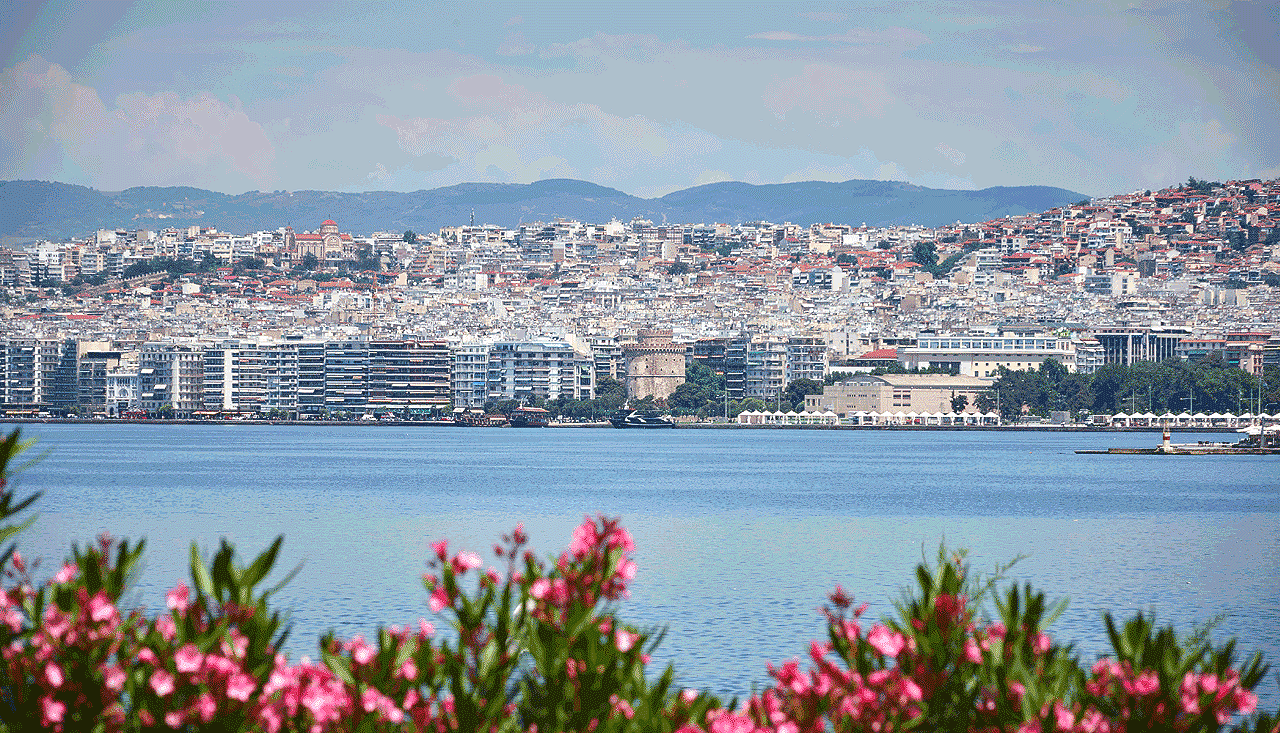 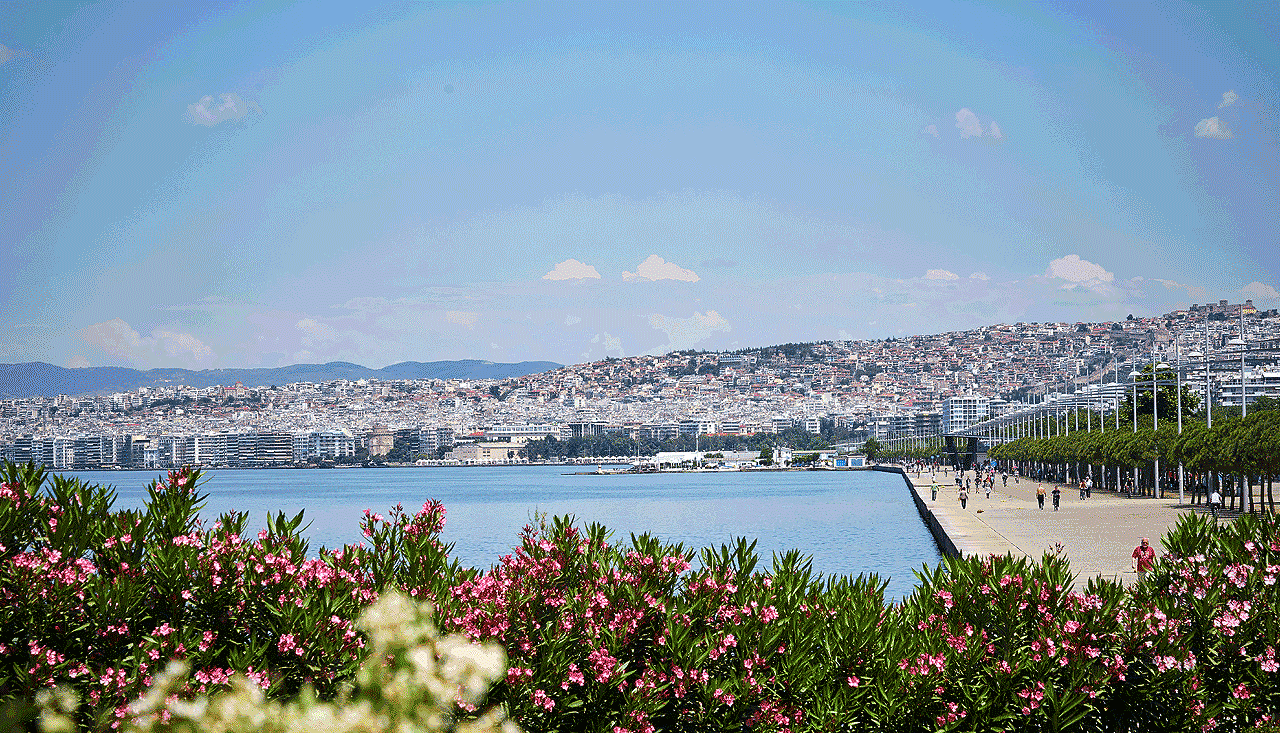 The Thessaloniki Concert Hall was built along the coast of the city, near the Posidonio Athletic Center of Thessaloniki, in an area of 18.000 sq. m., which was donated from the Greek State. It was inaugurated on 2nd January 2000.

It was thus designed as a building that would satisfy all the requirements for this purpose as well as becoming a landmark, a jewel for the city. Therefore, the Thessaloniki Concert Hall has all the characteristics that make it important: exceptional acoustics, a main hall of 1.400 seats, a reception hall (foyer), the rooms of the administrative and technical offices, as well as all the necessary facilities for the support of the events (dressing rooms, rehearsal studios, repositories for instruments etc.). Special provision exists for people with disabilities, by means of appropriate seats and elevators. Moreover, the external appearance of the building has been entirely harmonized with the history of Thessaloniki, combining elements from its byzantine past as well as from its contemporary cosmopolitan role.

The new M2 (building 2) designed by the renowned architect Arata Isozaki, adorns the city with a unique construction that epitomizes the virtues of modern architecture. Geometrical lines, extended glass surfaces and elements of steel compose an image of imposing simplicity,that comes as an antithetic, yet equivalent complement to the neighboring M1. Filled with natural light and enjoying a superb view to the sea, M2’s foyer is a vast space of sophisticated aesthetics that develops in three levels and adjoins all of the Hall’s important spaces. Equipped with cutting-edge technology and having an exceptional infrastructure, the Amphitheatron Hall can seat 500, whereas the Flat Hall, which can seat 300, can be subdivided by means of moveable partition to form three smaller rooms of 100 or two of 100 and 200 seats, thus able to host a wide range of events. Underneath the M2 building lies a two-level underground parking lot of 11.800 square meters, offering seats to over 230 vehicles, in order to enable the organization and attendance of events and preserve the city’s urban environment. Consistent with its cultural role, the Thessaloniki Concert Hall is also proud to house a Music Library and a Museum of Musical Instruments in its new building.

The Thessaloniki Concert Hall arranges tours at the venues for schools, educational foundations, organisations and associations. Tours are held every Wednesday and Friday, unless an opening or some other important event is scheduled that day.

Telephone: +30 2310 895800
Website: tch.gr
Directions -> How to get there
More in this category: « Teloglion Fine Arts Foundation A.U.Thessaloniki Government Building of Thessaloniki - Ministry of Macedonia Thrace »
back to top