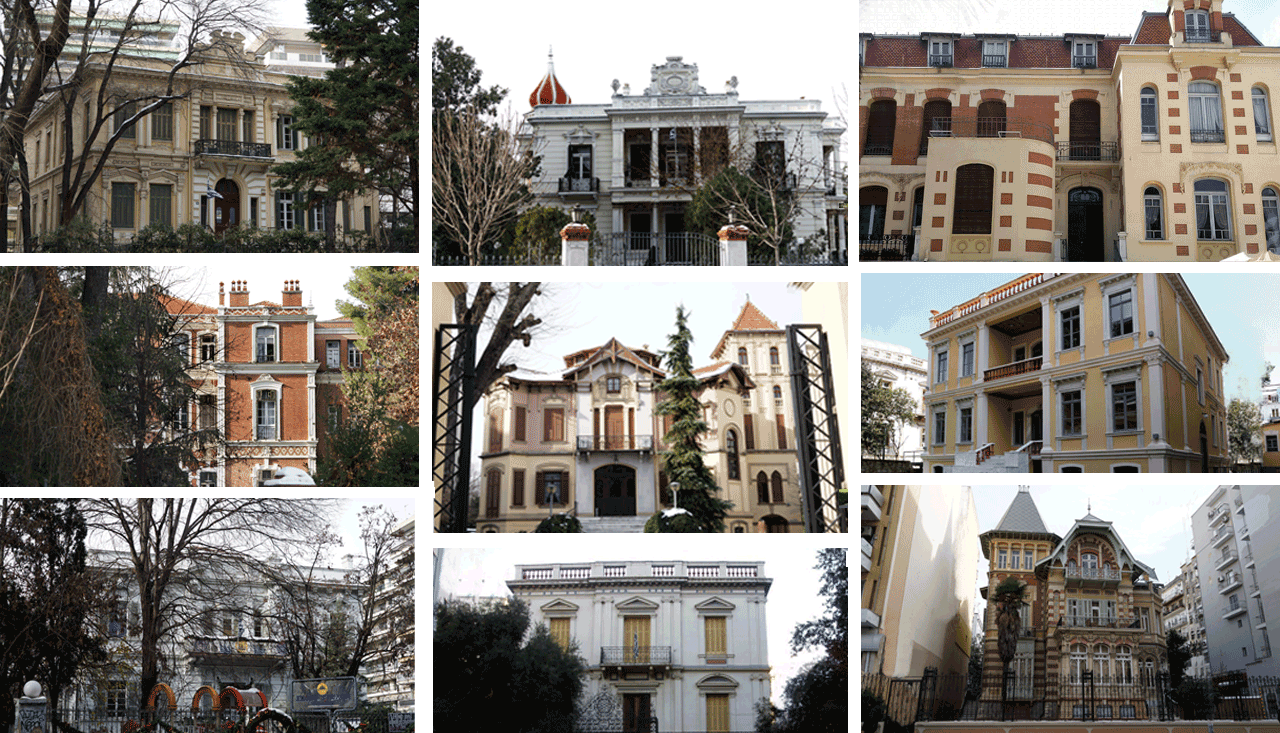 At the end of the 19th 19th century, the city of Thessaloniki expanded towards its traditionally "good side", then known as the Exohes. In that area, many Thessalonians began building their new, beautiful and elegant homes. These residences, called "pirghi" (towers, due to their majestic appearance) and "street of the countryside" at the time, multiplied following the liberation of the city.

Without exaggeration, the city’s most beautiful buildings can be seen there, a lot of which have been re-purposed into galleries, museums or public services’ buildings.

The building was constructed in 1905, by the famous architect Xenophon Paionidis, and now is the property of the Municipality. It is also known as "Villa Mordoch", from the name of the family who occupied it during the period 1930 - 1940.

The building is a representative sample of eclectic architecture that characterized the "towers" of Queen Olga's Avenue. It is a two-storied, tile - covered edifice with an elevated basement and an attic. One of its art-nouveaux elements, while of significant interest in also the internal painting decor. The corner tower-like formation with the dome gives the building a special style.

Today the mansion remains one of the best preserved eclecticistic buildings of Thessaloniki while it houses the offices of the 5th Municipal District. 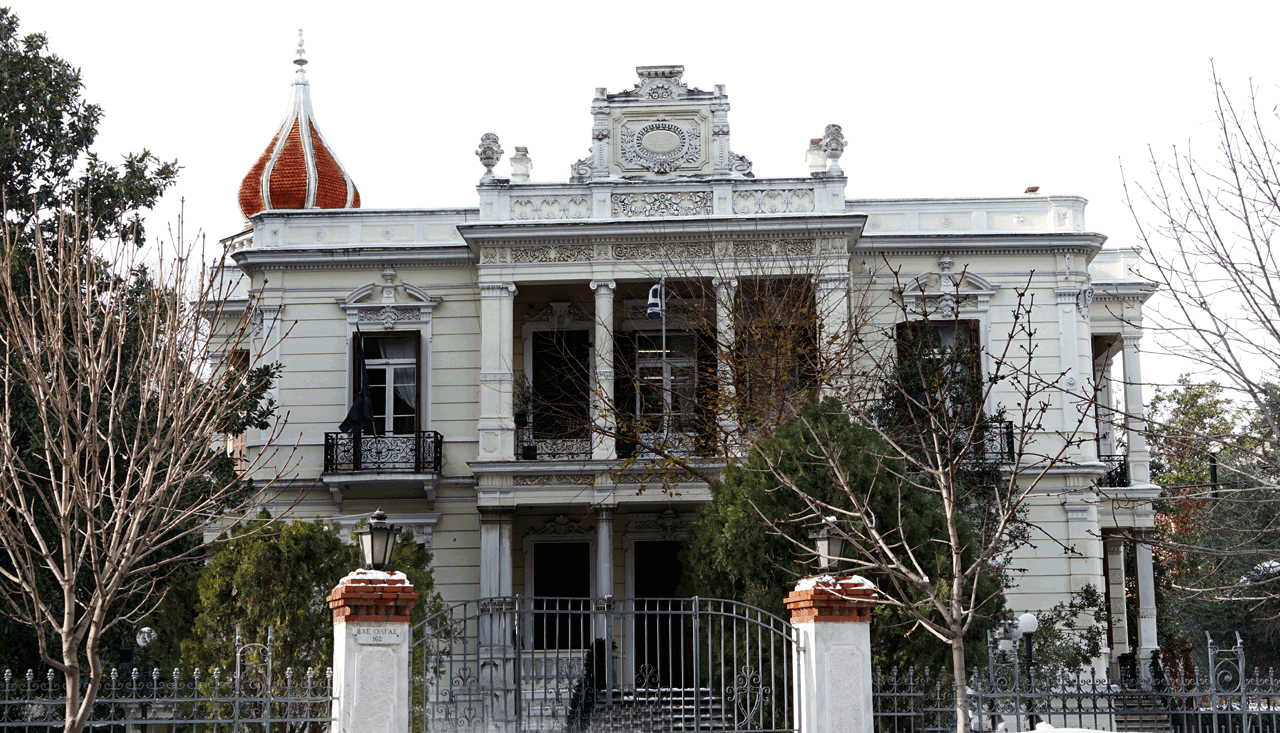 The Villa Allatini was built in 1888 by the architect Vitaliano Poselli as the country residence of Allatini family. During the period it was used as house and prison of Sultan Ablul Hamid the whereas in 1926 it housed the University of Thessaloniki, and since 2017 it haw been houses the Services of the Prefectural Authority of Thessaloniki. 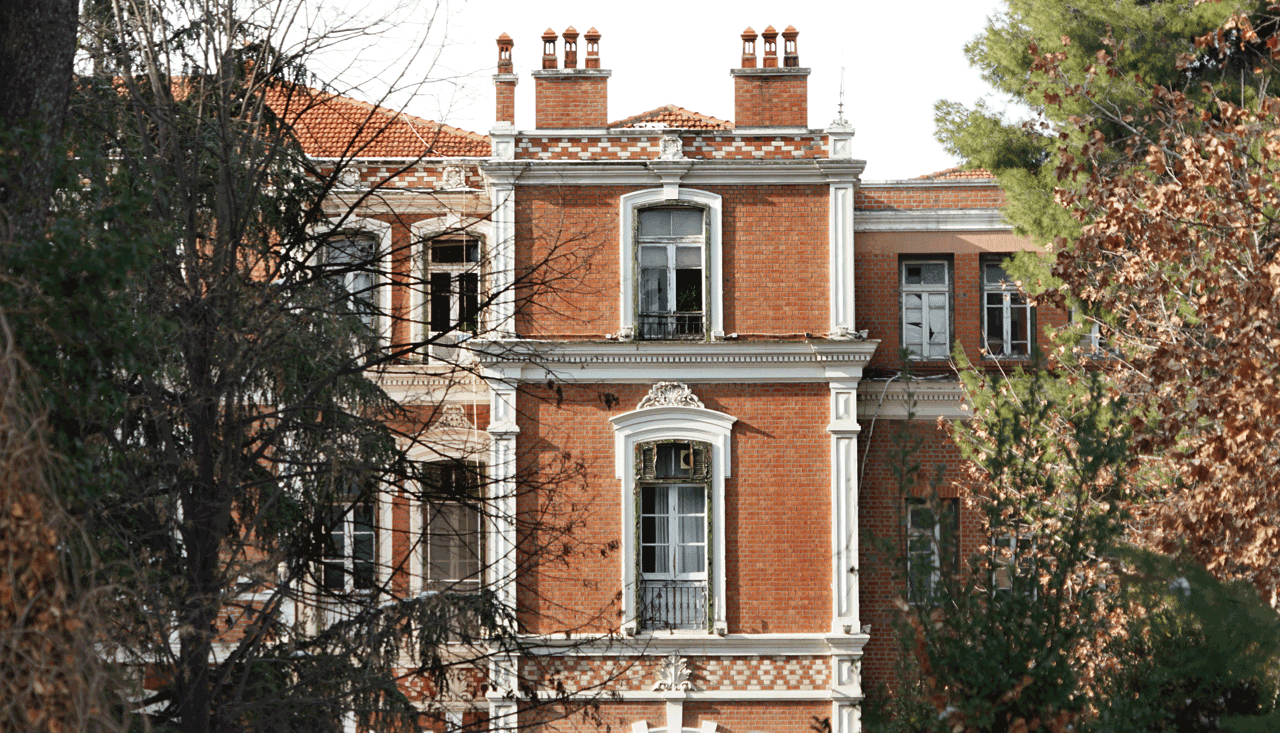 The building was initially owned by the old-established Kapantzis family, whose presence in the city can be traced back to the late eighteenth century, when they figured prominently in the guild system. The Villa Kapantzis, as it was named, was particularly lavish and the construction costs exceeded 40,000 gold sovereigns, a mythical amount in those days. 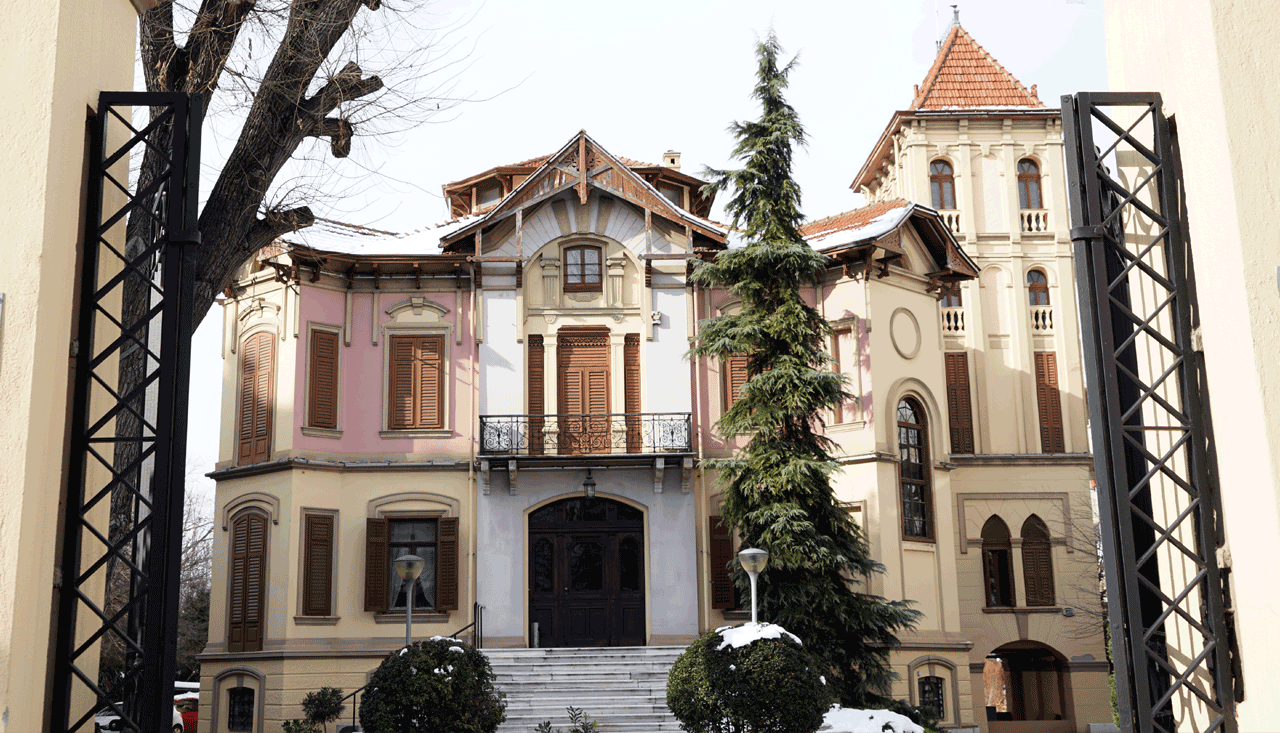 The mansion of Ahmet Kapantzis

The mansion of Ahmet Kapantzis was built in 1883 on a seaside field of one acre. It consists of the main building and the tower that are connected to each other. The formation symmetry of the internal spaces is particularly significant as are also the facets of eclectic style and the richness of the architectural decoration, the roof-paintings, the wood-cuts, etc.

The Centre for Byzantine Studies

Originally the Melissa Orphanage, at 36, Vas. Olgas Avenew, built in 1896. Restored after 1978 earthquake. 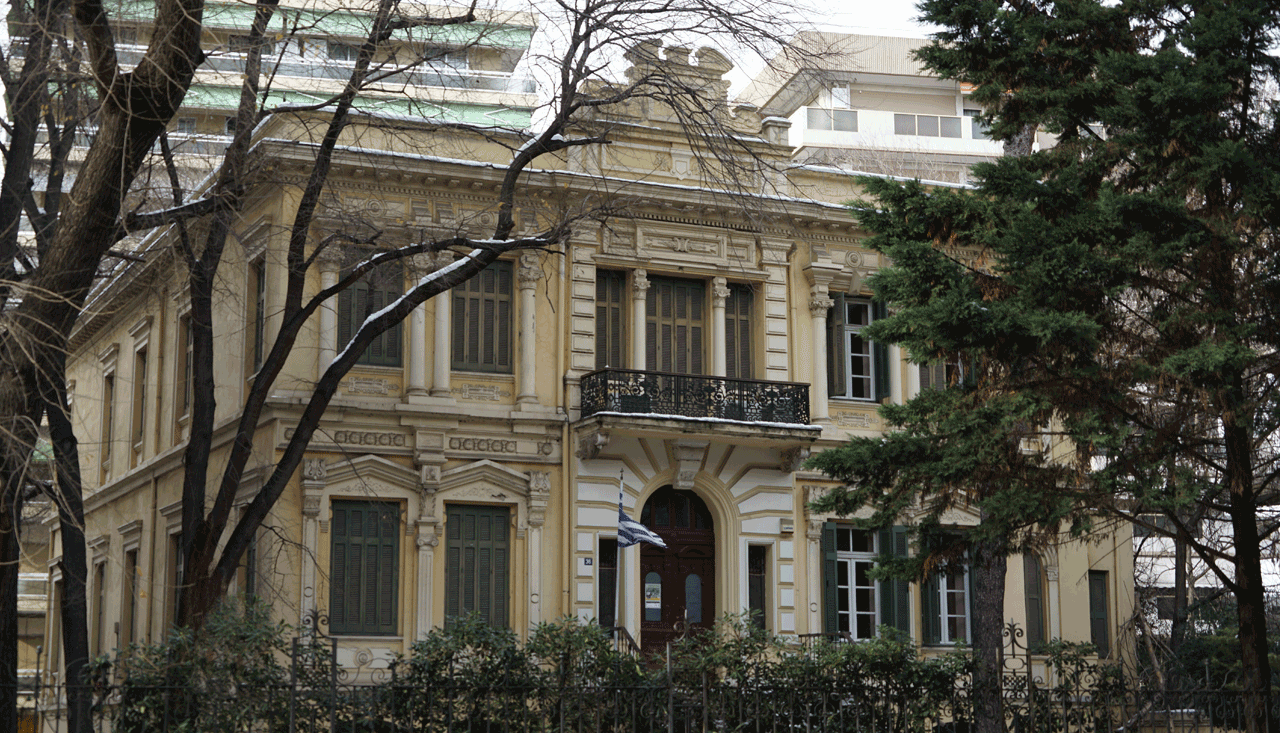 Centre for Education and Rehabilitation for the Blind

The Centre for Education and Rehabilitation for the Blind (CERB), former “Home of the Blind”, was founded in 1906 by G. Drosini and D. Vikela, at the expense of Ampet brothers. Its initial cause was to protect the blind. The beautiful building based on plans by X. Peonidis. 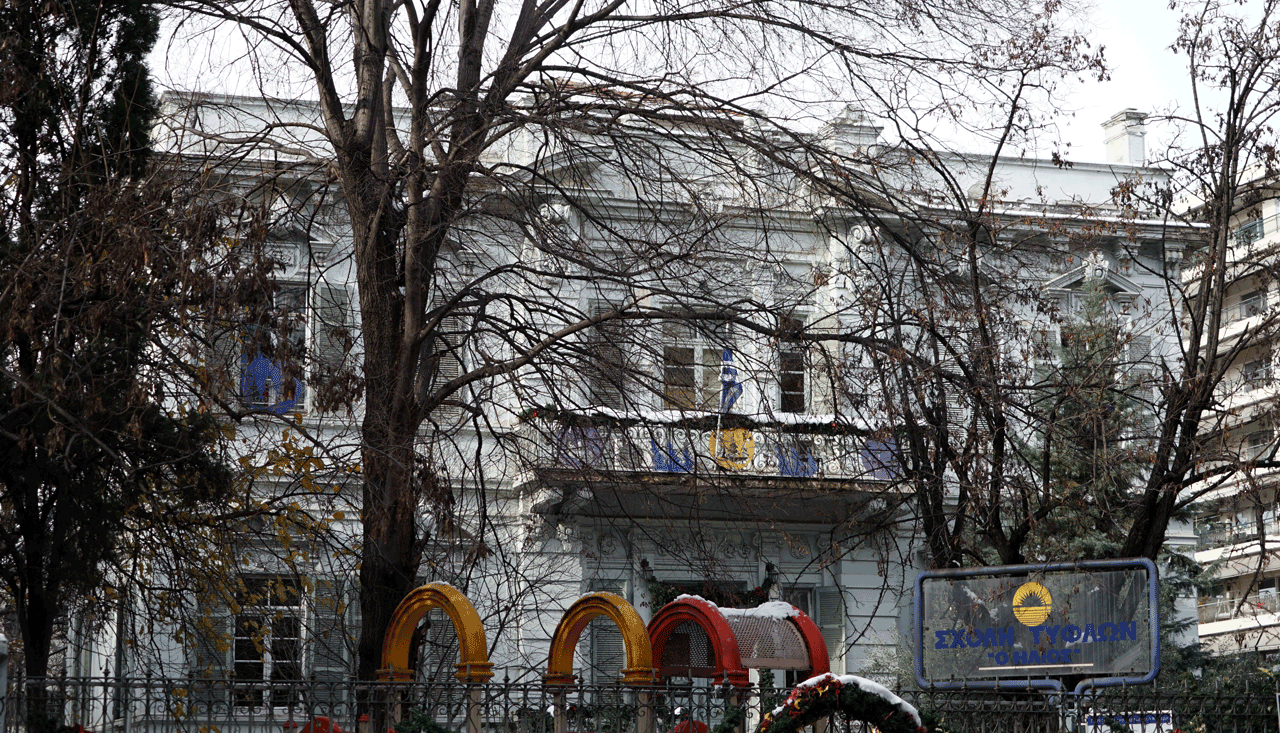 First built villa Chatzimisef (probably in 1890) and then in 1899, the villa Modiano, originally as the residence of the family of Joseph Modiano. Then passed to Molho family. Later (1946-1958) was an accommodation for 15 to 22 refugee families. From 1918 onwards served as Annex A High School Boys Thessaloniki. 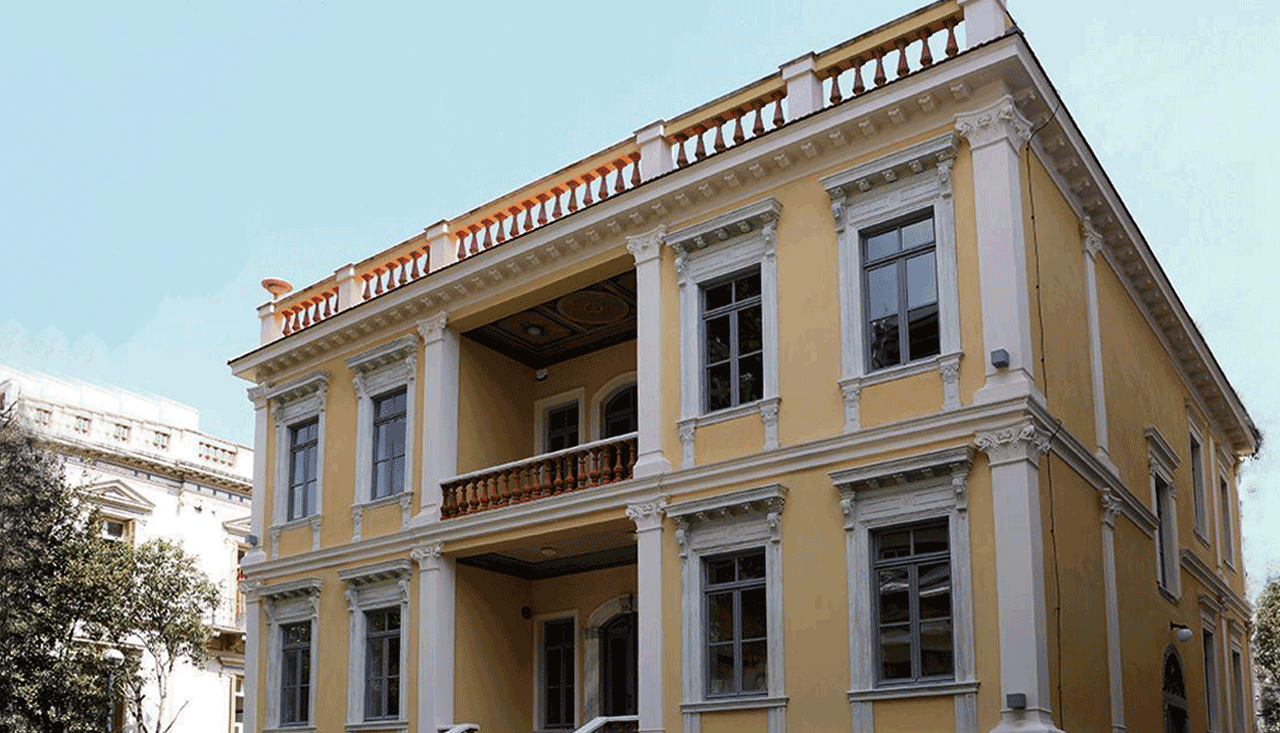 More in this category: « Old Custom House Cultural Centre of MIET in Thessaloniki - Villa Kapantzis »
back to top