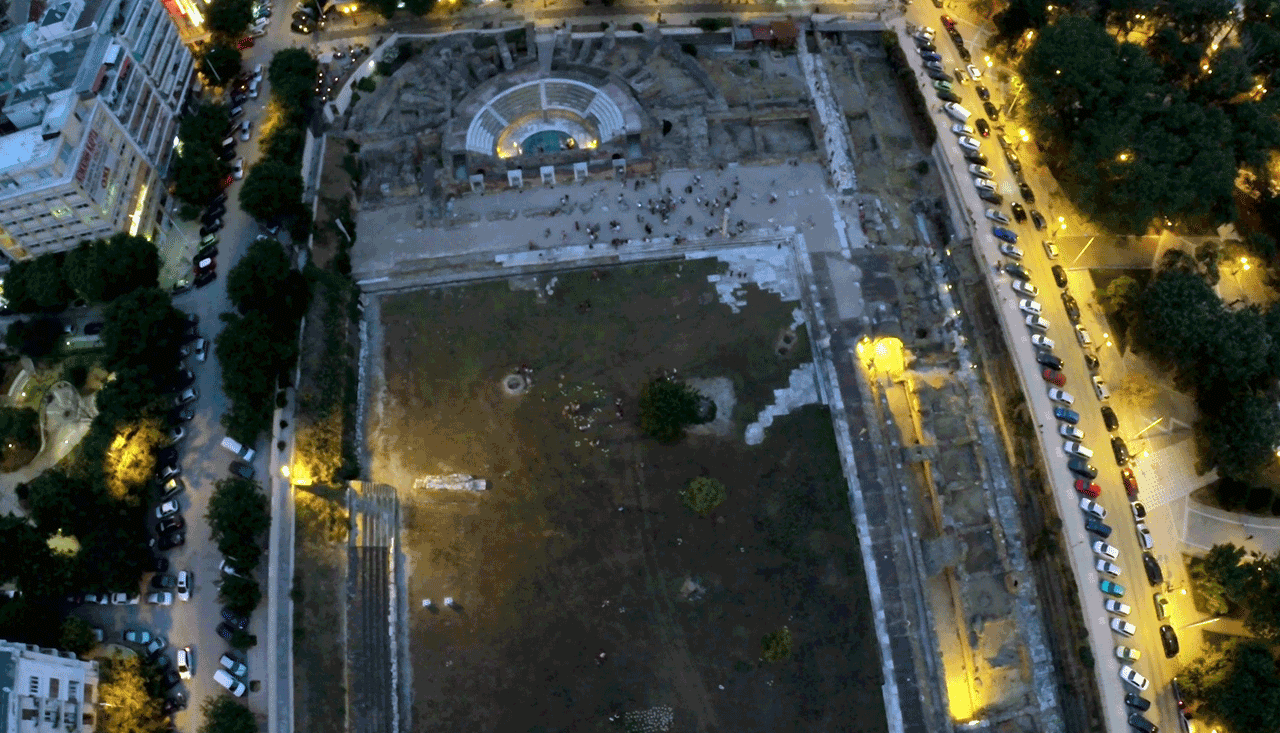 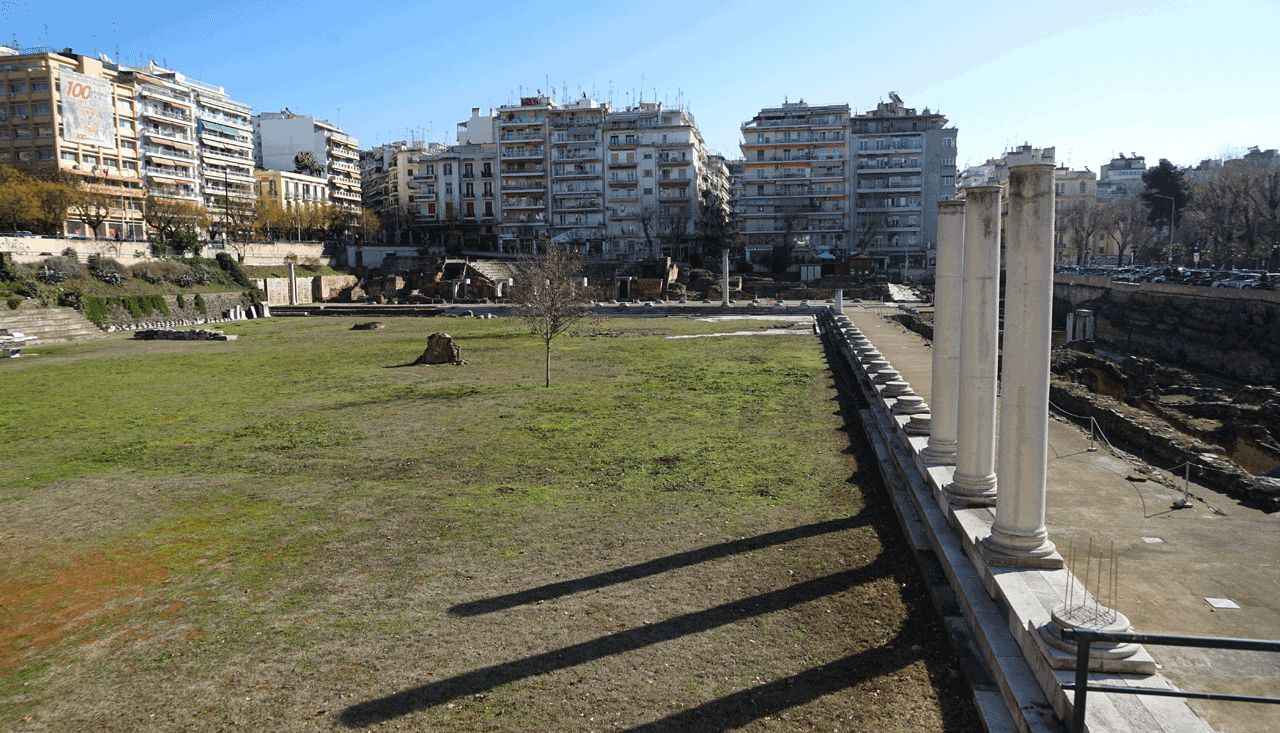 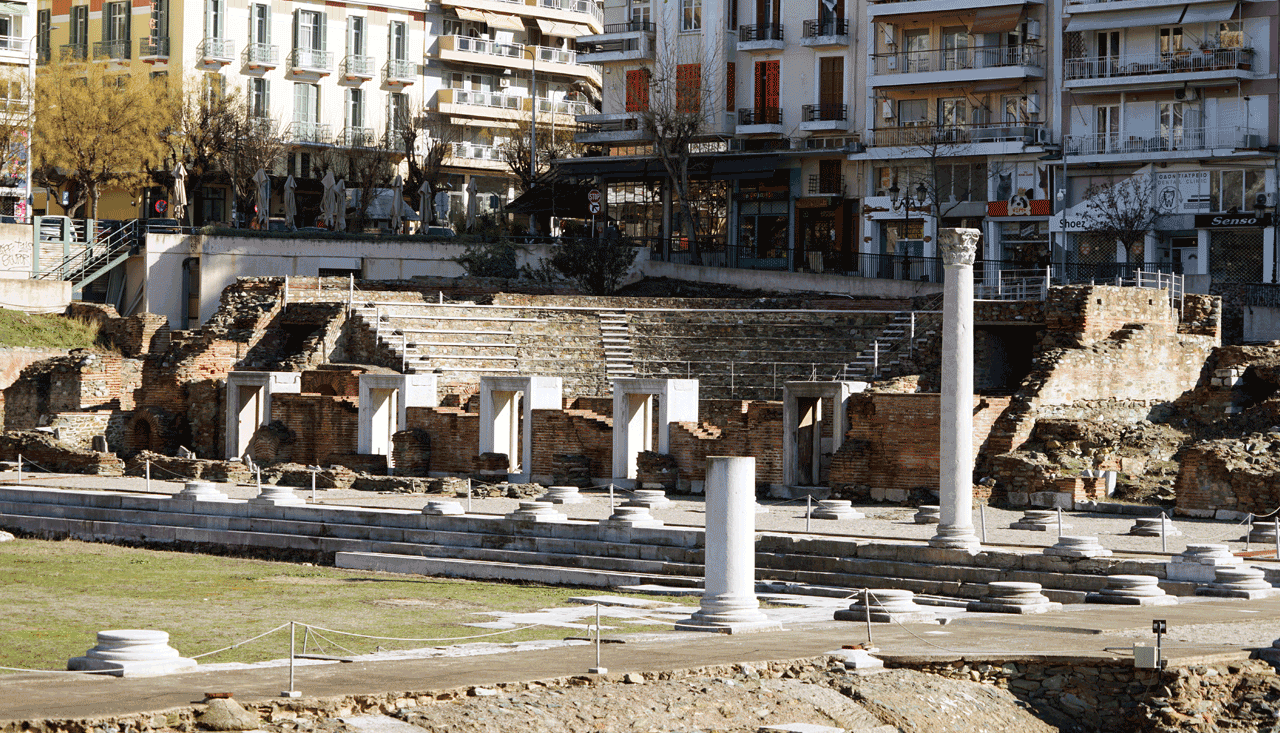 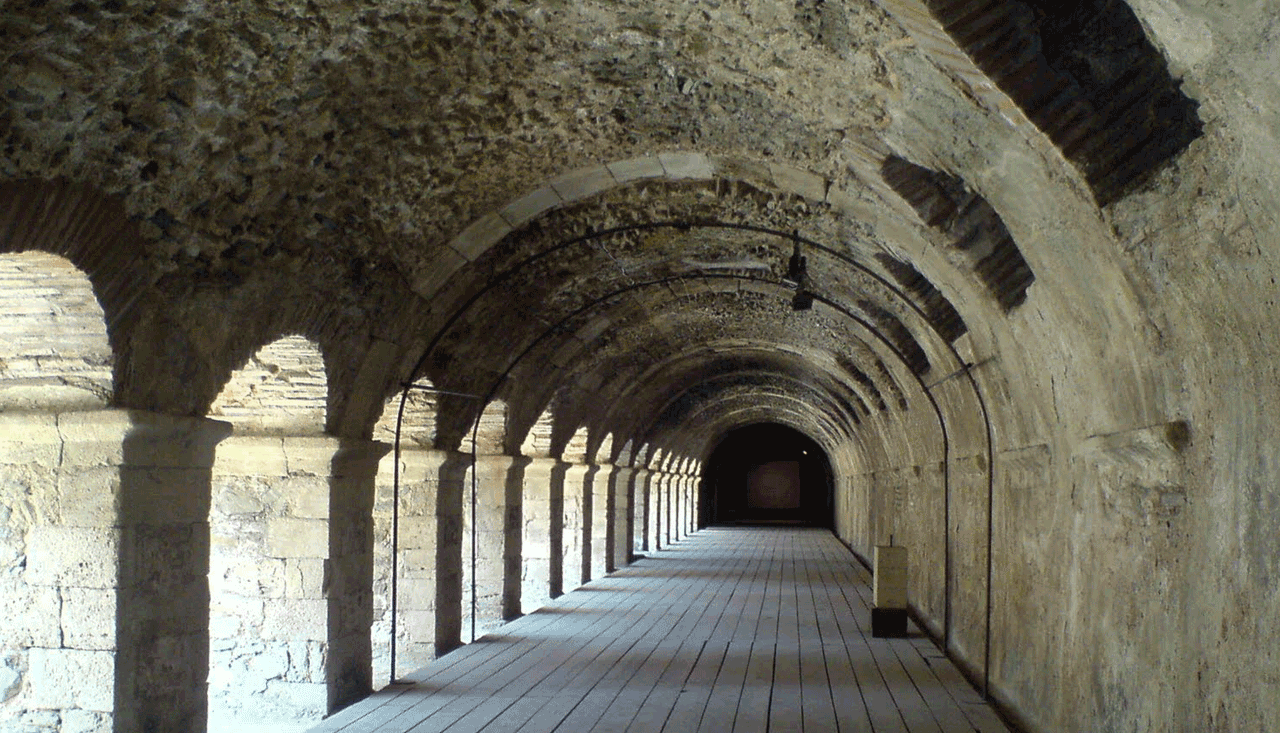 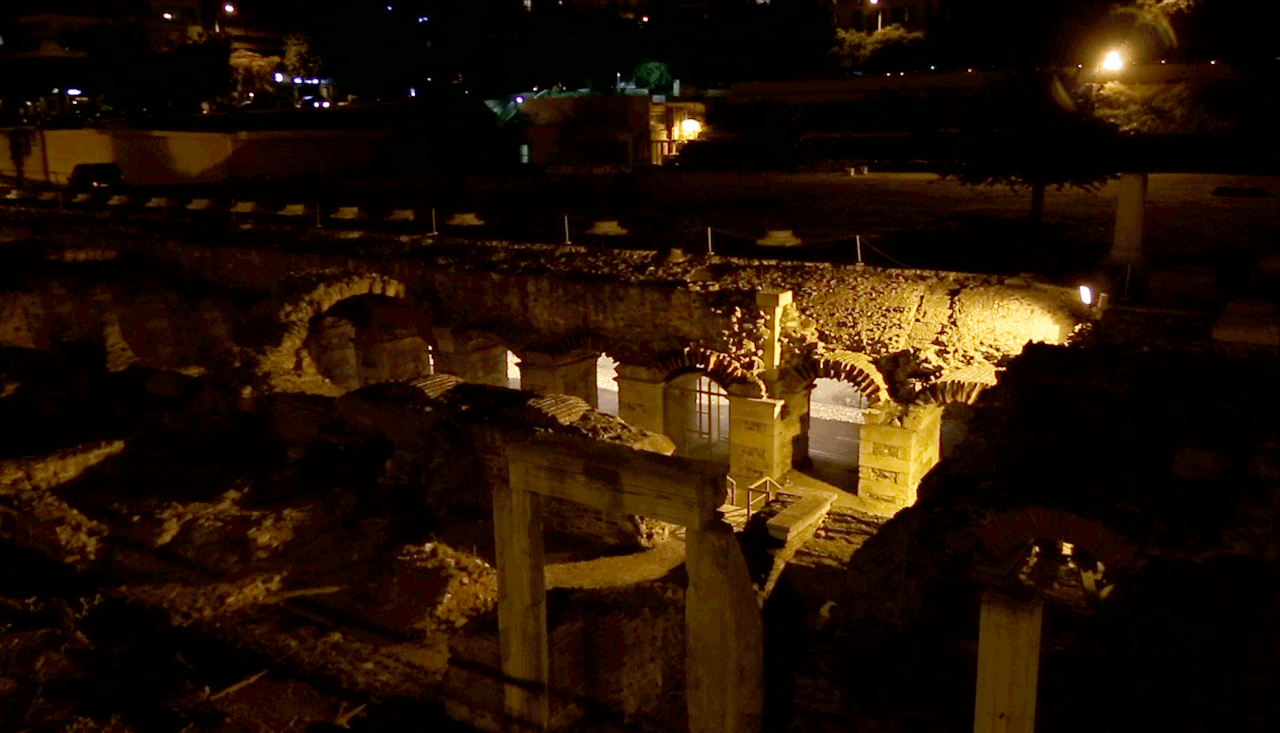 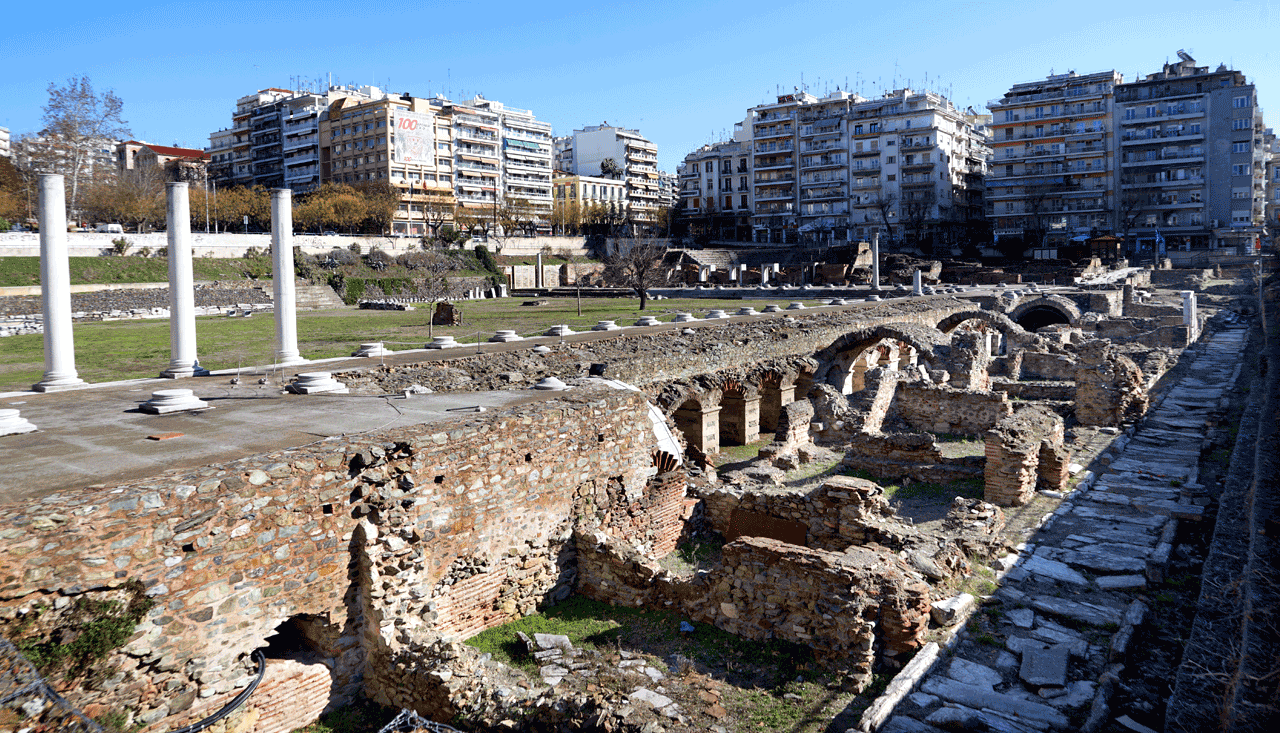 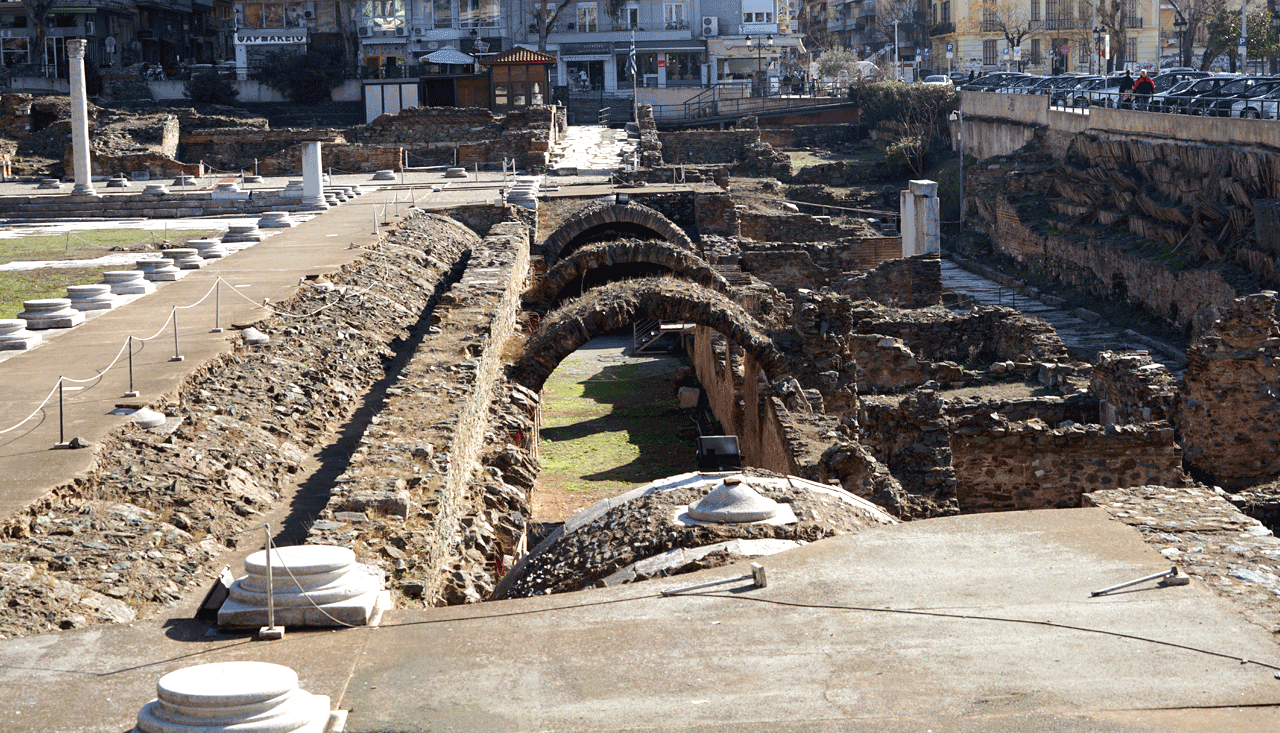 The Ancient Forum, the administrative centre of ancient Thessaloniki, occupied an area about two hectares in the heart of the city. Its construction began at the end of the 2nd century A.D. on the site of an older forum dating from early Imperial times.

The complex was arranged around a rectangular paved square. There were stoas on three sides, each of which consisted of a double row of columns and provided direct access to a surrounding zone of public buildings. The southern stoa stood on a vaulted substructure (cryptoporticus) - a double arcade which lay partly underground, making use of the natural slope of the land. To the south, along the whole of the cryptoporticus, lay a row of shops fronting the ancient shopping street which ran along the north side of present-day Philippou St. Off this street lay minor entrances to the square, while the latter opened north, to the present-day Olympou St. In the middle of the east wing, on the site of an earlier council - chamber, a building for public performances was erected, which, on the basis of the inscription and the statues of Muses found there, must have functioned as an odeon.

The history of the area where the ancient forum is located in downtown Thessaloniki, and the most important events that have taken place in the metropolis, are reconstructed through the exhibits on display in the new Roman Forum Museum.

The underground museum is a continuation of a hidden stoa (gallery) and features findings from the Hellenistic era, when vessel and statuette workshops thrived in the area, as well as from the “golden age” of the Roman Forum up to the 4th century when it ceased being a regional administrative centre and the pottery workshops reappeared. The museum also features exhibits from the Ottoman period until the 1917 fire that destroyed most of the city.