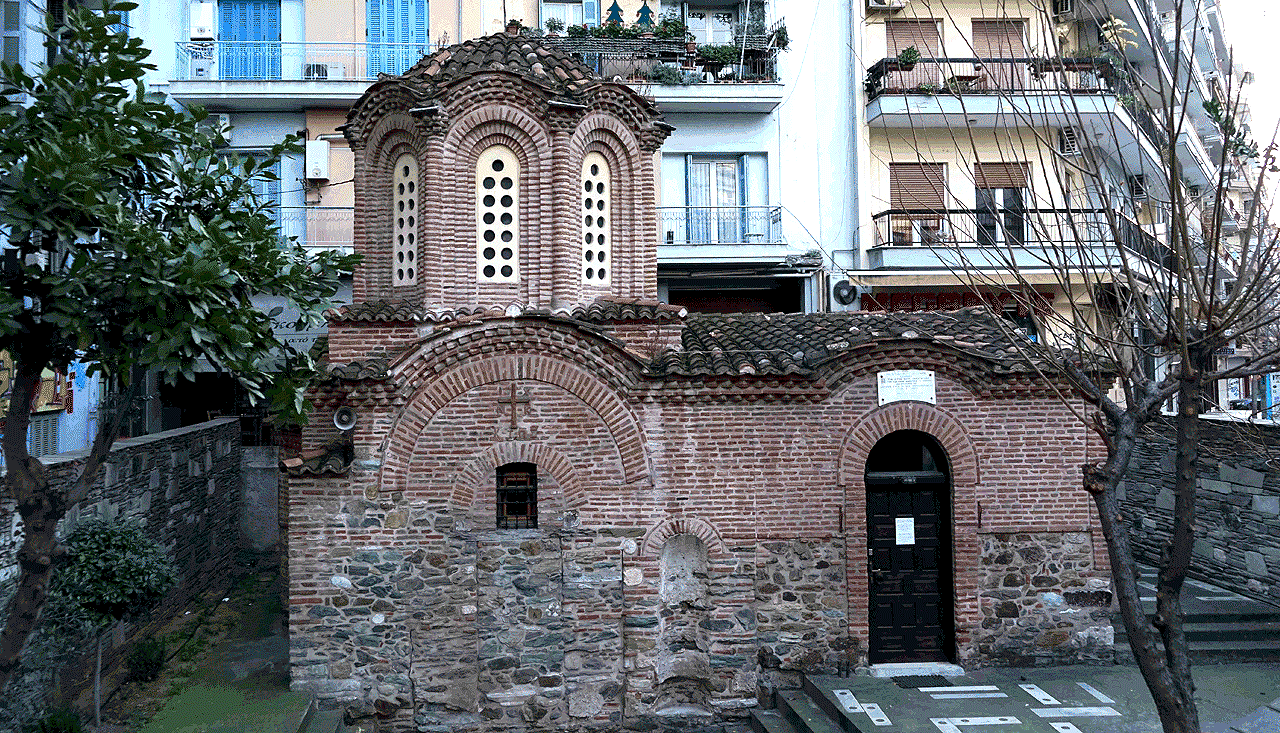 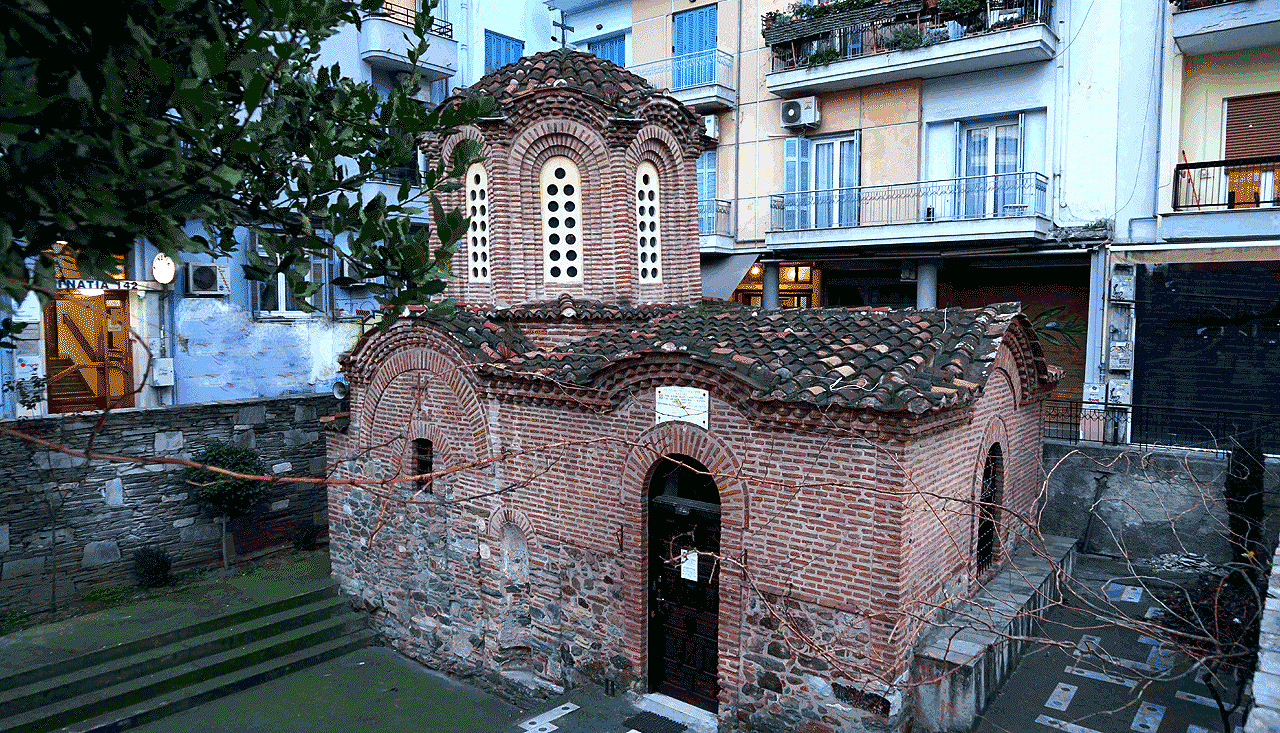 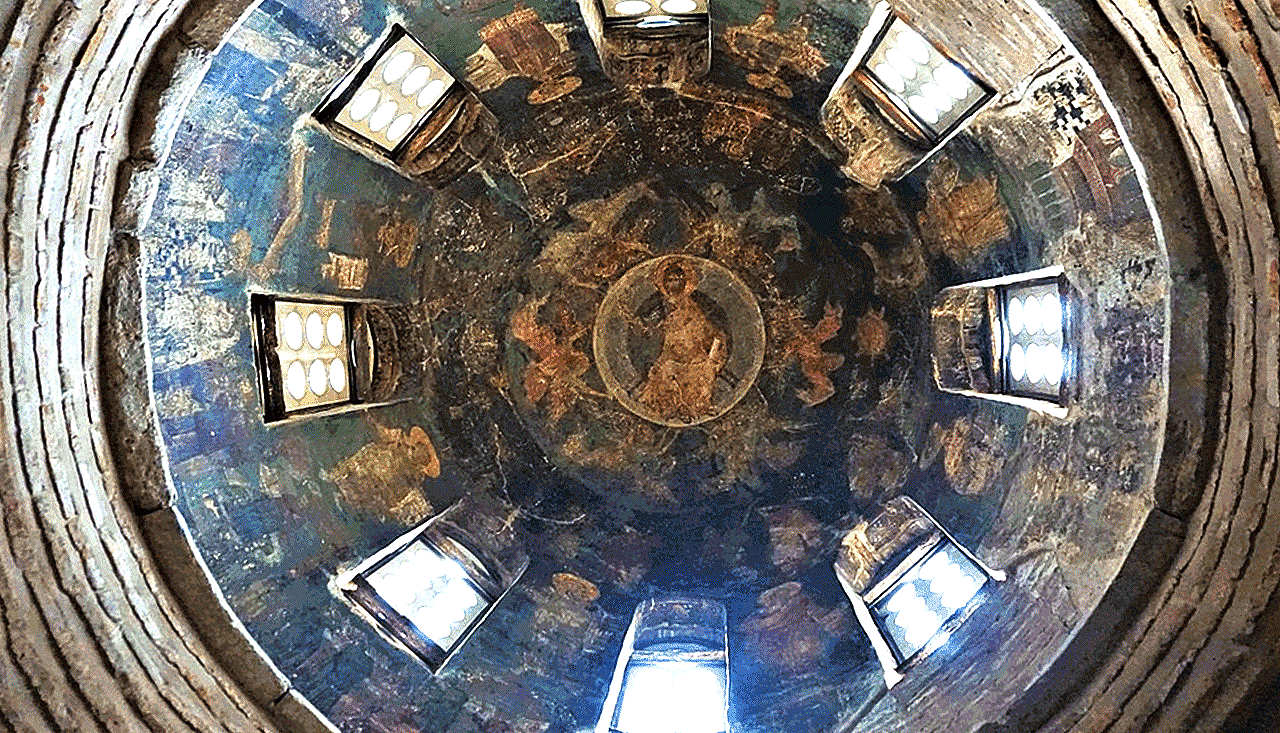 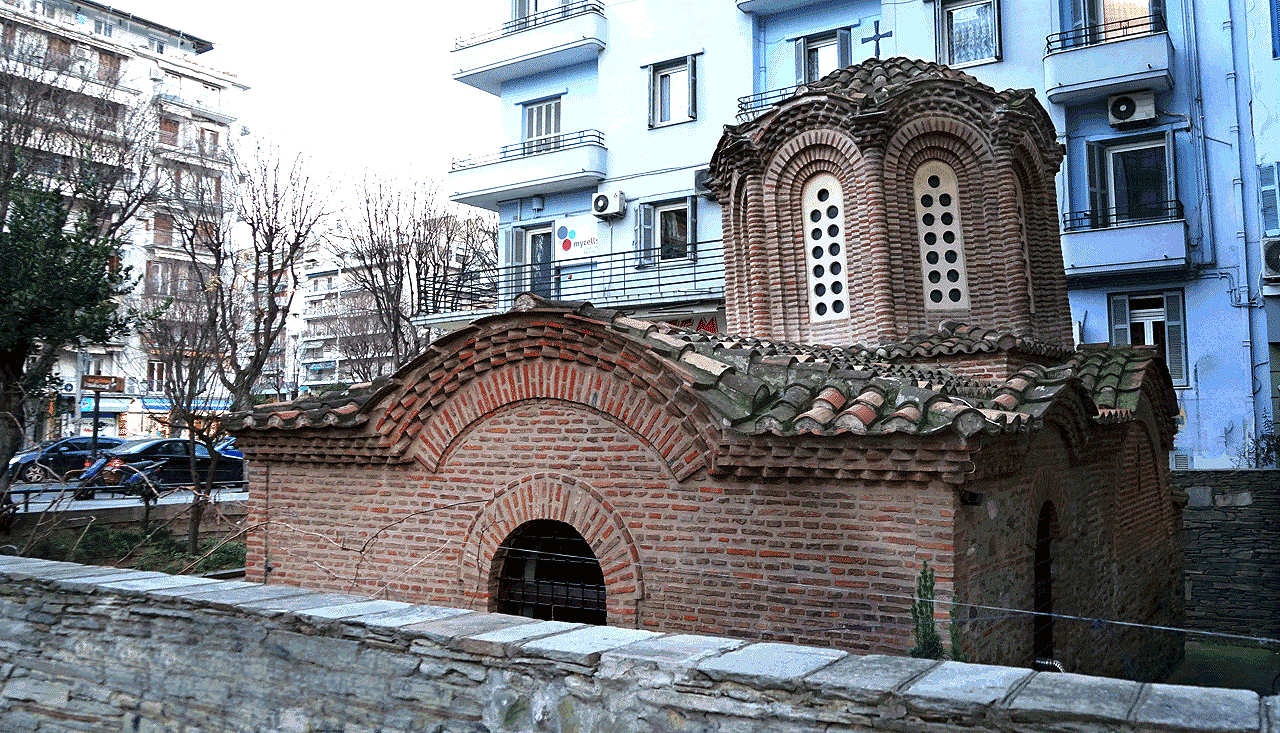 Church of the Transfiguration of Christ

The small church of the Transfiguration of Christ is located at the intersection of Egnatias and Palaion Patron Germanos streets, near Kamara and between the churches of Ipapanti and Panagouda.

The church was initially dedicated to Virgin Mary. It was probably a privately-owned church, which during the Turkish Occupation was converted into a mosque due to its small dimensions.

Architecturally, it belongs to the rare type of cross-in-church tetraconch: in the square ground plan of the church there are four conches. A large dome covers the church. Inside it a walled0-in coin was found enabling us to date the church in 1350.

The great earthquake of 1978 caused great damages to the church and led to extended repairs, during which they found the initial location of the altar and the small lead reliquary. On the northern and southern conch as well as around the church tombs were located, something that indicates that this was a cemetery monument.

Remarkable are the wall paintings at the interior of the dome, where on the top is the Ascension of Christ and on the basis the Divine Liturgy. At the representation of the Divine Liturgy Christ is not surrounded by angles, but by priests, deacons, chanters and believers. Therefore, here we do not have the representation of Heavenly Liturgy, but of the earthly Mass, as it takes place in the church.