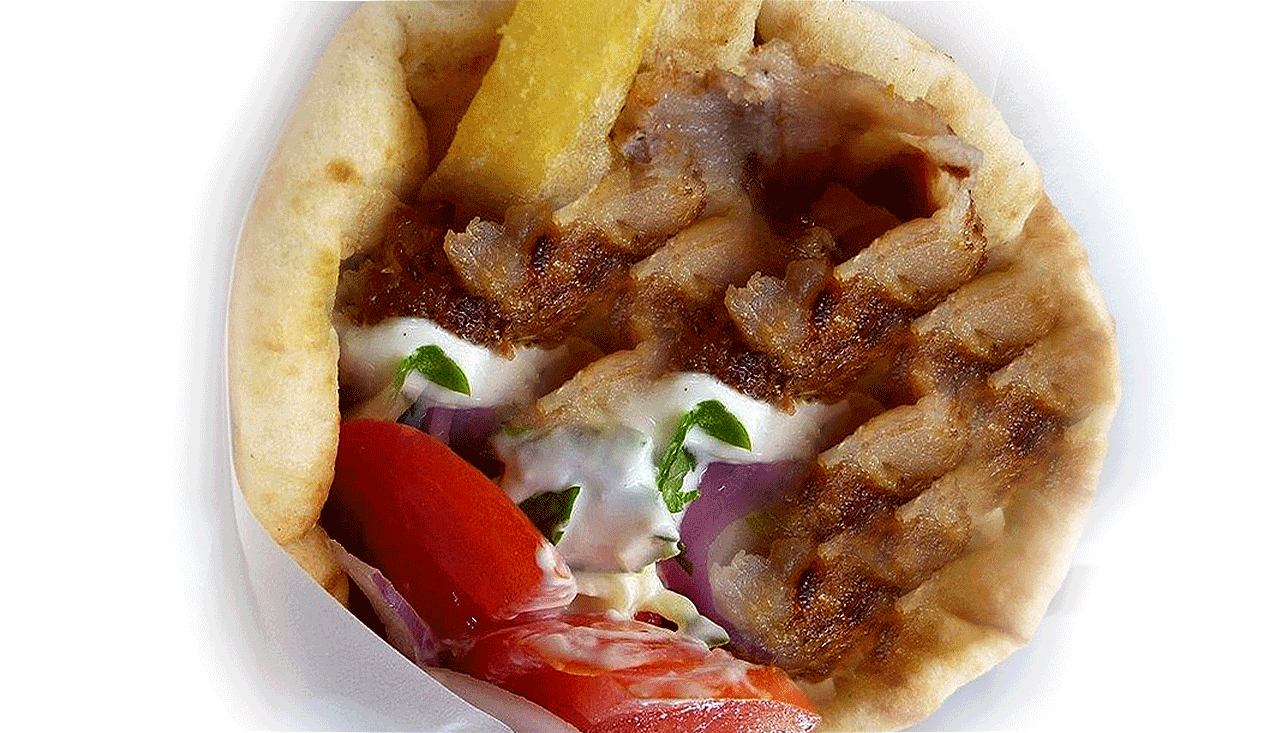 Anyone who has ever traveled to Greece knows exactly what a gyro is! A gyros is a Greek dish made of thin slices (traditionally pork, or chicken) of barbecued meat specially seasoned with herbs and spices, served with tomatoes and onions on pita bread, and topped with tzatziki sauce.

Gyros became a famous dish in Greece following the arrival of Greek immigrants from Asia Minor in the 1920s. The word “gyro” comes from the Greek word γύρος (‘turn’), as the meat slowly turns on the spit. It is considered one of the most delicious local dishes that you can find everywhere in Greece (and outside as well). Thessaloniki’s gyros are the most famous all around Greece mainly because of the delicious taste, size and price.

More in this category: « Tsoureki
back to top