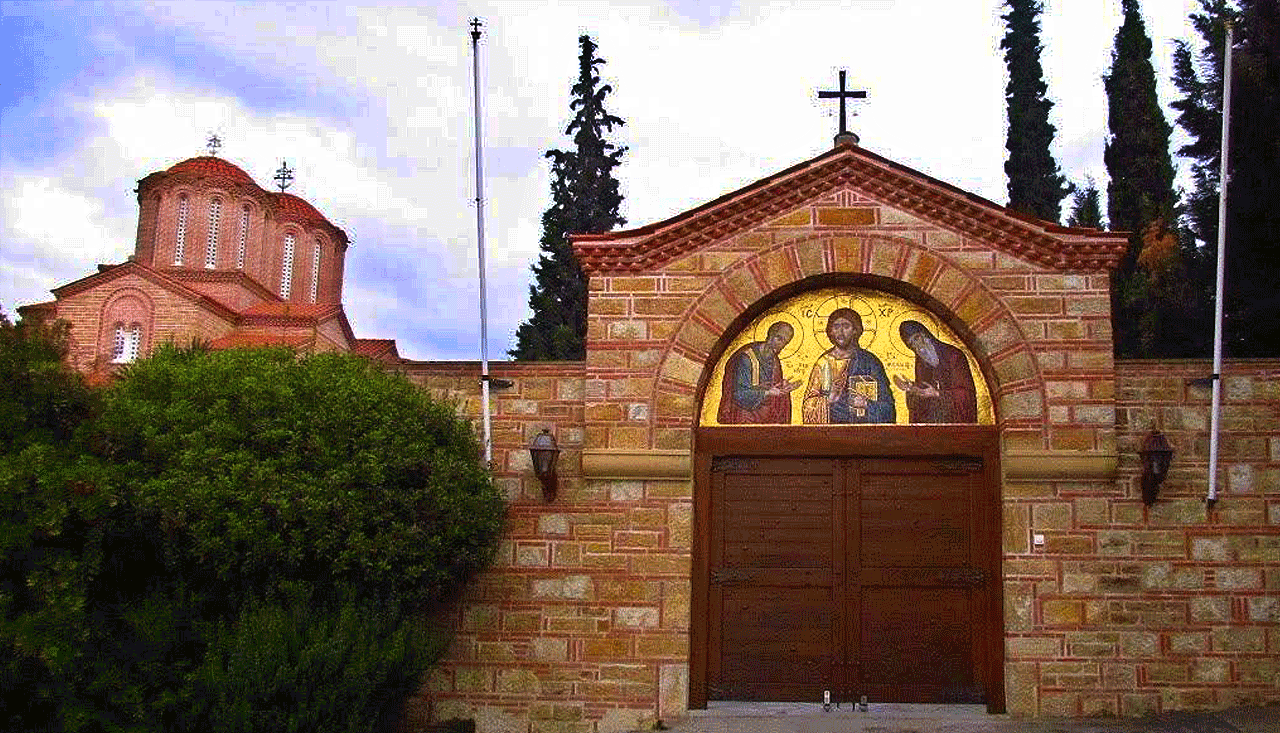 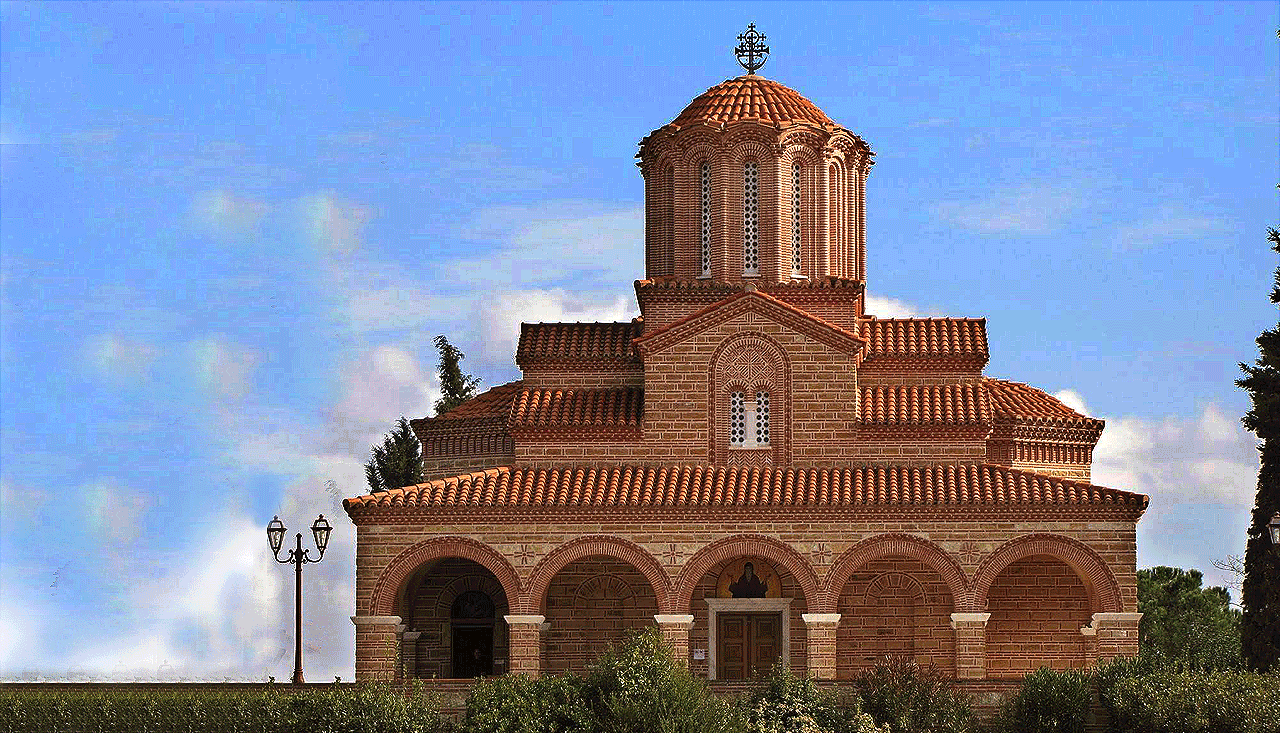 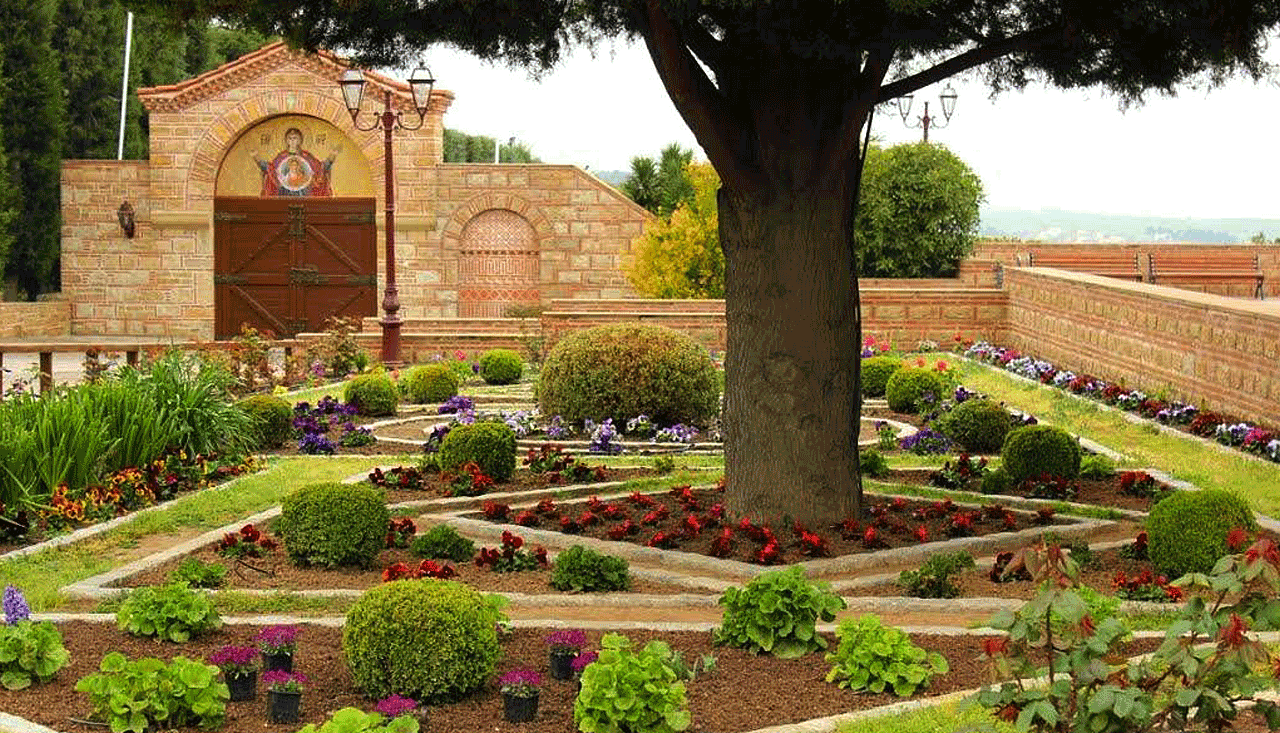 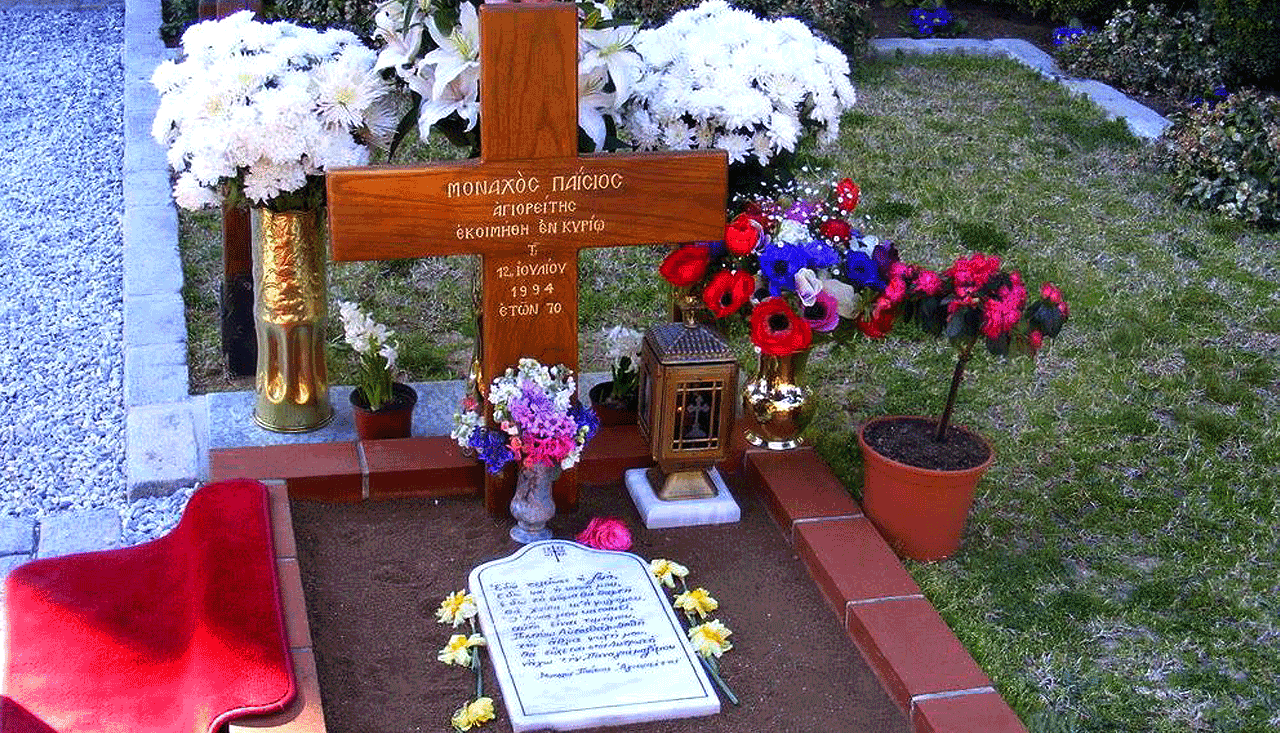 St. Paisios of the Holy Mountain - The Holy Monastery of St. John the Theologian
The Holy Monastery is dedicated to St. John the Theologian and to St. Arsenios of Cappadocia. In the Monastery are the Relics of St. Arsenios of Cappadocia, which are found in the Katholikon, along with the grave of St. Paisios of the Holy Mountain, who reposed on July 12th 1994, and was buried next to the church of St. Arsenios.
Every year, from July 11th-12th, the anniversary of the repose of the Saint, the Holy Hesychasterion serves a vigil service, with thousands of the faithful taking part. For example, on the anniversary of St. Paisios' repose in 2014 (and before he was canonized a Saint), an estimated 120,000 people came to venerate his grave. Many miracles occur through the Saint's intercessions and through the soil from his grave, which pilgrims often take as a blessing.

St. Paisios' acquaintance with the Monastery
Once, the Elder sick and was in great need of blood for his surgery. He had no relatives by his side (as he himself wished) and a group of novice nuns donated as much blood as he needed. He was very grateful for their support. Wishing to express his deep gratitude, he used to say that their kind support resembled a woolen sweater embracing his bare flesh; he wished to take it off and offer it to them in return, as an expression of his heartfelt gratitude.
The grave stone of St. Paisios, engraved with beautiful and humble poem written by him. In English, it reads:
"Here life has ended,
Here and my breath (has ended),
Here the body will be buried,
And my soul will be happy.
My Saint lives, that is my honour.
I believe that he will pity my miserable soul.
He will pray to the Saviour
To have the Virgin Mary with me."
He sympathized with the nuns who were facing insuperable problems in their effort to build their convent. So, he personally took the initiative to find a suitable area for its construction. He offered his assistance in every way he could; along with the building’s foundations, he also laid its spiritual foundations by giving instructions for the proper functioning of the convent. Thus, the Elder established a strong relationship with the Convent of St. John the Theologian and remained by its side until his death.
The Monastery of St. John the Theologian is situated in the village Souroti, 20km away from the airport of Thessaloniki.
Hours: Please note that the Monastery is closed to pilgrims Mondays, Wednesdays and Fridays, while the schedule for the rest of the days is according to the following hours. The Monastery is open:
Tuesday and Thursday Winter 10:00 - 13:00 and 16:00 - 18:00, Summer 10:00 - 13:00 and 17:00 - 19:00
Saturday Winter 10:00 ­ - 15:00, Summer 10:00 - 15:00
Sunday Winter 11:00 - 13:00 and 16:00 - 18:00, Summer 11:00 - 13:00 and 17:00 - 19:00


During the Clean Week and the Holy Week the Convent is closed.

Entry to the Convent is not allowed to women wearing trousers, short skirts, and sleeveless or backless dresses. Women should wear a skirt that’s wide and long, reaching below the knee.The Convent does not provide skirts, shawls/scarves or other articles of clothing.
Entry is also denied to men wearing shorts or sleeveless shirts. These rules also apply to children.

Celebrates: St. John the Theologian on 8th May, Saint Arsenios of Cappadocia on 10th November, Saint Paisios on 12th July

Directions -> How to get there
More in this category: « Monastery of Agia Anastasia Farmakolytria
back to top