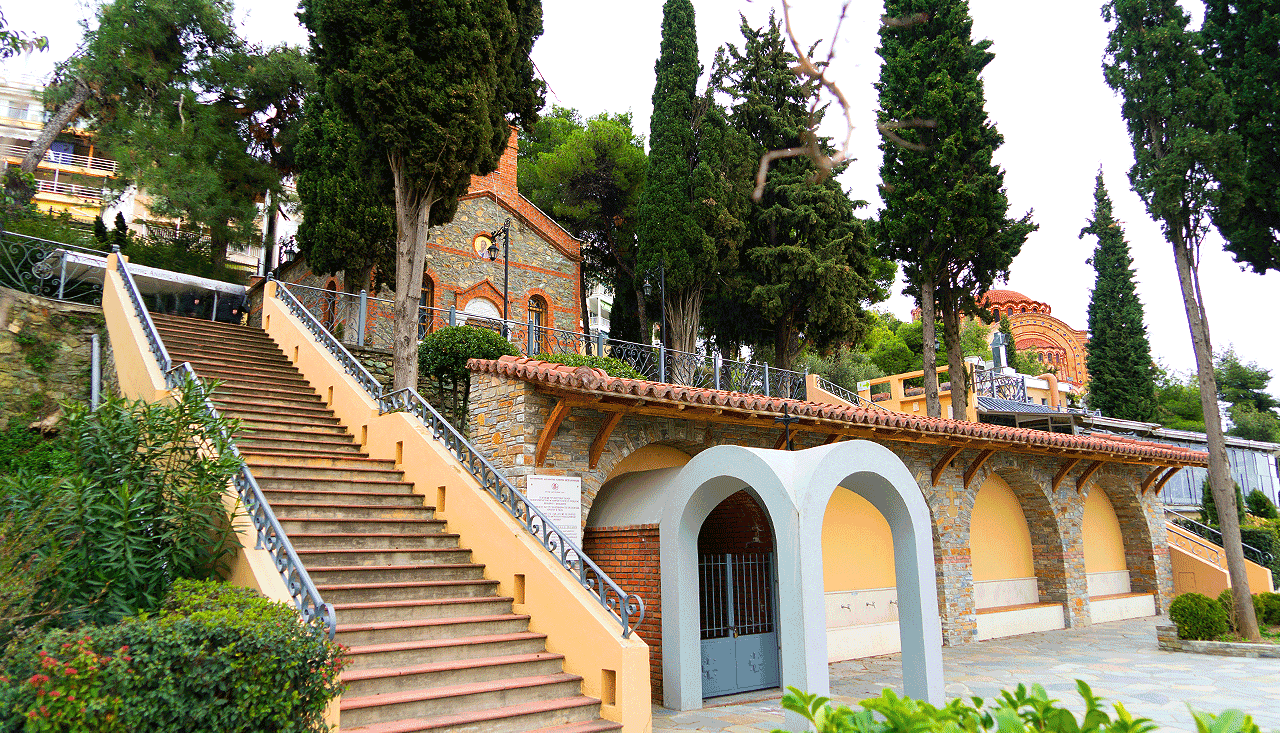 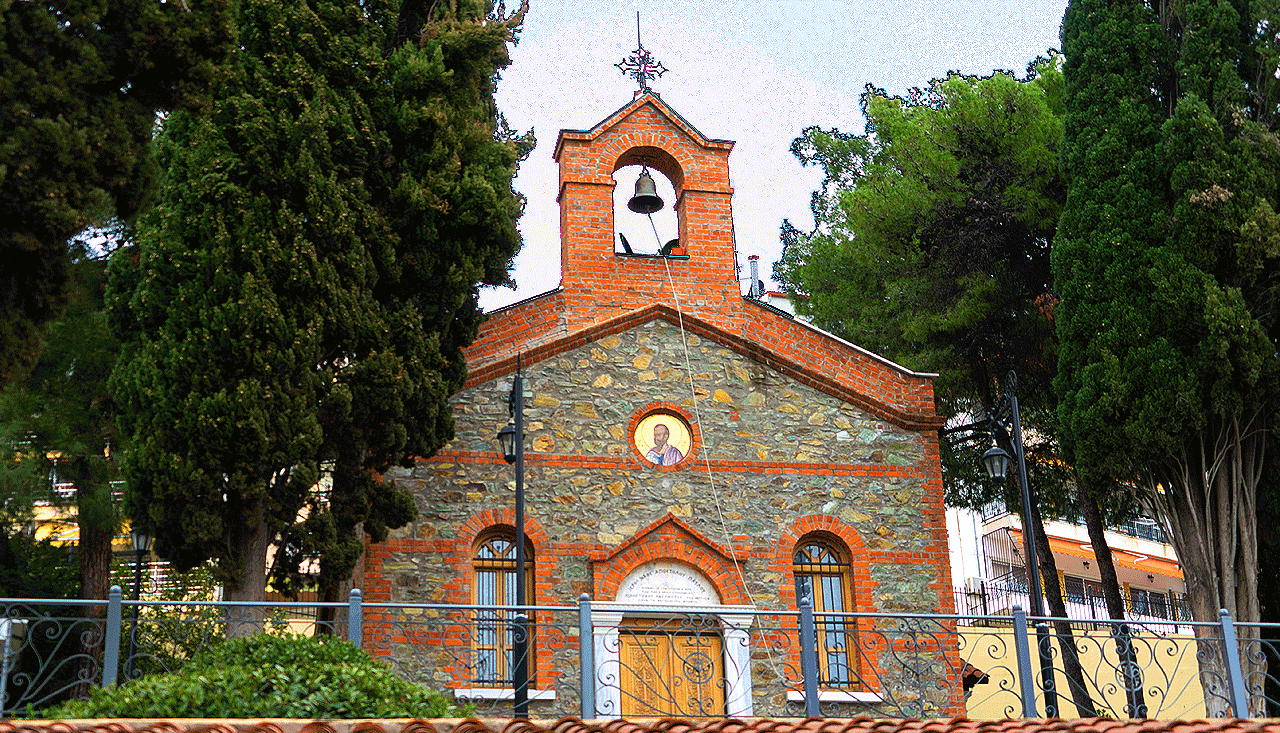 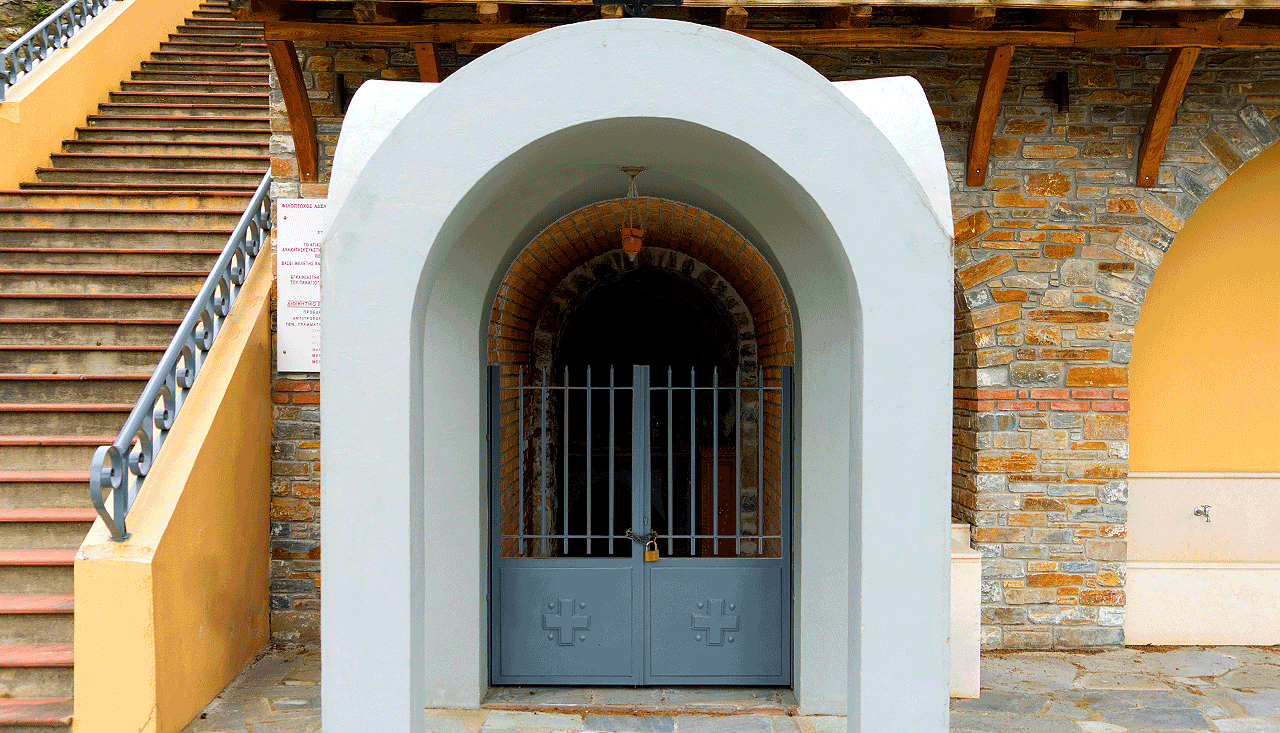 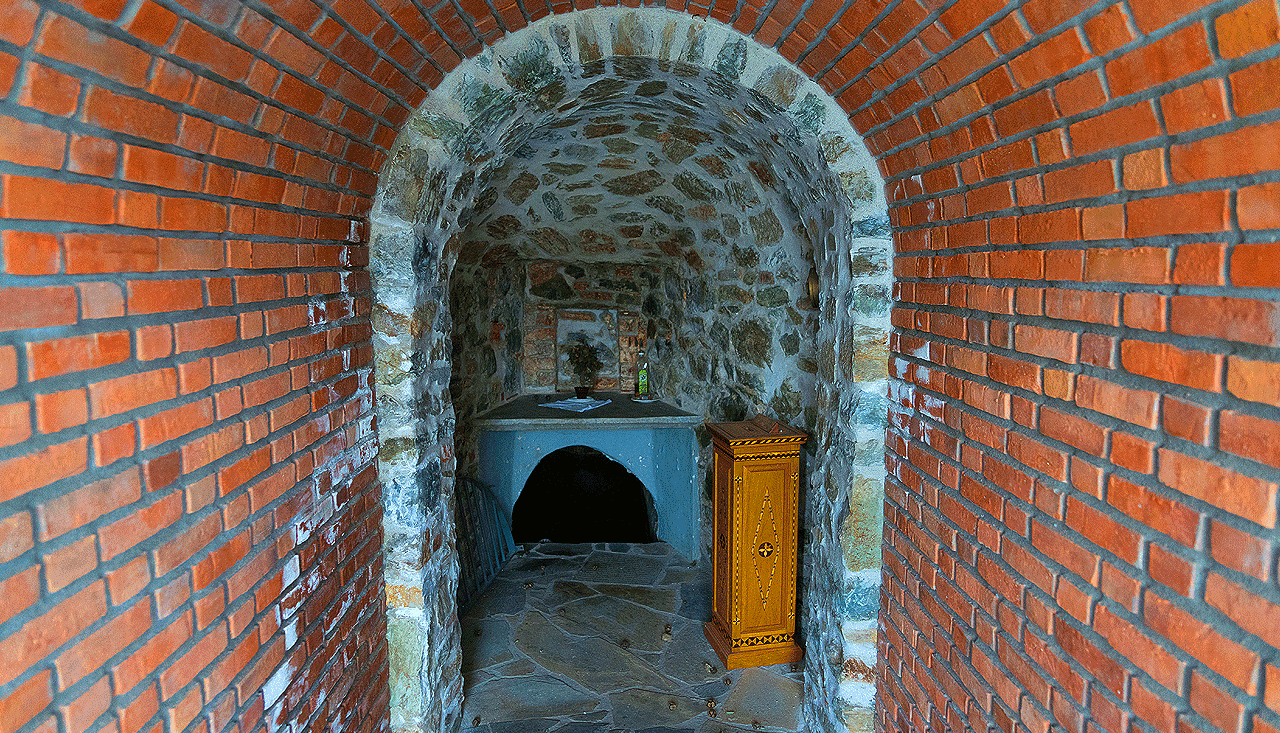 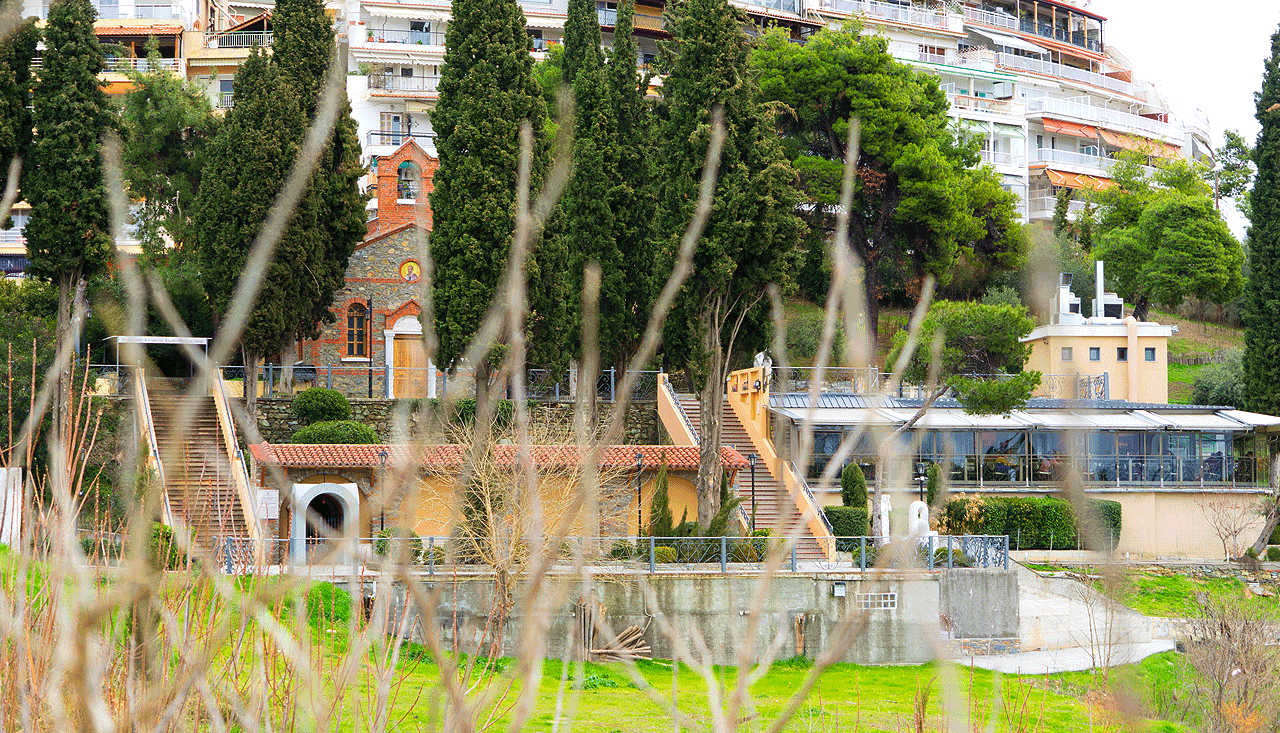 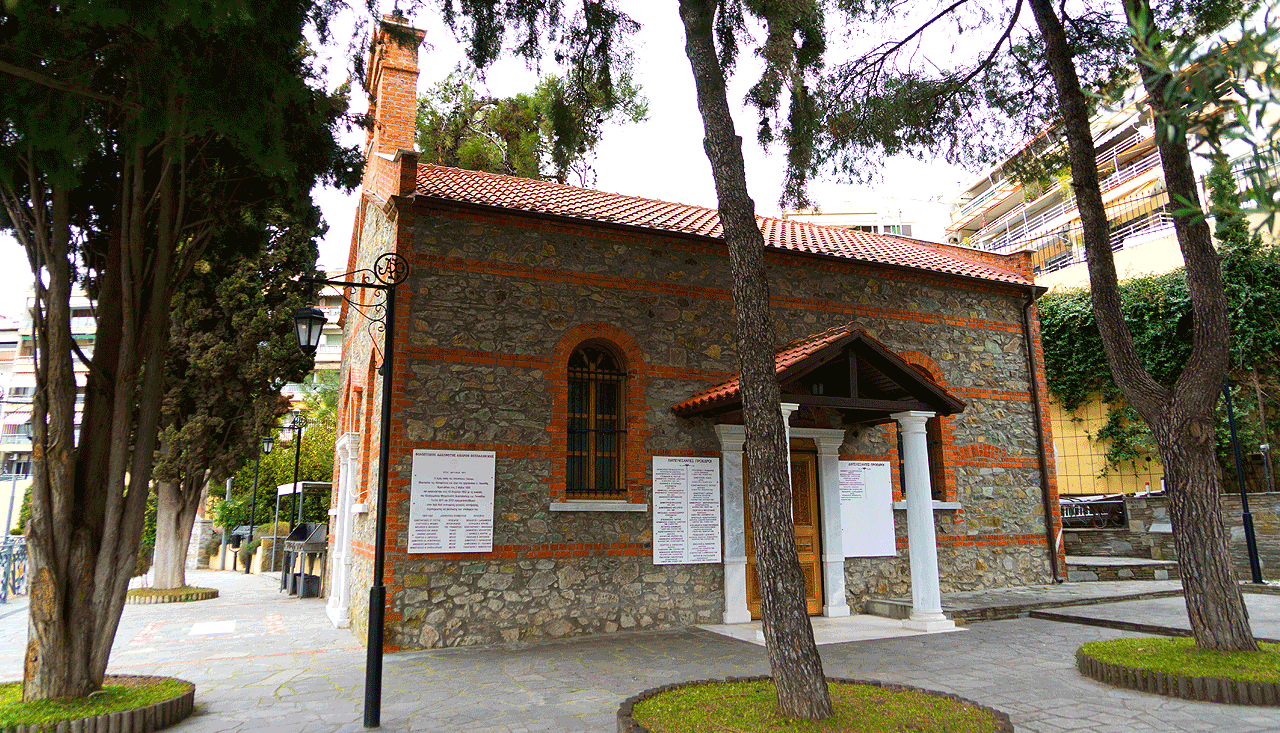 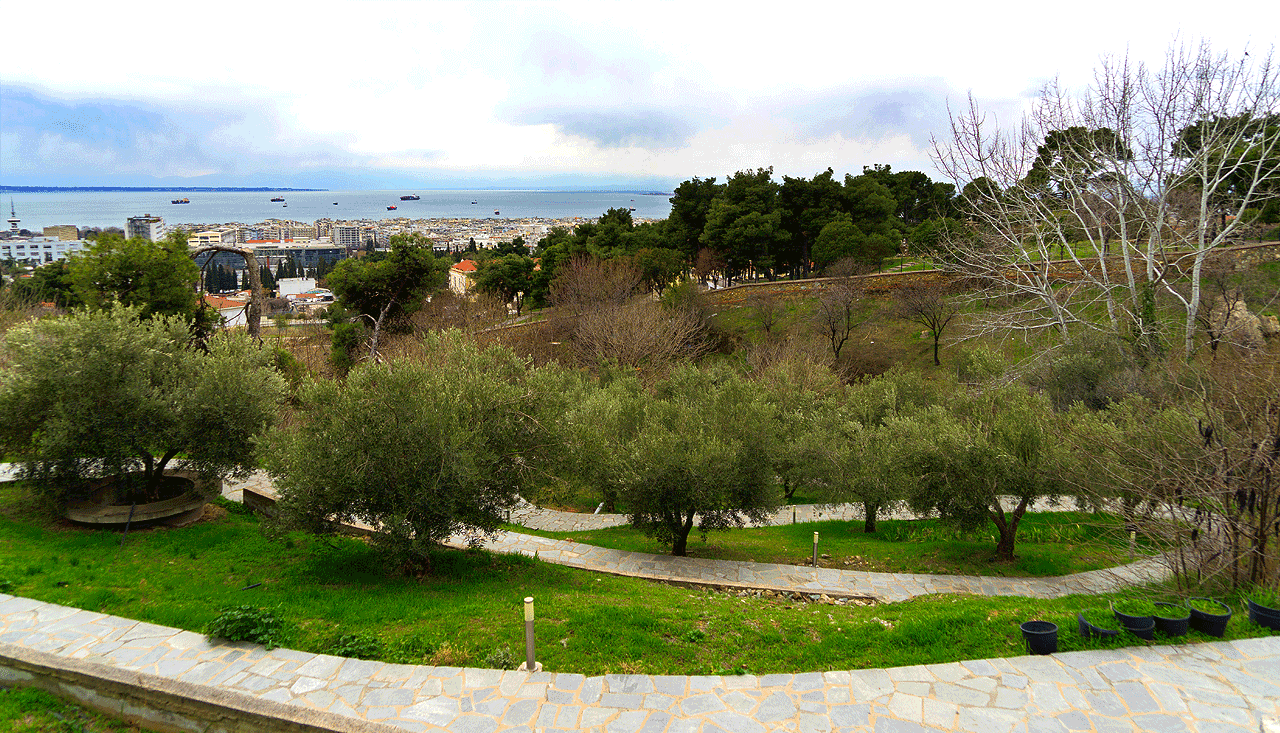 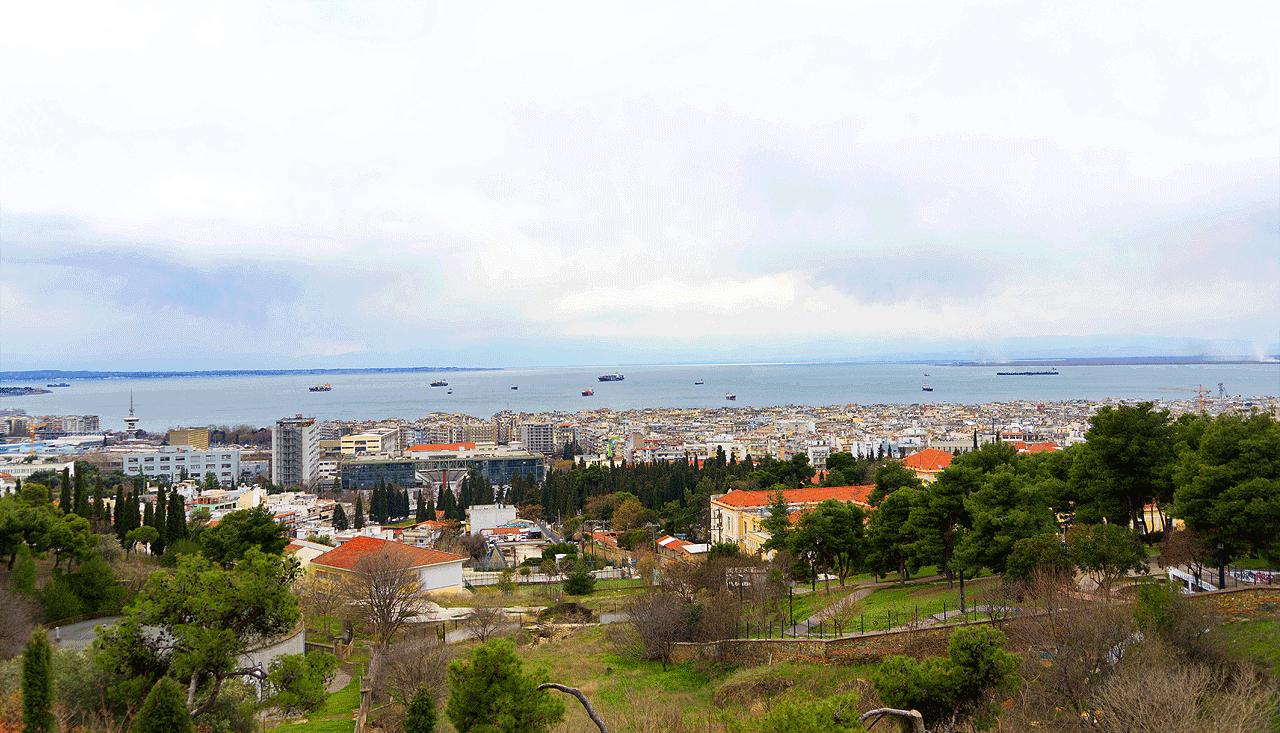 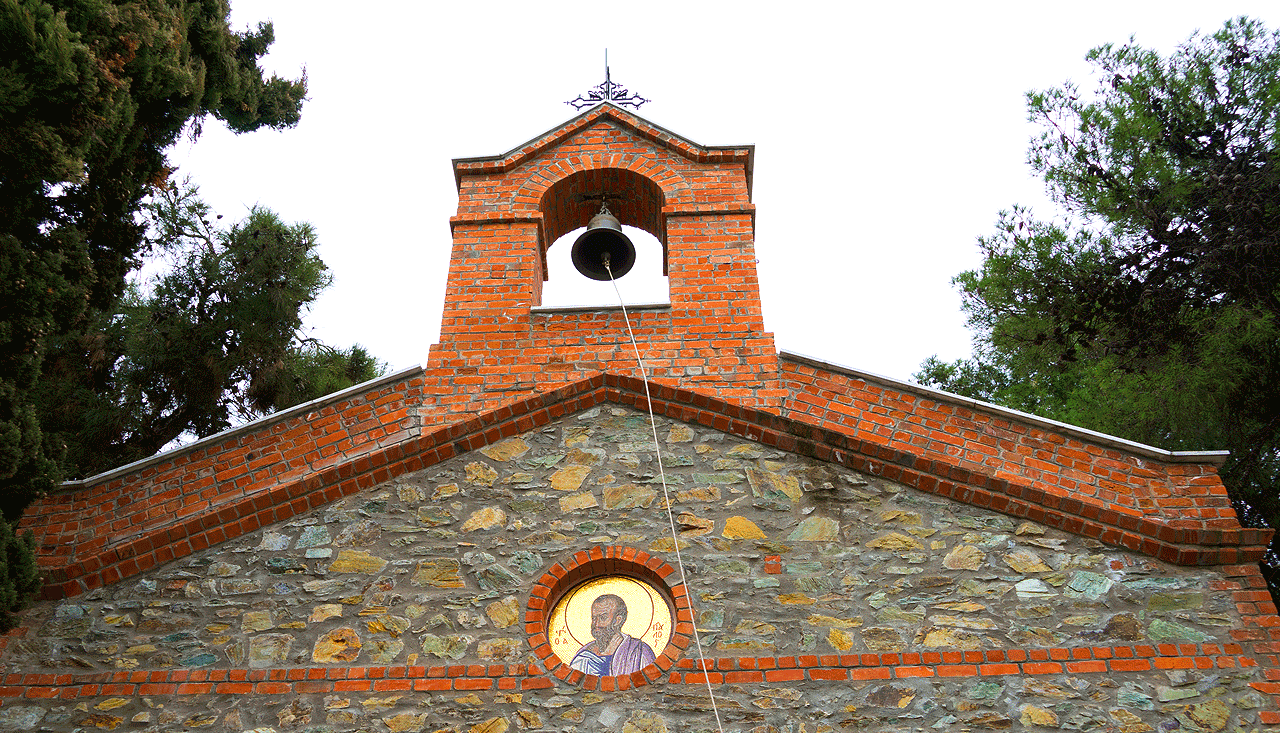 According to tradition, in this area, east of the later Monastery of Vlatadon, at the foothills of Kedrinos hill, there was a spring of water where the Apostle drank some water, when the residents helped him escape from the walls of the city on his way to Veroia. The spring became known as the “holy spring of Apostle Paul” and was an area of pilgrimage for the believers for centuries.

During the period of the Turkish occupation, in 1875, the Greek community granted the area to the Charitable Brotherhood of Men of Thessaloniki and after the liberation of the city as small church was built dedicated to Apostle Paul. The church was designed by the architect Xenophon Paionidis and was inaugurated on the 10th of April 1922, Sunday of Thomas. During the decade of 1970 the modern majestic church was constructed a bit higher.

Today at the estate of the Charitable Brotherhood of Men of Thessaloniki, at the shadow of the impressive large church, one can visit the small church, to wander in the beautifully shaped area of the yard, to see the point where, according to tradition, Apostle Paul rested, to follow the path until the tribune and the holy spring and admire the view to Thermaic Gulf. Since 1922 the church has been the focus of a brilliant celebration on the day of celebration of Peter and Paul, on the 29th of June. Nowadays, each summer they carry out the Agiopaulitika, a three-day celebration that combines the religious events with folk tradition and modern culture.

Directions -> How to get there
More in this category: « Church of Panagia Laodigitria or Panagia Lagoudiani
back to top