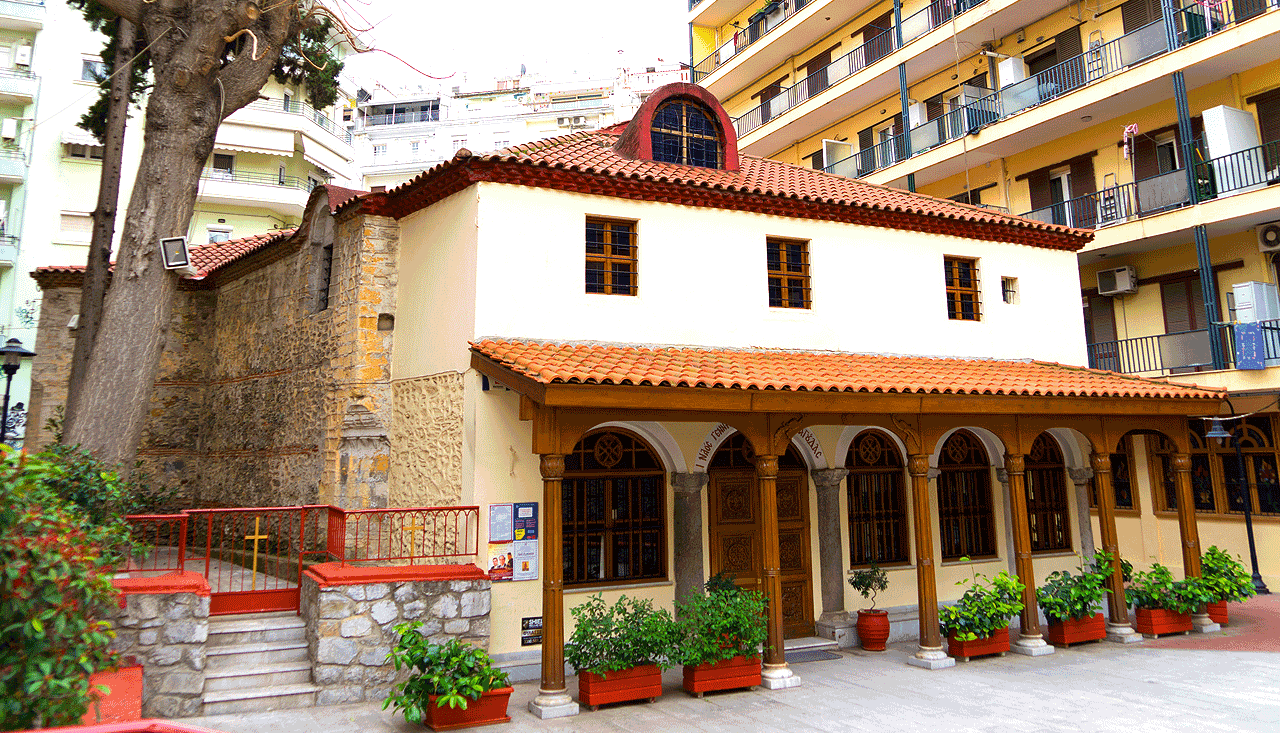 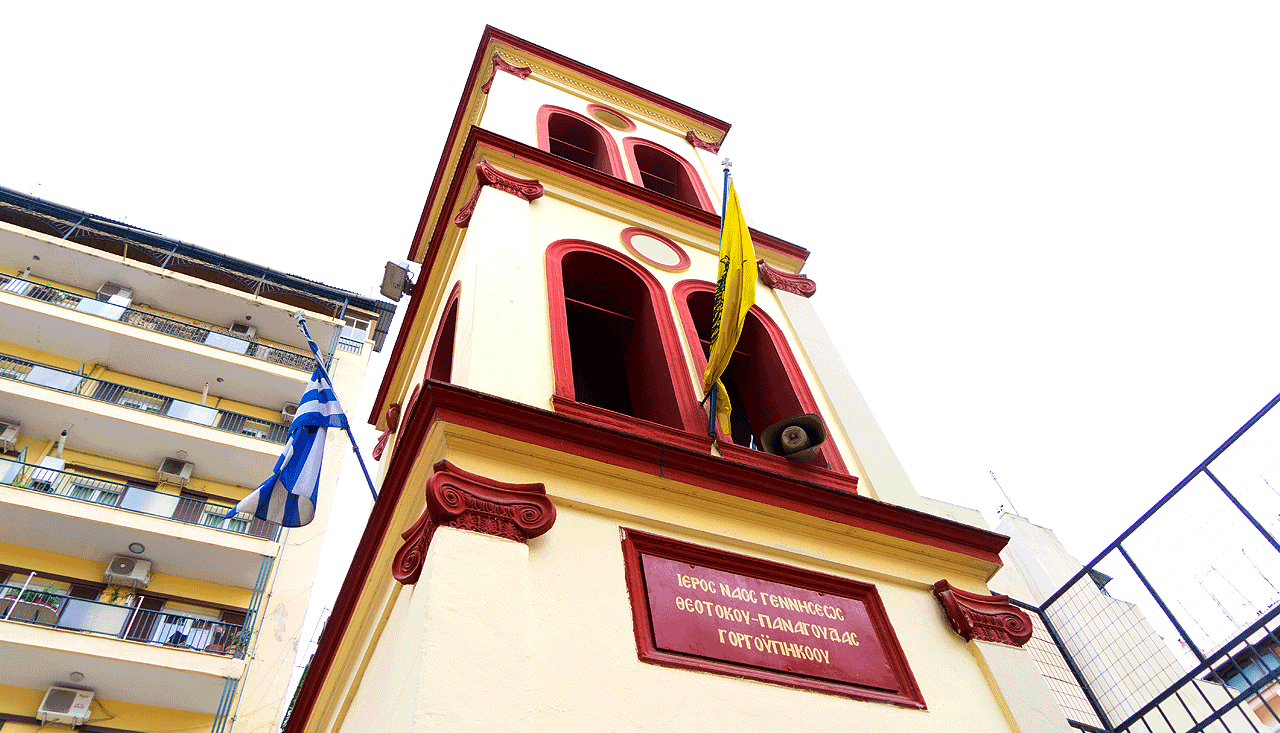 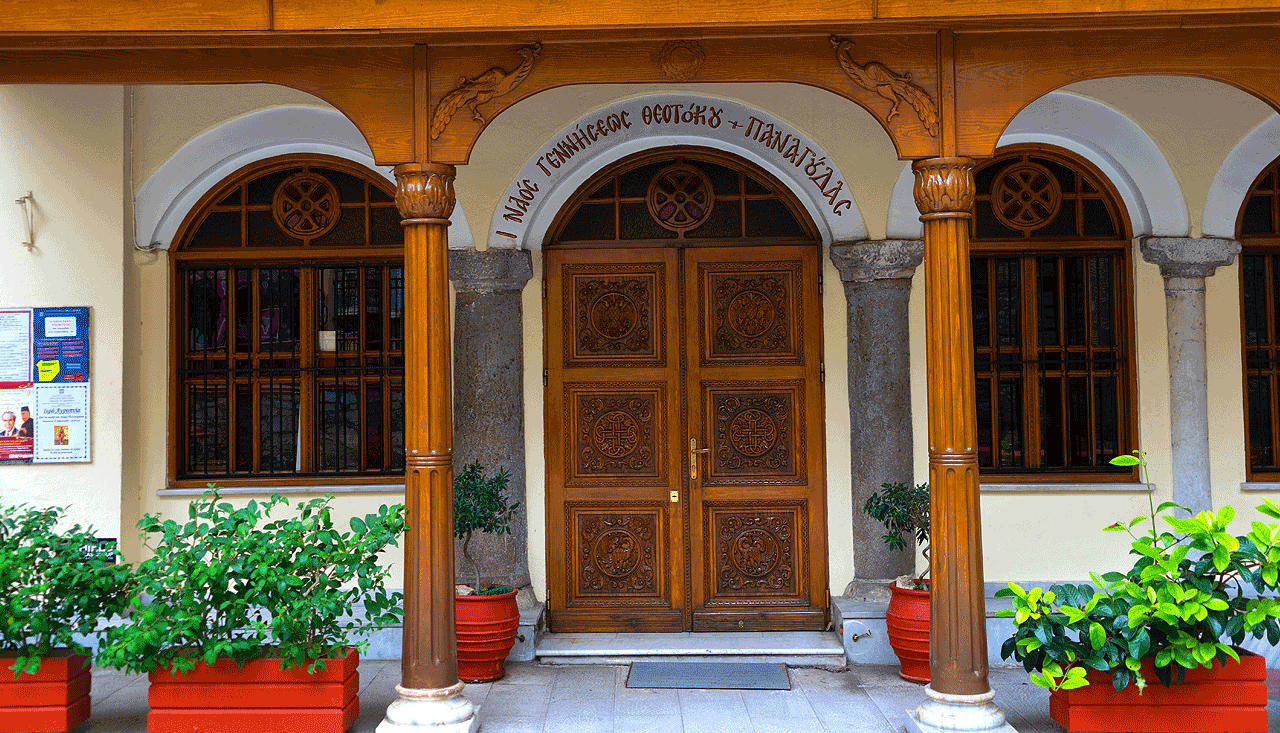 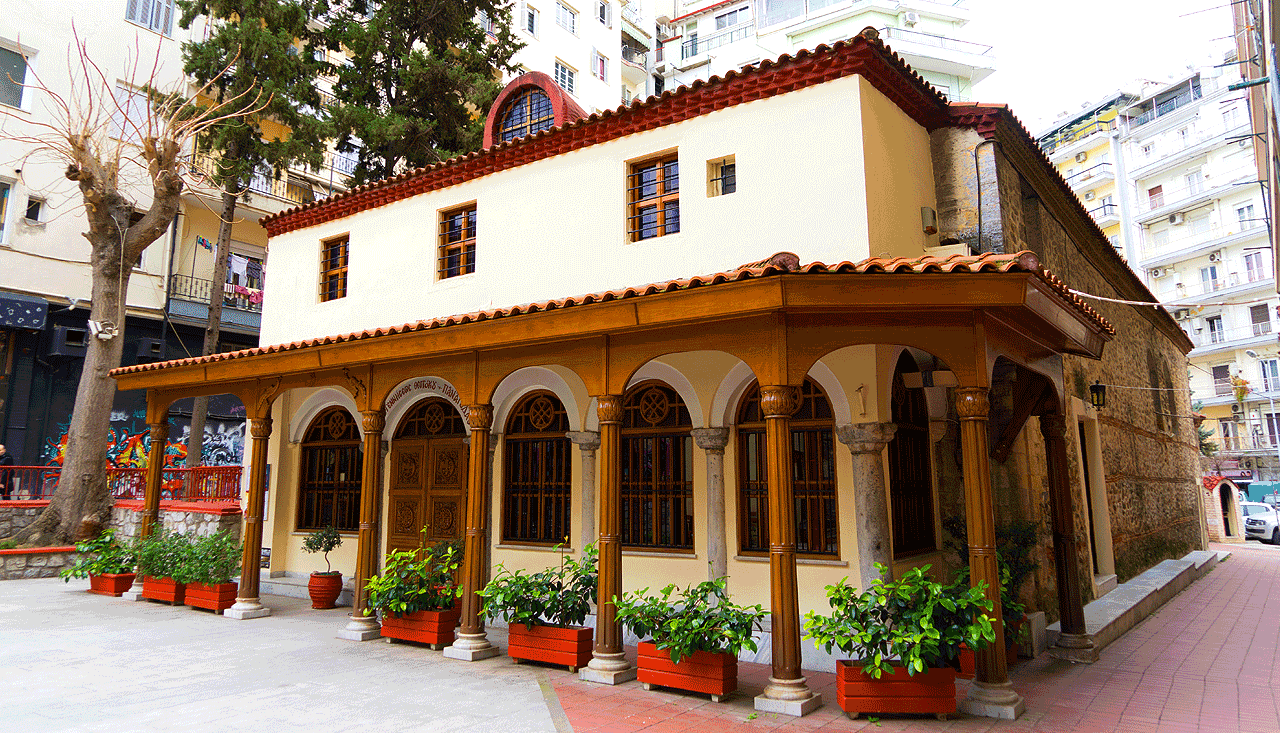 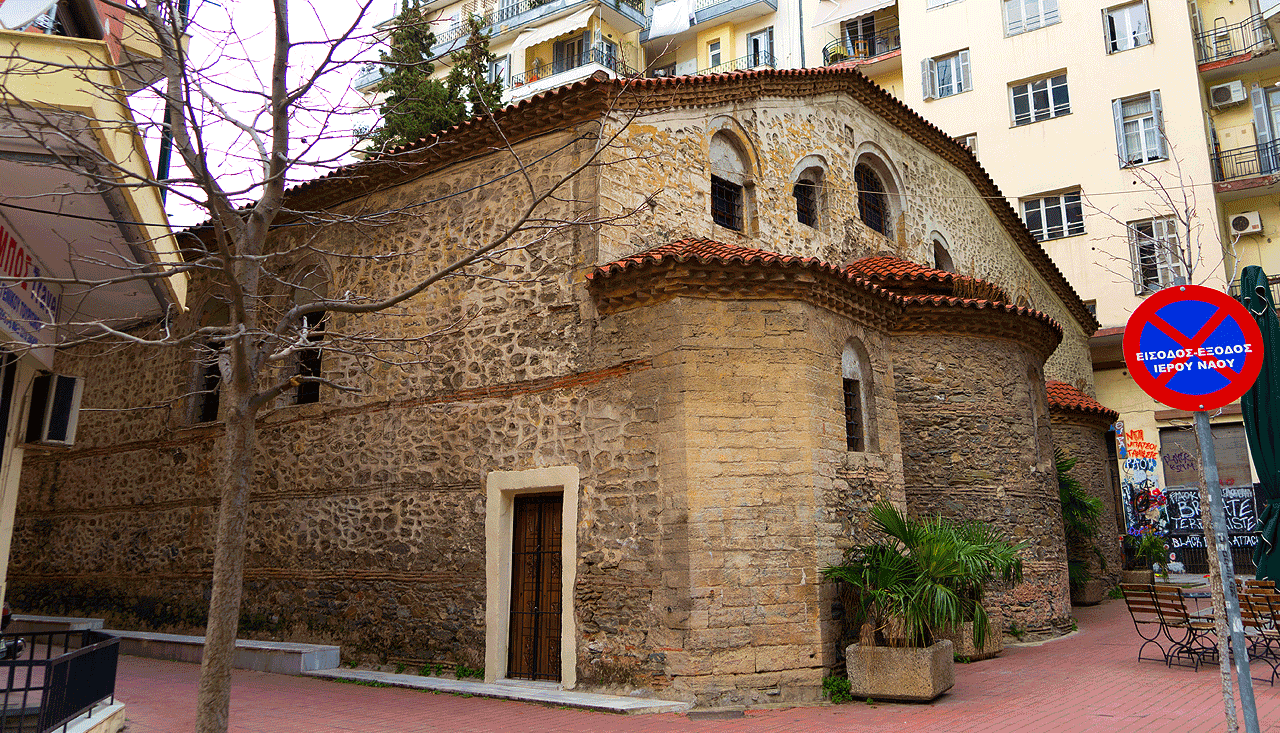 The Church of Panagia Gorgoepikoos, known as Panagouda, was built in 1818 and replaced an earlier church that burned down a year earlier. It is located at the junction of Egnatia street with Paleon Patron Germanou street and it is dedicated to the Birth of Panagia. It belongs to an architectural type widespread in Macedonia during the Turkish domination, particularly in the 19th century, the one of three-naved basilica with a zenana.

The construction of the church took place in 1818; indeed, as we are informed from archival sources, the building was constructed more extended than allowed by the Turkish authorities, which justifies its large dimensions.

Website: inpanagouda.gr
Directions -> How to get there
More in this category: « Church of Nea Panagia Church of Panagia Laodigitria or Panagia Lagoudiani »
back to top