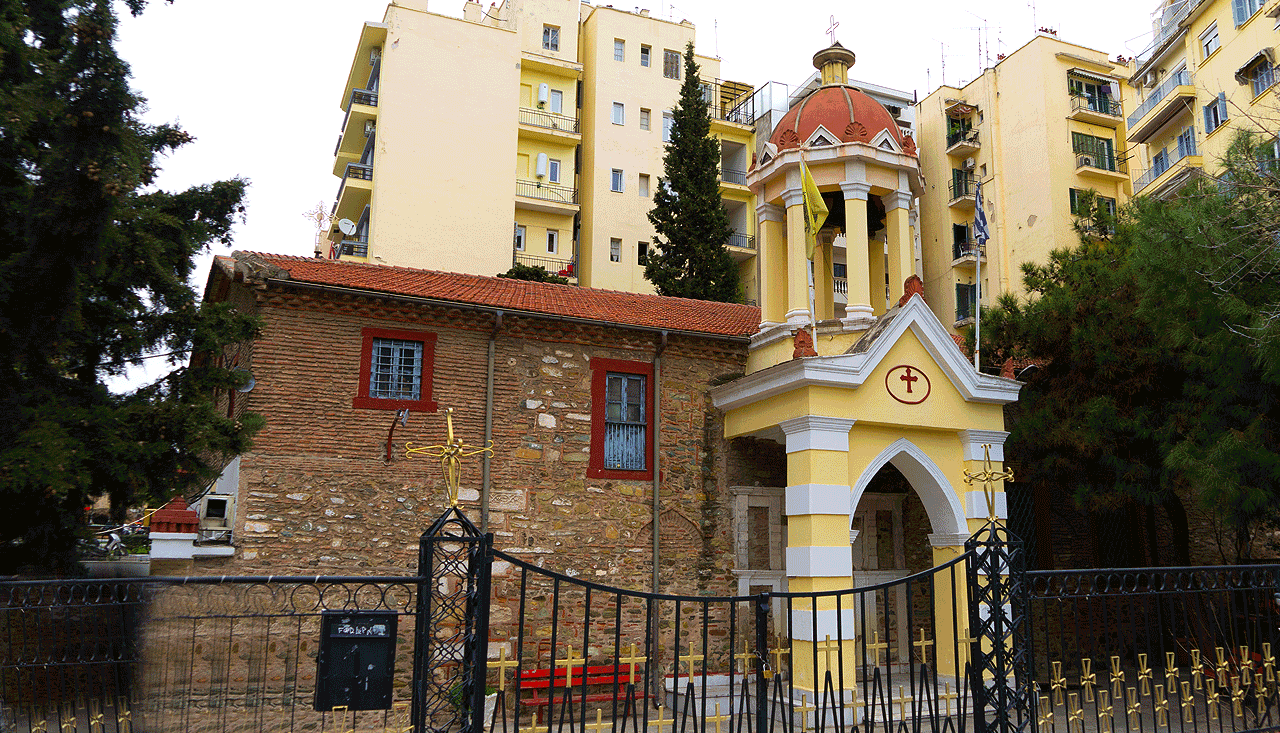 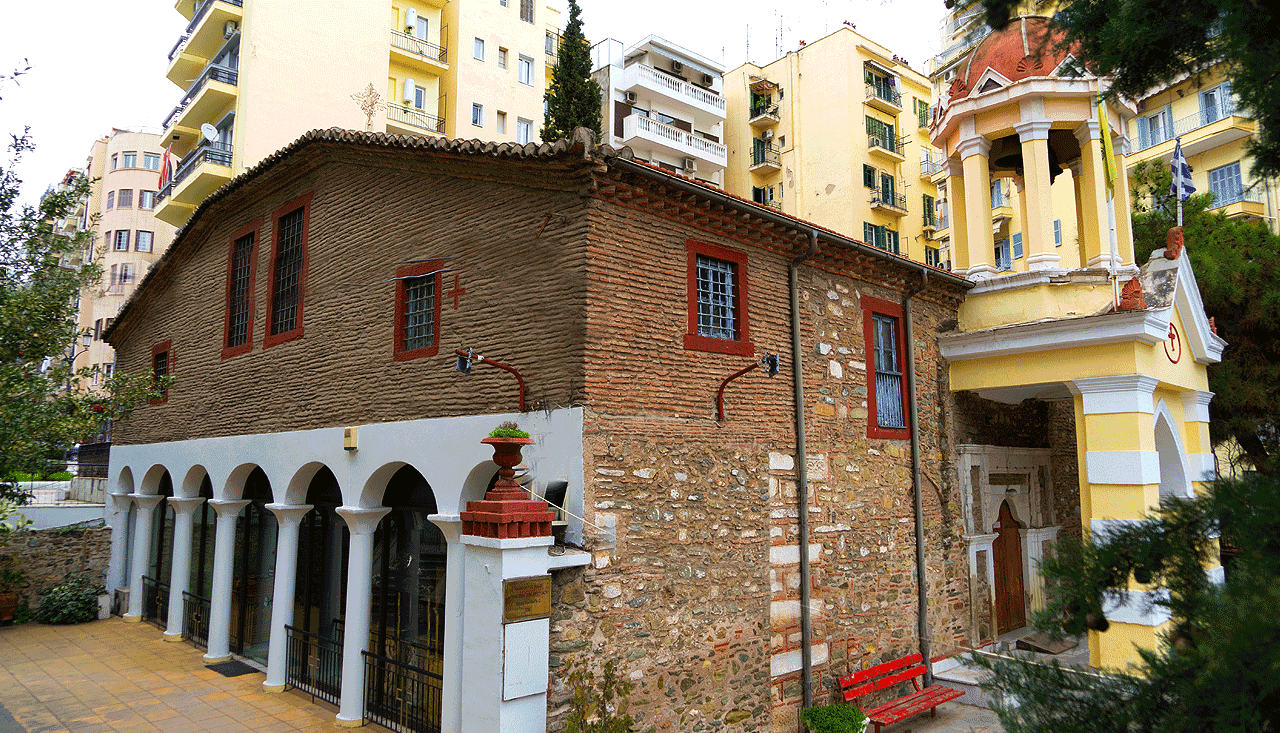 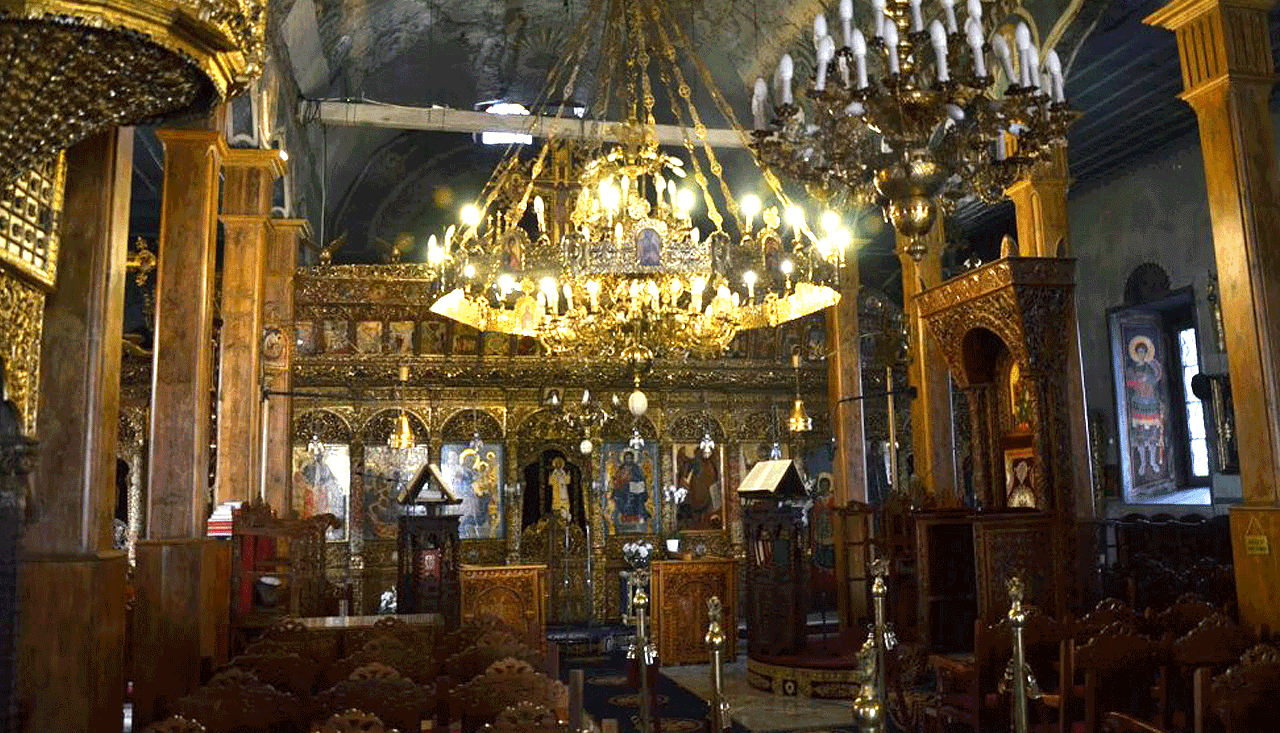 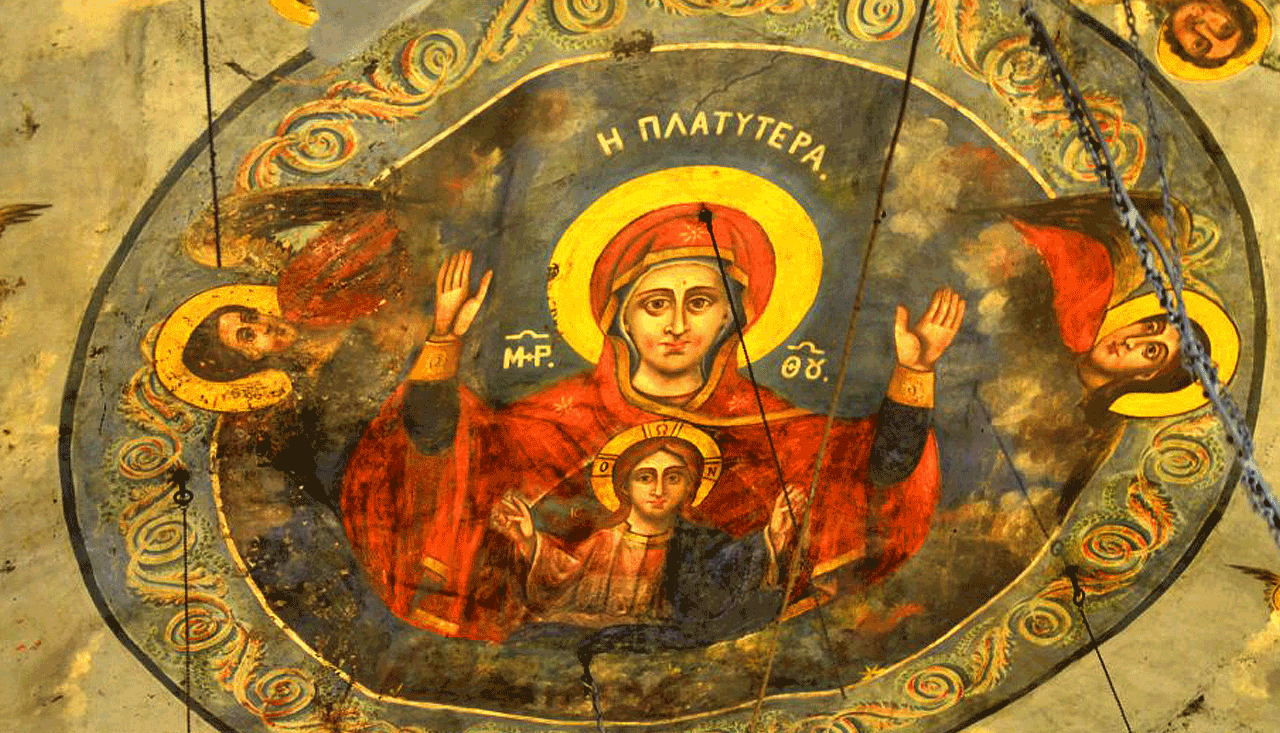 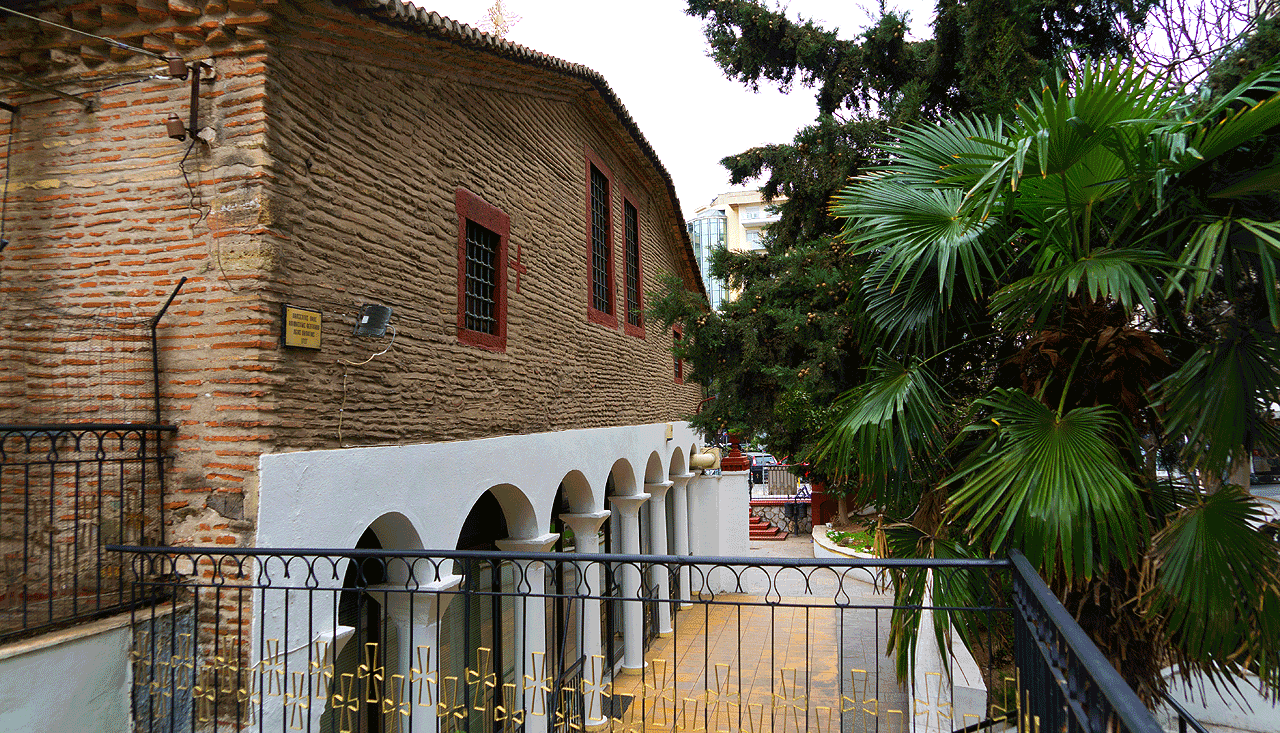 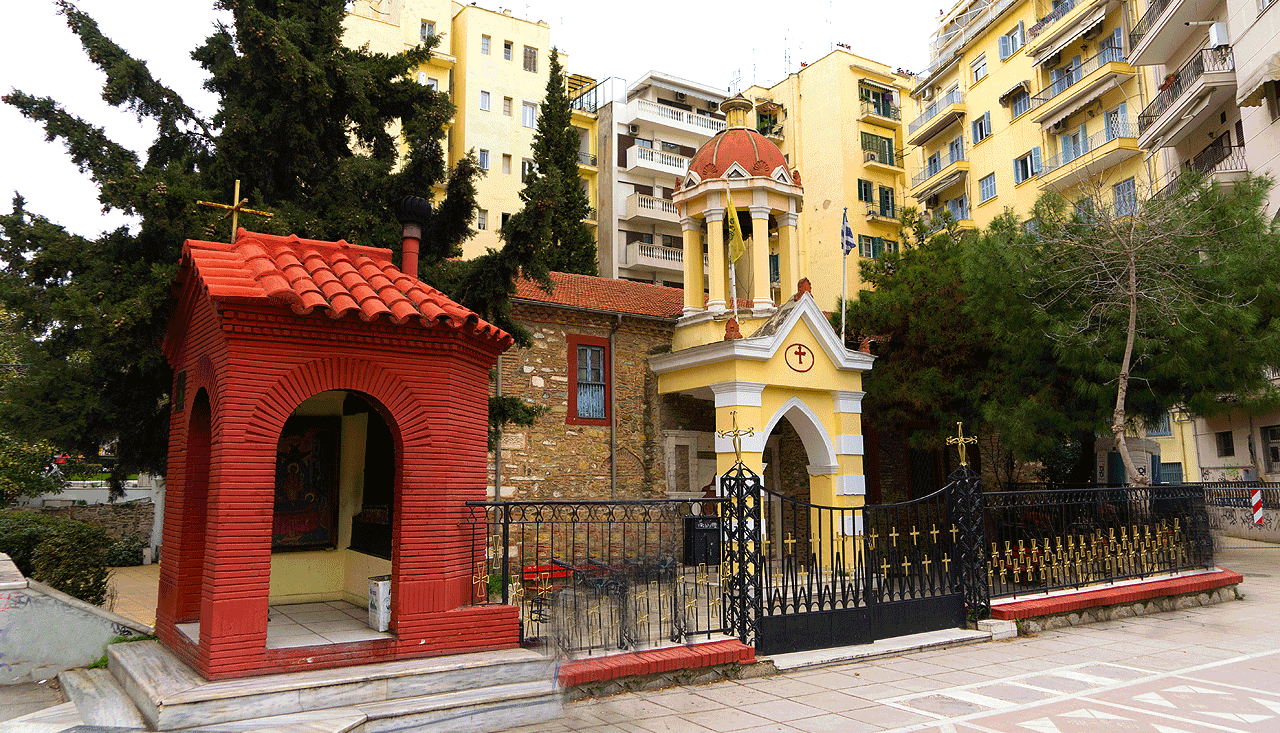 The church of Nea Panagia (New Virgin Mary) at the junction of Demetriou Gounari and Mitropoleos streets, earlier known as the church of Megali or Trani Panagia (Great or Powerful Virgin Mary), is dedicated to the domination of the Virgin Mary.

In the same place there was a monastery of Virgin Mary in the late 12th century. The church was destroyed after a fire in 1690 and was reconstructed in 1727, according to an inscription on the over panel of the south entrance. It is a three – aisled basilica with a gynaikonitis (women’s section), and o colonnade on the western side.

Its interior décor is of special interest. The wall-paintings are remarkable composition of in-wall painting, of the 18th century in Thessaloniki, and the woodcut iconostasis was gold-plated in 1763. Some icons of the iconostasis are also dated to same period, while the Episcopal throne, the pulpit and the painted décor of the roof are works of the 10th century.

Directions -> How to get there
More in this category: « Catacombs of St. John the Baptist Church of Panagia Gorgoepikoos Panagouda »
back to top